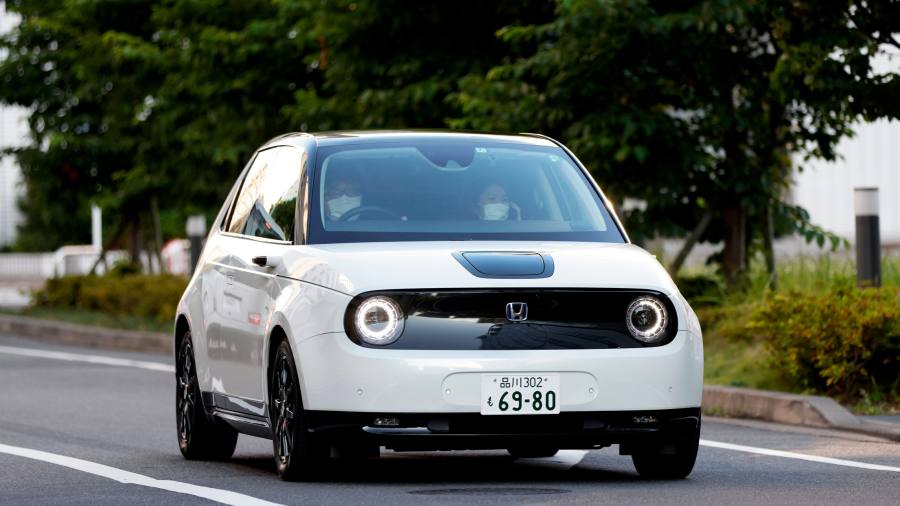 Everything we know about Japanese carmakers is changing. A long established pattern of home currency weakness boosting their share prices has not worked this year. Investors need a new strategy.

A weaker yen, the industry’s reporting currency, has historically meant higher profits for Japan’s big three carmakers — Toyota, Honda and Nissan. This formula still holds true for other local exporters such as gaming. Nintendo just reported a record fiscal first half net profit in the six months to September.

In the past year, the currency has weakened from ¥113 to ¥146 against the US dollar. Each ¥1 fall should produce a more than ¥40bn operating profit for Toyota.

Yet while operating earnings did improve for the trio — they largely disappointed markets. Toyota’s profit for the September quarter was significantly below market expectations. It also cut its production target for the fiscal year through March. Though Honda managed to raise its full-year outlook for operating profits, the forecast for the full year was still below expectations.

Part of this poor showing has been because of strategic hedging by automakers, which have increased their proportions of overseas production. Instead of providing carmakers with record profits, this year’s yen collapse exacerbates the rising costs of imported raw materials and energy.

Combined with chip supply disruptions, which are hitting Nissan particularly hard in recent months, these factors cloud the sector’s future.

Nissan is meanwhile coping with changing dynamics within its partnership with France’s Renault. The two are renegotiating their equity ties, in which Renault owns 43 per cent of Nissan but Nissan has just a 15 per cent stake in Renault, adding uncertainty.

Shares of Nissan and Toyota are down more than 12 per cent this year, more than double the declines of the broader benchmark index. Yet shares of the trio all trade at a premium to global rival Volkswagen. For Toyota, that premium is more than double.