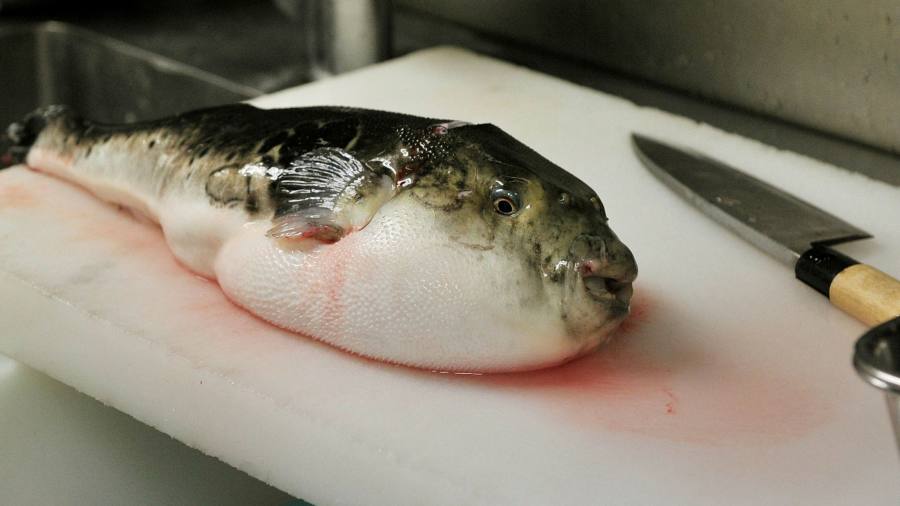 For centuries, the lethally poisonous fugu has maintained an unlikely position among Japan’s top culinary favourites. But over the next seven years, according to a recent corporate filing, a prominent purveyor of the beloved fish must work harder than ever before.

In late December, Tokyo Ichiban Foods, a listed company that farms various fish and runs one of the country’s largest chains of fugu restaurants, laid out a new growth plan which analysts view as a stretch.

By the end of fiscal 2028, Tokyo Ichiban forecasts, sales will be more than twice where they were in September 2021 and recurring profits will have soared 10-fold. Even if the pandemic ends abruptly, dining-out resumes at full tilt and annual tourist arrivals snap back, that implies a great deal of fish exports and fugu-consumption.

Tokyo Ichiban is by no means alone in presenting investors with sudden bursts of ambition — some potentially achievable via growth plans, stake sales and share issuance, others decidedly more far-fetched. But all with the same motive: to reach the top tier of stocks for investors. That has become less difficult than anticipated after a shake-up of the Tokyo Stock Exchange has been scaled back.

Last week, the TSE released the results of its long-awaited reorganisation — a streamlining of the 3,823 companies currently listed on six separate boards into three more navigable segments: prime, standard and growth. The changes will come into effect in April this year.

When discussions began a few years ago, this change was mooted as a big bang — a propellant of corporate reorganisation and boardroom shake-ups. Through tough restrictions and a high minimum market cap, the prime segment was going to create an elite of large companies that had high corporate governance standards and a substantial proportion of their shares that can be freely traded. Many hundreds of companies currently in the prestigious but vast (2,185-member) First Section of the TSE would have been denied prime membership but fought to recover it.

The standard section, under the original discussions, would have been a broad playground, both for companies straining for promotion to prime and a plodding Japanese mittelstand combed by value and activist investors. This market, say bankers, would have been a hothouse for dealmaking as companies merged to reach minimum size requirements for the top tier. The growth market would have promoted the start-ups and capital-hungry young companies that come with the usual caveat emptor health warnings.

Somewhere along the way, however, the TSE was prevailed upon to fear that scale of disruption and instead lower the bar for prime membership. To qualify now, companies require a market capitalisation of its tradeable shares of just Y10bn ($87.2m) and will have to meet less demanding minimum daily turnover requirements.

But there was yet more dilution. Of the 2,185 First Section companies, 296 that applied to join prime but failed to meet the criteria have been allowed in anyway after submitting compliance plans that might get them over the line at some point in the future. The TSE, to the consternation of some investors, has not even set a deadline for this. That means the supposed cream of the Japanese stock market is now a rough sprawl of 1,841 companies, many of them pushing the boundaries of the TSE’s lassitude.

There are two reasons for disappointment. The first is hinted at by the straining of Tokyo Ichiban and others to qualify for the prime market. Such companies will still have to strive to reach the top tier but a prime market with tougher requirements would have been an even greater spur to raise standards. Companies pushing themselves hard on targets, even very stretched ones, are attractive to investors. Many have lost interest in Japan because that does not happen enough.

A greater issue, says Jefferies strategist Shrikant Kale, is that by making the prime market such a broad church, the chronic issues affecting the investability of the Topix (which will ultimately track all stocks in the prime market) versus other global benchmarks remain unsolved. The median size of Topix companies is much lower than for a global benchmark like the S&P 500.

“The whole aim of carrying out this exercise was to remedy these structural flaws and to enhance the quality of Japan’s benchmark index . . . but don’t think that goal is achieved based on the current index size,” said Kale.