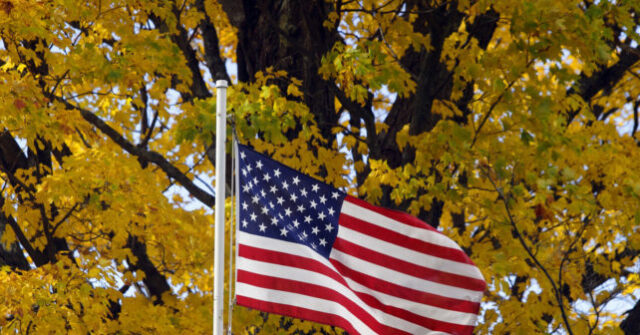 The U.S. economy added 261,000 jobs in October and the unemployment rate moved up to 3.7 percent, the Labor Department said Friday.

The Labor Department’s Job Opening and Labor Turnover Survey showed that there were 10.7 million job openings at the end of September, around 1.9 vacancies for every unemployed person. Federal Reserve officials frequently cite the vacancy ratio as evidence that the labor market is so tight that it risks fueling inflation.

“Despite the slowdown in growth, the labor market remains extremely tight, with the unemployment rate at a 50-year low, job vacancies still very high, and wage growth elevated,” Federal Reserve chairman Jerome Powell said at a press conference on Wednesday.

The demand for labor from employers has proven highly resilient, adding to payrolls and vacancies even as the Federal Reserve has hiked interest rates up at the fastest pace in decades. The bottom of the Fed’s range for its benchmark rate has gone from zero at the start of the year to 3.75 percent today. The Fed is expected to announce another hike in December, although forecasters are divided about whether that will be a half-a-point increase or three-quarters of a point.

Powell has made it clear that the Fed is seeking to cool off the labor market in order to tame inflation.

“Reducing inflation is likely to require a sustained period of below-trend growth and some softening of labor-market conditions,” Powell said on Wednesday.

The labor force participation rate, at 62.2 percent, a tenth of a point lower than in September and the second consecutive decline. This is 1.2 percentage points below the prepandemic level in February of 2020.

Revisions to prior months show that the labor market was even hotter than initially reported. The change in total nonfarm payroll employment for August was revised down by 23,000, from 315,000 to 292,000 but the September figure was revised up by 52,000, from 263,000 to 315,000.  After the revisions, employment gains in August and September combined was 29,000 higher than previously reported.

Average hourly earnings were up 0.4 percent compared with the prior month, a very large increase that suggests inflationary pressures remain high. A month ago, the rise was just 0.3 percent, so wage increases have accelerated. This is the equivalent to an annual rate of 4.8 percent, slightly above the change over the last 12 months of 4.7 percent.

Private payrolls grew 233,000, close to the figure estimated by the ADP payrolls report released on Wednesday. That was also hotter than expected. The consensus forecast was for 200,000 private sector jobs.

Manufacturing payrolls, expected to rise by just 13,000, jumped 32,000. The September figure for manufacturing was revised up 1,000 to 23,000. This upside surprise came despite signs that the manufacturing sector has seen slowing demand in recent months.

Jobs growth in the private sector services side of the economy was 200,000. Every major sector added jobs, including the information technology sector, which added 4,000 jobs. Health care and social assistance at 71,000 jobs. Hospitality and leisure grew by 35,000.