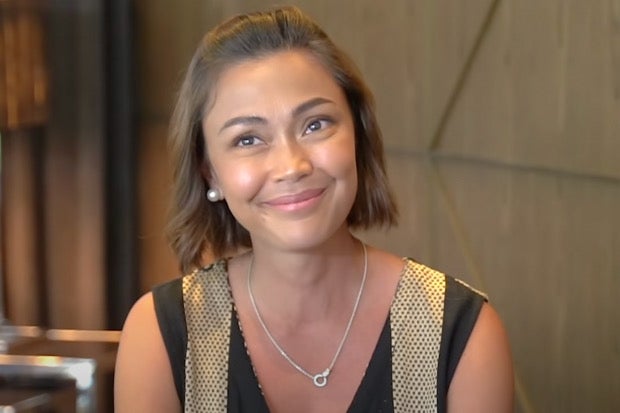 Jodi Sta. Maria is not closing her doors for a second chance at marriage as she still looks forward to marrying the “right person in God’s perfect time.”

Sta. Maria opened up about her hopes of settling down when asked by broadcaster Karen Davila about her plans of remarrying. This she shared in an exclusive interview with Davila, as seen on the broadcaster’s YouTube channel yesterday, Feb. 5.

“In my heart, I know I would want to take that road again with the right person and in God’s perfect time,” Sta. Maria said.

The actress also talked about her past marriage with ex-husband Panfilo Lacson Jr. and how she felt like a “joke” when their relationship failed.

“During that time when my marriage didn’t work out, I felt like I was the biggest failure, the biggest joke. Gano’n ‘yung pakiramdam ko, na nagkaroon ako ng feelings of shame, of guilt na ‘shocks nakakahiya.’ Kumbaga, ‘hindi ko ‘to naayos. Hindi ko nabigyan si Thirdy ng buong pamilya,’” she said, referring to her son with Lacson.

(During that time when my marriage didn’t work out, I felt like I was the biggest failure, the biggest joke. That’s what I felt, I had feelings of shame and guilt, and I was thinking, “Shucks, this is embarrassing.” It was like, “I wasn’t able to fix this. I wasn’t able to give Thirdy a complete family.”)

She then recounted how she endured that phase for the sake of her son and how she forgave Lacson despite her feelings of “anger and resentment.”

“At first, I wouldn’t say na after the separation ‘yung ‘sige na, let’s be friends.’ Walang gano’n, syempre a heartbreak is a heartbreak,” she stated. “You’ll have to go through all these feelings of grief and loss and it’s not and it will never be easy.”

(At first, I wouldn’t say that after the separation I instantly went, “Okay, let’s be friends.” It wasn’t like that, of course a heartbreak is a heartbreak. You’ll have to go through all these feelings of grief and loss, and it’s not and it will never be easy.)

“Forgiveness — I’m not saying that it’s easy, but it is possible,” the actress added.