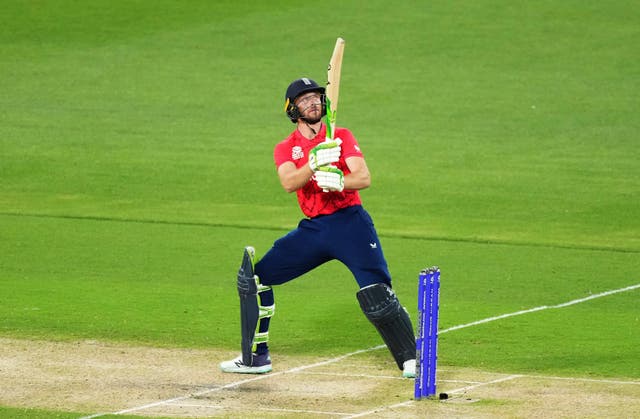 By leading England’s quest to become double world champions, Jos Buttler has ended any lingering debate over the identity of the country’s greatest ever white-ball player.

Buttler has been central to the dramatic re-evaluation of England from plodding also-rans to pioneering pace-setters and now boasts the glittering CV to match.

On a famous Lord’s evening in 2019 he was in the middle of the action in the most literal sense, breaking the stumps to complete a run out that secured a first World Cup crown after 44 years of varied failure.

In Australia over the past few weeks he has been even more fundamental, moving every piece on the chessboard in his role as captain and pointing the way with a bat in his hand.

But the roots of Buttler’s true influence burrow deeper still. The breadth of his imagination and ambition as a young man helped expand what English cricket believed possible and raise the bar of what it demanded from others.

When he made his ODI debut in February 2012, he joined a team that had Alastair Cook and Jonathan Trott in the top three. The pair are distinguished Test players – the one format Buttler never mastered – but both applied the handbrake too liberally in coloured clothing.

Buttler had joined a set-up that did not so much think outside the box as take shelter within it.

The other member of the top order in his first match was Kevin Pietersen, a dazzling player who once held his own claim to be England’s top-ranking trailblazer but who long ago signed up to the Buttler bandwagon.

Frequently describing his former team-mate as the “best on the planet”, Pietersen once marvelled “some of the shots he plays…you can’t buy them, because nobody sells them”.

Pietersen was referring to Buttler uncanny range and radar, a feature that arguably made him England’s first authentic ‘360 degree’ batter. The term is a familiar one now, with players all over the world attempting to learn a repertoire of flips, scoops, ramps and reverses.

Many of them are working from a T20 playbook that Buttler helped author. By leading England to the top of the mountain in the format, and uniting the 50 and 20-over titles for the first time, he has taken the rightful place at the summit of the game.

Eoin Morgan had once dreamed of being the man to do that unprecedented double but time caught up on the Dubliner, who retired earlier this year and passed the reins to his most trusted lieutenant.

Morgan, like Pietersen before him, was a disruptor of orthodoxy but he too acknowledges his former right-hand man as first among equals. In his final series before calling it a day, Morgan acknowledged his friend was “in a world of his own”.

Back in 1999, a nine-year-old Buttler was in the ground to watch Indian pair Sourav Ganguly and Rahul Dravid smash a record 318-run stand against Sri Lanka in his hometown of Taunton.

Twenty-three years on and Dravid had a front row seat as head coach while Buttler and Alex Hales smashed his team out of the semi-final in Adelaide, the kind of performance that may yet inspire the next generation of superstar.

He is already a fully-fledged A-lister in the IPL, this year equalling Virat Kohli’s record of four centuries in a single season, and can command a top billing at any franchise tournament on the planet.

But while the county scene may now be a minor concern in the life of a player who made his first-class debut a year before being named as Wisden’s School cricketer of the year, delivering another major prize for England has truly secured his legacy.