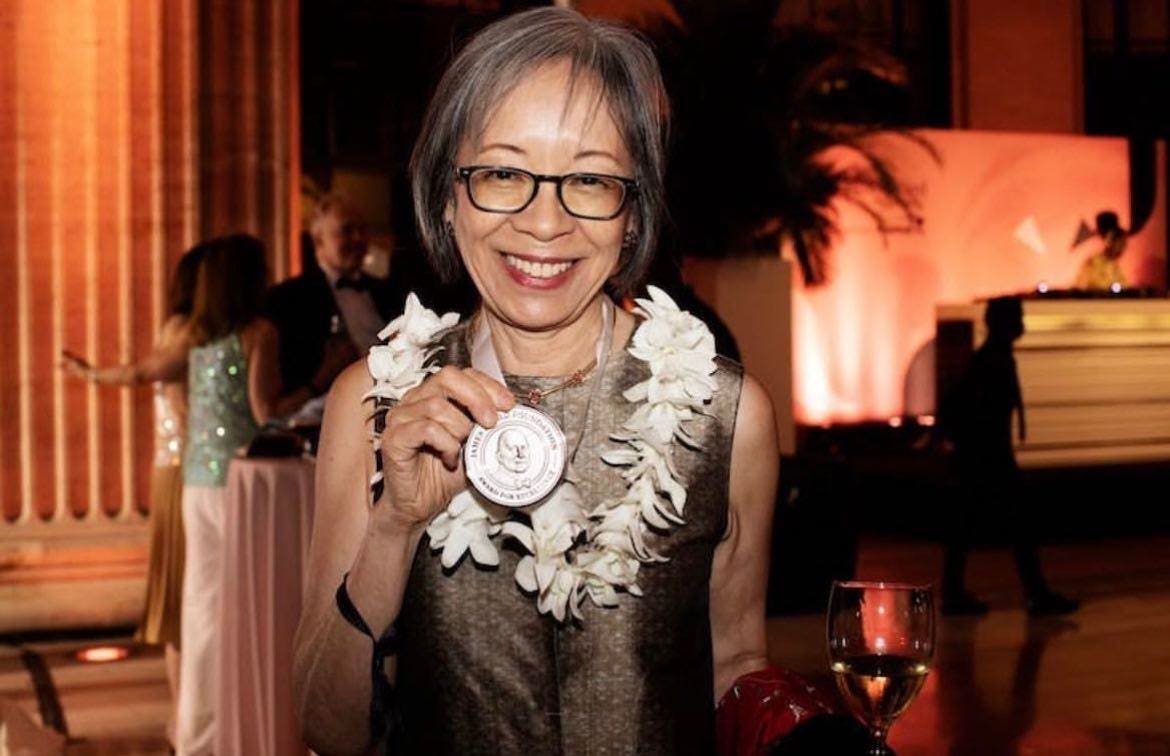 Award winning author and activist Grace Young is on a mission to support struggling Chinatown communities across the nation. A recent $50,000 grant from the Julia Child Foundation will go toward her goal. We talked with the prolific author and humanitarian about some of her favorite spots in San Francisco and about her plans for the grant.

Young is best known for encouraging Chinese home cooking and wok traditions on multiple platforms. Her award-winning cookbooks include The Wisdom of the Chinese Kitchen: Classic Family Recipes for Celebration and Healing, Stir-Frying to the Sky’s Edge and The Wisdom of the Chinese Kitchen. Her series Wok Therapist and The Breath of a Wok are on YouTube as is her appearance on America’s Test Kitchen, which is billed as an Epic Wok-Off. Her nickname is The Wok Guru.

She’s also an activist, working to draw attention to legacy businesses in Chinatowns hard hit by the pandemic and the anti-Asian hate crimes associated with it.

“I was born and raised in San Francisco and have so many fond memories of visiting Chinatown. These legacy businesses are the heart and soul of communities and we’ve lost so many of them during the pandemic,” she said.

Among her very favorites in her hometown, the Far East Cafe will be one of the recipients of a portion of Young’s grant. “It’s one of oldest banquet restaurants, the only one remaining in San Francisco,” she said. “That tradition has died out, but it used to be that for any occasion you had to have a banquet. During the pandemic, the Far East was cooking meals for Feed and Fuel, an organization addressing food insecurity.”

Young lovingly describes the 102-year-old restaurant’s architectural features, adding “the idea that we could lose this business is just heartbreaking.”

Side note: The Far East Cafe is the subject of a short film that made its debut on a new season of Chinatown Shorts.

The author/activist also has so much love and respect for Tane Chan, the 80-something-year-old owner of The Wok Shop. “She never closed during the pandemic. She’s a national treasure.”

As long as you’re visiting the postage stamp-size Wok Shop, better stop in for a moon cake at Eastern Bakery. “They’re just the best. Nobody comes close,” said Young, who always orders a lotus paste moon cake or a salted duck egg yolk. “Those are just heavenly and give me such a nostalgic feeling. My mother would buy them when I was a kid.”

While jumping in the time machine, Young recalls going with her father to the Golden Gate Fortune Cookie Factory. “They really suffered during the pandemic. I’m very worried about them,” she said. Like New York City, San Francisco’s Chinatowns are tourist-dependent and though numbers of visitors are slowly going back up, they’re still not at pre-pandemic levels. That’s why it’s so important to support these businesses. This place is a very important piece of Chinatown’s community.”

Young also loves R & G Lounge, which has been around for decades, wowing diners with its Hong Kong-style Cantonese food. “The soy sauce chicken, the perfectly steamed fish, the stuffed eggplant with fresh shrimp are all executed perfectly. The kung pao and snow pea shoots are just amazing.”

Among the relative newcomers to the neighborhood, Young served up a special shout-out to Mister Jiu’s. “It’s a modern take, but what he has done is very respectful of the old businesses.” She calls chef/owner Brandon Jew,’s food outrageously good. “From the squid ink won tons to the fabulous Peking duck and a fried sole, it’s all so delicious,” she said of the James Beard award winner’s menu.