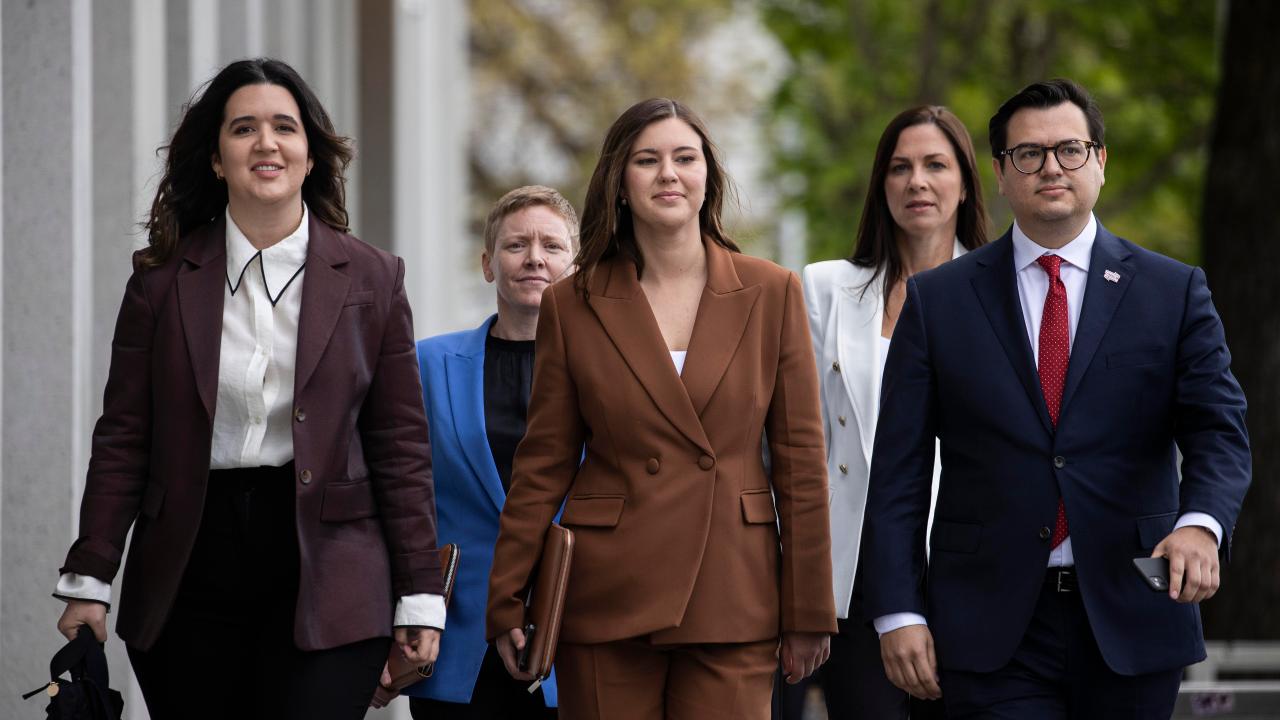 The 12 jurors tasked with determining whether Bruce Lehrmann raped Brittany Higgins in Parliament House have been discharged after more than week of deliberations.

ACT Supreme Court Chief Justice McCallum told the court on Thursday she was forced to dismiss the entire jury consisting of eight women and four men over juror misconduct.

She said it had come to her attention that “information has entered the jury room” through one juror.

The chief justice said while there may have been no harm done it was “not a risk” she was willing to take.

“I have to discharge you all. I appreciate this may come as a frustration after all the hard work you’ve done,” she said

Ms Higgins has alleged she was raped in the early hours of March 23, 2019 in the office of then-defence industry minister Linda Reynolds.

Mr Lehrmann pleaded not guilty to sexual assault without consent and denied having sex with Ms Higgins.

Justice McCallum’s decision following six days of deliberation came after the jury signalled on multiple occasions that it was struggling to come to a unanimous decision.

The jury requested more time from Justice McCallum on Monday before the chief justice reconvened court on Tuesday to reveal the eight female and four male jurors were still gridlocked.

However, the Chief Justice said she was reluctant to discharge the jury, but conceded she would if they could they could not “honestly agree with the conclusions of other jurors”.