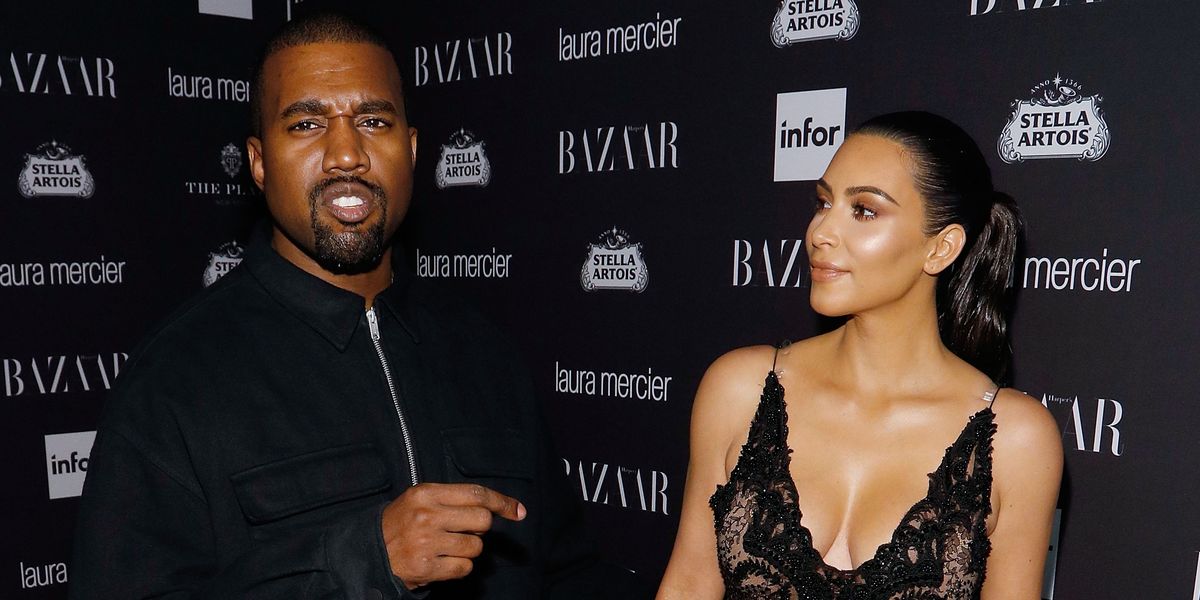 ICYMI, Chicago West turned four this weekend. Obviously, the Kardashian fam planned a blowout celebration for the occasion (it was actually a joint party with Chi’s cousin, Stormi Webster, who turns four on February 1, and it was predictably over-the-top/adorable).

The official party themes were L.O.L. Surprise! Dolls and Barbie (v on trend in the four-year-old set, obvi), but the unofficial theme turned out to be parental drama.

On Saturday, Kanye West went very public with claims that not only was he not invited to Chi’s birthday bash, but that Kim Kardashian (and other people in-the-know about the party) had refused to give him the address for the event when he asked for it, according to TMZ. This announcement came at the world in the form of an Instagram Live video Ye filmed in his car.

“Y’all, I was just wishing my daughter a public happy birthday. I wasn’t allowed to know where her party was, there’s nothing legal that’s saying that this is the kind of game that’s being played,” he explained in the video (per Us Weekly). “It’s the kind of thing that really has affected my health for the longest and I’m just not playing. I’m taking control of my narrative this year….I’m being the best father—the Ye version of a father—and I’m not finna let this happen….Chicago, Happy birthday. I love you and I’m just putting this online because I need y’all’s support.”

Kanye went on to claim that he had called Kim, as well as other people involved in his kids’ lives (including his ex-sister-in-law Khloé Kardashian’s ex/coparent, Tristan Thompson), and that no one would tell him where the party was being held.

“I did call Kim, texted nannies. I got on the phone with Tristan, he asked Khloé [and] won’t nobody give me the address to my daughter’s birthday party right now,” he said. “That’s gonna imprint in her mind that I wasn’t there for her.”

If the goal of the IG Live sesh was to make it to the party, it was a success because later on Saturday afternoon, posts hit Instagram that showed Ye at the party. Notably, Travis Barker’s daughter, Atiana De La Hoya, shared a video that featured Kanye talking to Kris Jenner in front of a pink bounce house (or possibly bounce stage of some kind?), according to Us Weekly.

According to Us Weekly, Kim had ~thoughts~ about Kanye’s claims about the birthday party sub—and most of those thoughts seem to have fallen firmly into the “Um…wut?” category.

“There were always two parties planned for Chicago, which was Kanye’s idea. He was scheduled to celebrate with her at 4pm today,” a source close to Kim told the magazine before the party was even over. “Kim was shocked to learn that he released a video about not being invited to her party—that’s not true and as soon as he asked to come he was given the location. He’s at the birthday party.”