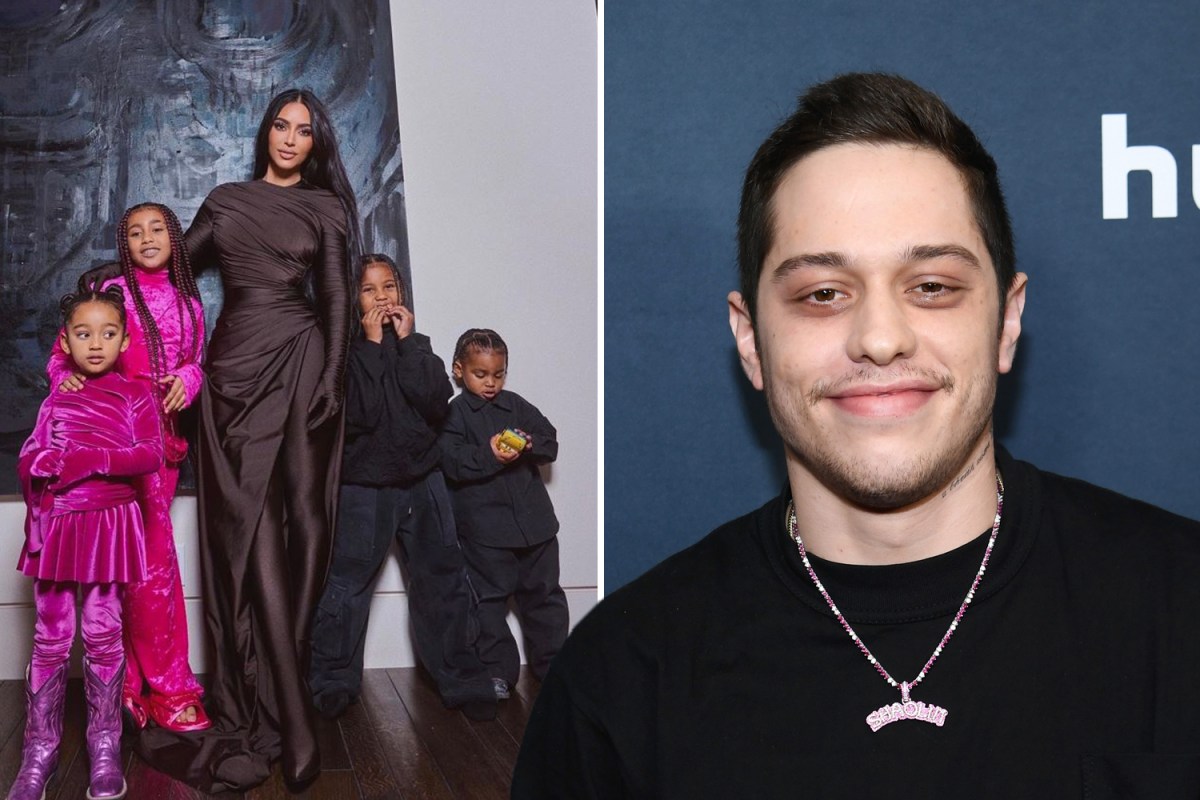 KIM Kardashian and Pete Davidson couldn’t spend New Years Eve together because the reality star’s ex, Kanye West, wasn’t able to watch their kids so she rang in 2022 with a family affair instead.

The Saturday Night Live comic hosted an event in Miami with Miley Cyrus.

Fans speculated that Kim and Pete would be seen together in Miami, however when the big night came the KKW Beauty founder was nowhere to be seen.

According to Hollywood Life that’s all thanks to Kanye.

Sources told the outlet that Pete, 28, invited Kim to the event, but she had to decline.

The insider said: “Kim was on the fence about going to Miami because she really wanted to be with Pete.

“She knew how much this gig meant to him and how much he wanted her to be there.

“He had asked her [to go to Miami] when they spent Christmas together in LA.

“But when she contacted Kanye to ask if he would be available to watch the kids, Kanye said he wouldn’t be.”

Kim wasn’t initially clear why the rapper wasn’t free, but. it turns out he had plans of his own in Florida.

“Because Kanye said he had plans, Kim cancelled any tentative plans she had to go [to Miami] on the 31st.

“Kim always puts her kids first no matter what.”

She later learned that Kanye’s plans were hosting a party of his own in Miami.

Upon learning about the party, Kim found herself puzzled by her ex’s decision to omit that fact.

Hollywood Life’s insider said: “She feels she’s being honest and straight forward and pure in her intentions, and he is playing games.

“And just like [his recent] home purchase, her family thinks it’s just a little bit weird.

“She can’t wait until this divorce is finalized.”

As far as Kanye’s decision to move in across the street from Kim, the reality star is not thrilled according to sources.

An insider told InTouch Weekly that she isn’t “necessarily thrilled” about the move.

The source added: “Kim might have to make some adjustments. I mean, nobody wants their ex living right across the street.

“It’s not the most conventional of divorce situations, to start a new life, dating and all that.”

The source then added: “[But] he wants to be a constant presence while co-parenting his kids, and for Kanye, that means being as physically close to [their kids] as possible.

“The good thing is that the kids are super excited to have daddy closer. [Kanye] does things his way and he wants to be close to his kids, and Kim too.”

As previously reported, the Donda rapper dropped $4.5 million on a house directly across the street from Kim’s $60 million Hidden Hills estate.

Kanye won’t be moving right into the house.

Instead, he plans to tear down the house and start fresh.

It’s unclear when he plans to move into the home, but sources have said he wants to start renovations “as soon as possible.”

An insider told PEOPLE: “Kanye’s new house is a teardown. He only bought it for the location. It’s near Kim and the kids.

“He has a vision for the house and plans on starting construction ASAP.”

Kim filed for divorce from Kanye in February 2021.

The pair had been married nearly seven years at the time.

She has since moved on with Pete, whom she connected with during an appearance on SNL.

They have been spotted on several dates together, including a movie date and a romantic dinner in Staten Island.

Kim was spotted leaving Pete’s home in New York after spending the weekend with him.

They were then seen together again in LA, sharing breakfast at the Fountain Coffee Room at the Beverly Hills Hotel.