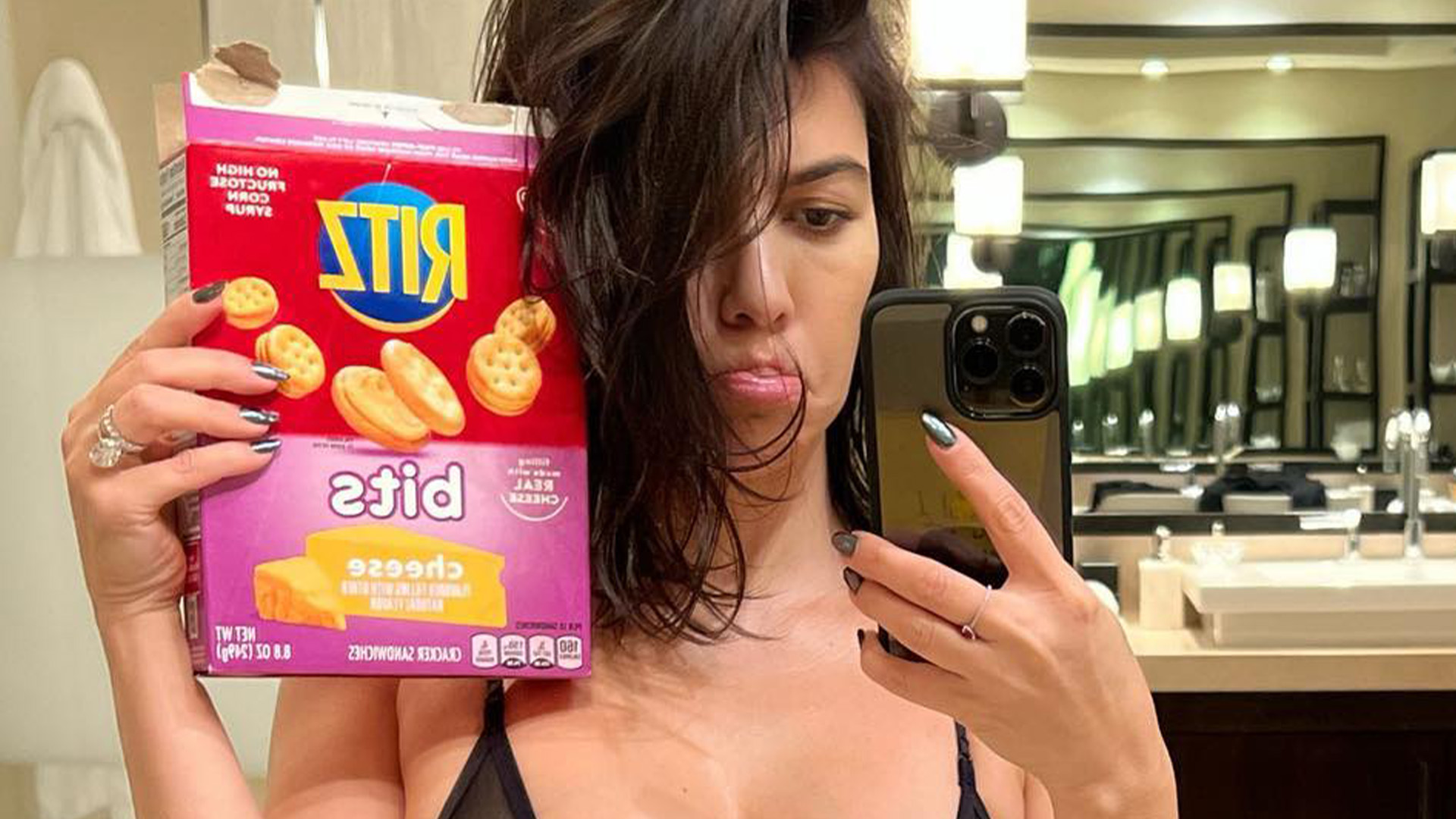 The Keeping Up With the Kardashians alum has had a scary few days but appears to be in good spirits.

On Wednesday, Kourtney shared a NSFW snap along with a series of other photos.

In the picture, she posed in a sheer bra top with a box of crackers next to her face and her phone in her hand.

Her wavy hair hung loose in her face and she appeared to be pouting.

Kourtney posed in the mirror with a homemade photo from her son, Reign, in the frame.

The wooden frame was painted yellow and had a smiling snap of Reign in a heart-shaped cutout.

The reality star shared no context for the photos, which varied widely.

Travis, 46, featured in one of the snaps, holding his wife’s hand as they strolled along a wooded path in his first post-hospital sighting.

Fans have been buzzing about photos of the mom of three for some time, with some speculating that Kourtney may be pregnant.

Earlier this week, the Kardashians star showcased an outfit online which included a Cramps T-shirt over a long-sleeve top.

She had on leggings and black leather boots and appeared to be hiding her stomach.

She covered her stomach while posing with her butt towards the camera and looking over her shoulder in one shot.

In other snaps, Kourtney leaned in towards the camera – again hiding her midsection.

After the reality star and the Blink-182 drummer got married in Portofino, Italy, Kourtney became stepmother to Travis’ teenage kids.

Viewers have been watching Kourtney’s journey to have a baby unfold.

While sitting down for lunch with pal Steph Shepherd, 32, she told her friend: “I have to eat quail eggs every day.”

Steph seemed concerned as she asked: “Why?”

In another scene, Kourtney confessed to inserting strange objects into her vagina while trying to get pregnant again.

The TV star and Travis underwent IVF treatment in their efforts to conceive.

Kourtney has been open about the challenges they have faced.

Still, fans continue to speculate that the couple is expecting.

She rarely addresses the pregnancy buzz and continues to show off her stomach in tiny tops.