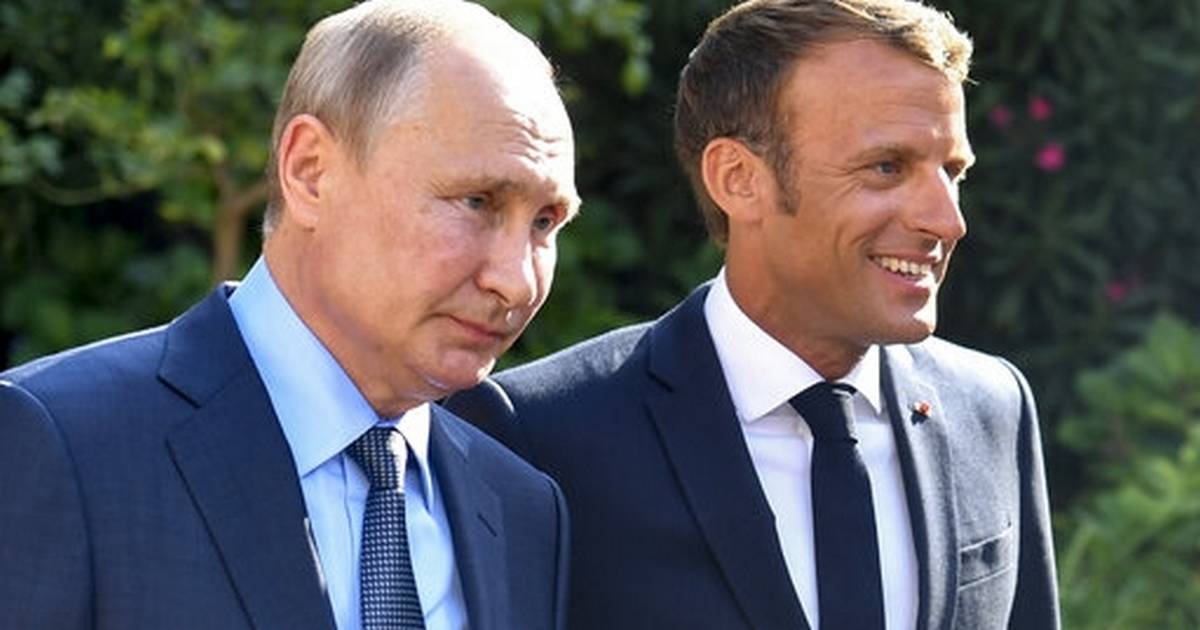 PARIS — Rarely in recent years has the Kremlin been so popular with European visitors.

French President Emmanuel Macron arrives Monday. The Hungarian prime minister visited last week. And in days to come, the German chancellor will be there, too.

All are hoping to get through to President Vladimir Putin, the man who singlehandedly shapes Russia’s course amid its military buildup near Ukraine and whose designs are a mystery even for his own narrow inner circle.

‘The priority for me on the Ukrainian question is dialogue with Russia and de-escalation,’ Macron said this week as reporters were asking about a possible in-person meeting with Putin. ‘I’m very worried by the situation on the ground.’

France is working for diplomacy but without ‘being naive,’ said an official in his office, speaking about the negotiations on condition of anonymity.

There are some signs that relations could thaw.

‘From Putin’s perspective he already has had something of a win because he’s got our undivided attention and part of the exercise was clearly to get us to focus on him,’ Fiona Hill, a former U.S. intelligence officer on Russia and Eurasian affairs, testified last week during a congressional hearing.

Sergei Ryabkov, a senior Russian diplomat who led Moscow’s delegation in last month’s security talks with the U.S. in Geneva, said recently that Russia was now setting “the agenda that the U.S. and the so-called ‘collective West’ now follow. We have seized the foreign policy initiative.’

Macron insists Europeans must have a say in the crisis which threatens the stability of the continent. Macron and Putin have already spoken three times by phone in recent days – with inconclusive results.

The French president has in the past shown skepticism of NATO, and in 2019 said the organization was experiencing ‘brain death.’ On Saturday, that skepticism was nowhere to be found, as Macron spoke by phone with the organization’s secretary-general and underscored ‘France’s commitment within NATO for the security of its allies.’

France has also offered to send troops to Romania as part of NATO, which has regained a sense of unity in recent weeks.

European diplomacy has helped cool tensions in the past. The so-called ‘Normandy format’ of French and German mediation in 2015 helped end large-scale hostilities in Ukraine, which erupted the previous year when Moscow threw its weight behind separatist rebels in the country’s east following the Russian annexation of Ukraine’s Crimean Peninsula.

Paris organized a meeting Jan. 26 of presidential advisers of Russia, Ukraine, Germany and France. They agreed to meet again soon in Berlin, but Russian officials have said any new four-way summit would make sense only if the parties agree on the next steps to give a special status to pro-Russian separatists in Ukraine’s east.

Oleksiy Danilov, the secretary of Ukraine’s National Security and Defense Council, warned against insisting the country stick to the obligations it was forced to take after a string of military defeats, arguing that it could trigger internal unrest that would play into Moscow’s hand.

‘When they were signed under the Russian gun barrel – and the Germans and the French watched – it was already clear for all rational people that it’s impossible to implement those documents,’ Danilov told The Associated Press in an interview Monday.

The French president travels to Kyiv on Tuesday. The new German Chancellor Olaf Scholz, who is headed to the U.S. on Monday, plans a trip to Moscow in a week.

Russia expert Tatiana Kastoueva-Jean, from the French Institute of international relations (IFRI), said ‘we can at least give (Macron) credit for maintaining the dialogue… It’s helpful to have a channel to express European concerns directly to Putin.’

‘It’s not because (Macron) goes to Russia that he is abandoning Ukraine,’ she added.

Macron recently acknowledged ‘a discussion with Russia is always difficult.’ He’s tried repeatedly to set up personal links with Putin, inviting him to the sumptuous Versailles palace and, in a rare honor, his summer residence at the Fort de Bregancon to give a boost to peace talks with Ukraine during summer 2019.

Putin had reciprocated with an invitation to Russia for Macron, but the coronavirus pandemic prevented the planned trip until now.

And so the visits and calls to the Kremlin continue, and Europe warily tries to discern Putin’s ultimate range of goals and whether he can be persuaded that he’s already achieved all that’s possible – that any other moves will only backfire and potentially hurt him in the eyes of Russians.

In Ukraine, Hill said, 70% of the population see Russia as a hostile force.

And in Europe, ‘what has he achieved?” retired Lt. Gen. Ben Hodges testified. ‘NATO is more vigorous today than it has probably been in the last 20 to 25 years.” Hodges noted that Russia was expelled from the G-8 after the 2014 invasion of Ukraine, which left him with fewer direct contacts among leaders of the world’s most powerful nations.

Ultimately, it remains to be seen whether one-on-one meetings with those same leaders will be enough to persuade Putin that he stands more to lose than to gain.

‘Every move has so far been on his timetable,’ Hill said. ‘The ultimate decision-making in Ukraine is up to Vladimir Putin as well as the small group of people in his inner circle who share his views.’