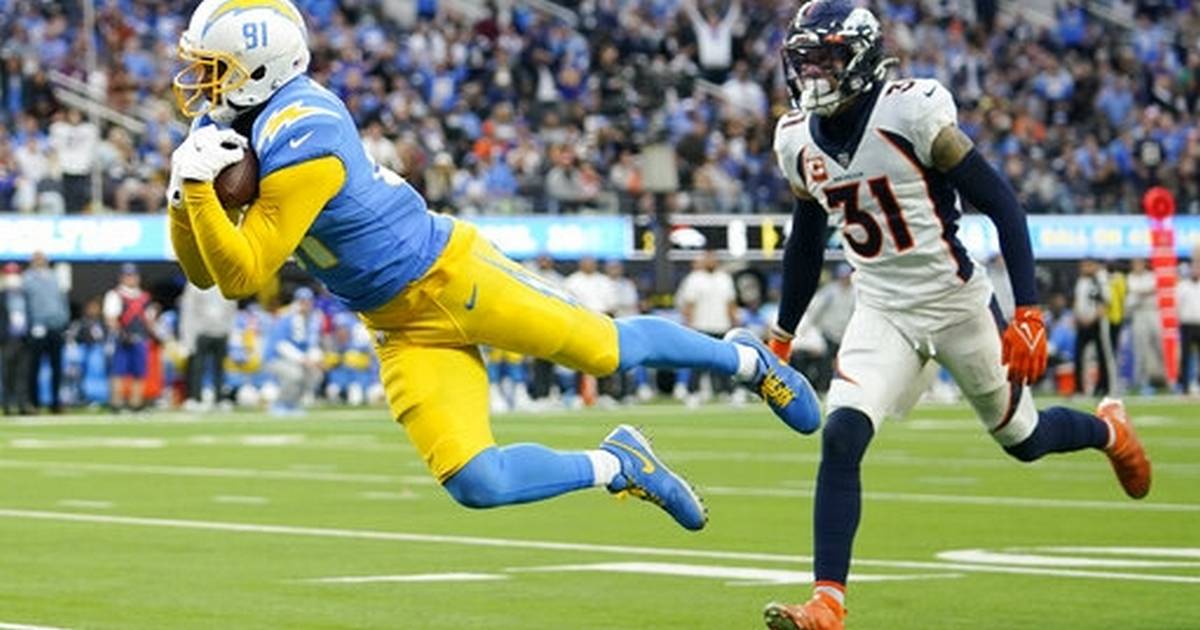 The Latest from Week 17 of the NFL (all times EST):

Lamar Jackson will miss a third consecutive game for the Baltimore Ravens with his injured ankle.

Jackson is inactive for the Ravens, who do have backup quarterback Tyler Huntley back this week from the COVID-19 list. Baltimore hosts the Los Angeles Rams.

Jackson was injured in a loss at Cleveland on Dec. 12. The Ravens have lost four in a row, putting their postseason hopes in jeopardy.

Indianapolis Colts quarterback Carson Wentz is slated to start against Las Vegas after coming off the reserve/COVID-19 list.

Wentz, who is unvaccinated, had a negative test Sunday and was cleared to play under new protocols adopted by the NFL and the players’ union. He went on the COVID-19 list Tuesday and was required to isolate for five days.

The Colts would clinch a playoff berth with a victory against the Raiders. Wentz has passed for 3,230 yards and 25 touchdowns in 15 games this season.

Colts guard Quenton Nelson and linebacker Darius Leonard also are expected to play after coming off the COVID-19 list.