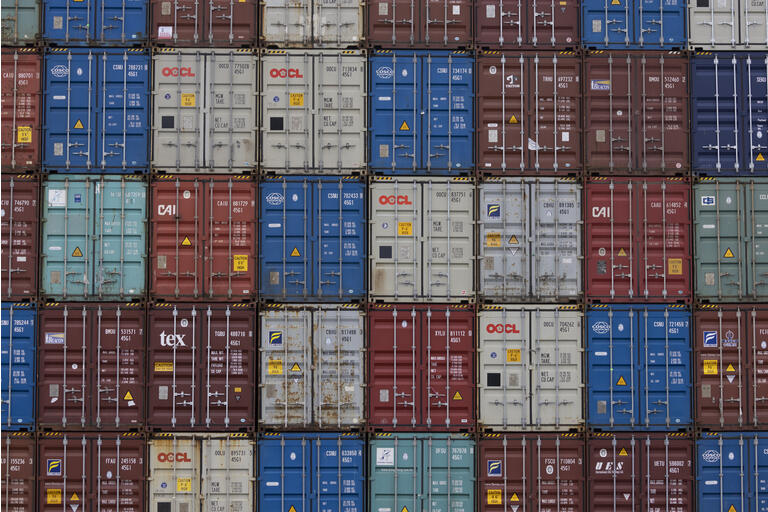 The “herd” has been buzzing about inflation and even hyperinflation. In this piece, we argue against the herd’s inflation ideology.

“We need to recognize that we’ve got an overheated economy that we are going to need to cool off,”… Larry Summers

There he goes again, the prima-donna inflationista spouting off. “Overheated” economy? Why does he think that? Because prices are rising and the hospitality industry is short of workers willing to work for scraps? He seems to have completely forgotten about the pandemic.

Inflation is a supply issue, not a monetary issue. If monetary expansion caused inflation, then why didn’t we see inflation in the aftermath of the GFC (chart below)? Prices of goods and services were stable until the Global shutdown caused a supply disruption. Notice that spending on goods (which need to be transported from afar) went way up, but spending on services went down following the shutdown.

Core inflation has fallen over the last two months (chart below). Even if we don’t go back to the sub-2% inflation of the last decade, it will not be the relentless inflation that Larry and others are so confident is happening. A more historically-normal 3-4% inflation is perfectly healthy, especially if labour plays catch-up in its share of productivity gains; any gains that labour makes enters the economy and fosters growth… and corporate profits.

For inflation to be problematic (not transitory), the economy has to be close to full capacity utilization. At the current 76% of capacity, the economy does not need to “cool off” like Larry keeps telling us. It requires utilization of the spare capacity so that supply can meet demand. Prices will moderate as the pandemic-induced supply deficits are filled in, and monopoly pricing power is weakened (chart below).

Total employment is still 5% below pre-pandemic levels. Again, not a characteristic of an overheated economy; an economy with this much slack in its labour resource can’t possibly be overheated (chart below).

Truck transport employment has only just reached pre-pandemic levels, almost two years after it collapsed. Now that ground transportation is back, supply issues will moderate going forward (chart below).

Then there is the issue of the “remedy” for inflation that Wall Street has been aggressively pushing; raising interest rates. Since inflation is a not a monetary issue, and since the cost of money gets reflected in the price structure of almost all goods and services, it shouldn’t come as a surprise that raising rates actually increases inflation. Look at how well raising rates has turned out for Brazil and Russia (charts below).

Increasing the interest rate, increases inflation… until the economy slows down and falls into a recession. It is like pouring gas on a kitchen fire, and when the house burns down, taking credit for having put out the fire, which is exactly what Volcker did in the late 70s. The chart below shows the positive correlation between rates, inflation, and recessions for the US.

It is a near-certainty that the Fed will, in line with Wall Street’s wishes, raise rates at the end of the current quarter even if inflation has moderated by the time they stop doing QE. Do they really think that raising rates and lowering the liquidity in the banking system are going to magically produce more computer chips and increase the supply of cars?

Luckily for stock market investors, rising rates do not hurt the stock market…until rates get too high and debt levels can no longer be maintained.

Since rates are at zero, it will take more than two or three rate hikes this year to negatively impact the market. Debtors are in the best shape they have been in decades, and have the ability to carry much higher levels of debt even if rates are non-zero (chart below).

Corporations are also able to absorb more debt as illustrated by the profits-to-debt ratio; profits are high relative to debt (chart below).

Despite all the warnings about stock bubbles and an unsustainable level of margin debt, the reality is that the ratio of margin debt to equity value is at a near-historic low. Margin debt will not become problematic as a result of two or three rate hikes (FFR at 1%).

Rising rates will not end the bull market in stocks, but it will also not reduce inflation.

The herd has it exactly backwards.

Investors can bet against the inflation ideology by holding broad spectrum ETFs such as SPY, DIA, IWM, and QQQ.