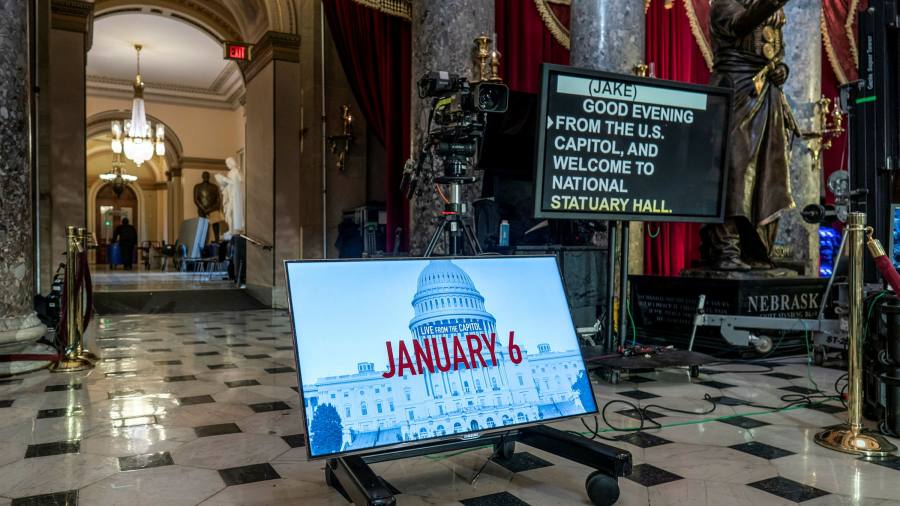 US attorney-general Merrick Garland vowed to hold January 6 perpetrators “at any level” to account, in a speech at the Department of Justice on the eve of the first anniversary of the attack on the US Capitol.

Garland on Wednesday defended the justice department’s work in pursuing those involved in the riots at the Capitol, which left at least five people dead, injured hundreds more, and interrupted the certification of Joe Biden’s Electoral College victory.

Progressives have accused the DoJ of not acting aggressively enough in pursuing Donald Trump and his supporters in connection with the attacks.

“We understand that there are questions about how long the investigation will take, and about what exactly we are doing,” Garland said. “Our answer is, and will continue to be, the same answer we would give with respect to any ongoing investigation: as long as it takes and whatever it takes for justice to be done, consistent with the facts and the law.”

Garland said the justice department had issued over 5,000 subpoenas and search warrants, reviewed more than 20,000 hours of video footage and received tips from over 300,000 ordinary citizens as part of the ongoing investigation. The attorney-general said more than 725 defendants had already been charged with criminal counts relating to the attack, and indicated bigger charges may be still to come.

“The actions we have taken thus far will not be our last,” the attorney-general added. “The justice department remains committed to holding all January 6 perpetrators at any level accountable under law, whether they were present that day, or were otherwise criminally responsible for the assault on our democracy. We will follow the facts wherever they lead.”

Trump and most members of his inner circle have so far evaded criminal charges relating to January 6. However, Steve Bannon, the former president’s one-time adviser, was indicted at the end of last year for contempt of Congress after failing to comply with a subpoena issued by a congressional committee conducting its own investigation into the attack on the Capitol.