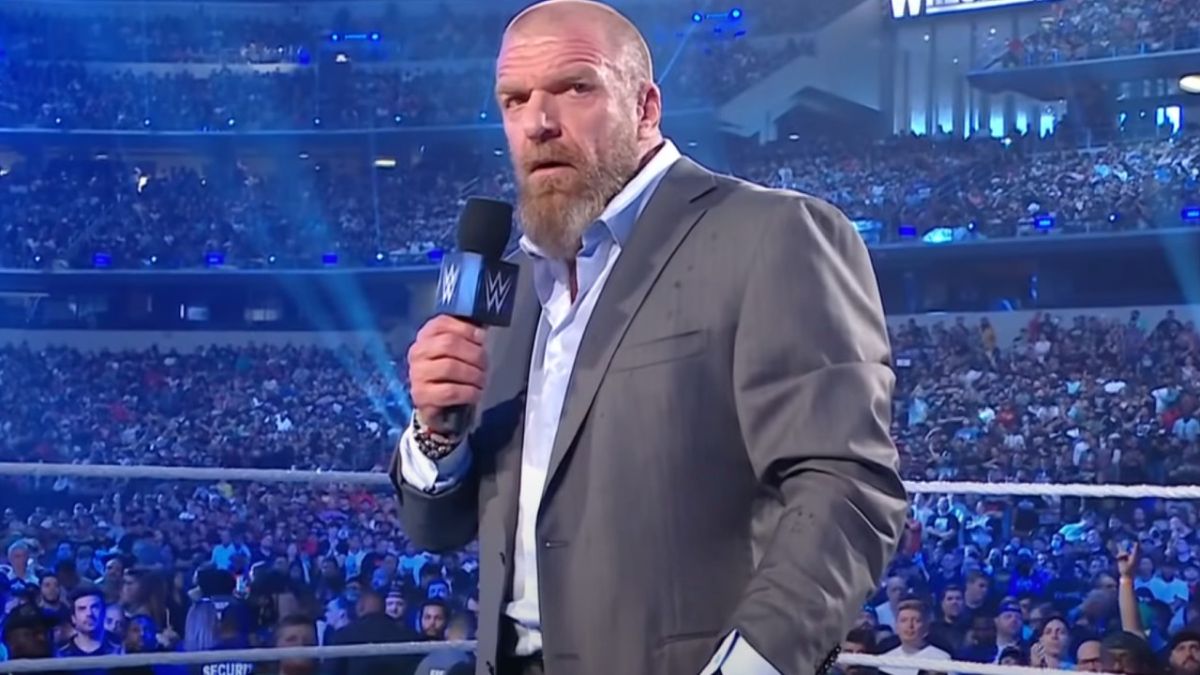 The WWE has had a real windfall of returning talent as of late, as the company welcomed back a heap of stars in 2022. Unfortunately, the company also lost a few superstars like Randy Orton, but it’s looking like one of that bunch will be back in the ring and competing soon enough. The women’s division should be put on notice because it looks like Charlotte Flair is finally headed back to reclaim her status as the most dominant woman in pro wrestling ahead of WrestleMania season.

It seems that Charlotte Flair is dropping hints she’ll soon be appearing on television or at an upcoming WWE event based on what she’s posting on her Instagram Stories. Charlotte shared videos of her walking to the ring, and then shared this photo of her laced up in her wrestling boots:

It’s possible Charlotte was just trying them on, or maybe even posting an old photo, but I’m more inclined to think she was training. After all, she’s been away from the WWE for quite a while, so it’d make sense she’d want to get in a few sessions of training to knock off any ring rust she may have from her extended break.

WWE fans may remember that Charlotte Flair was last seen after losing to Ronda Rousey in an “I Quit” match at WrestleMania Backlash. Though Flair was announced as “out indefinitely” with an injury, she was actually getting married to her now-husband and AEW star Andrade El Idolo.

Since then, fans have been wondering when Charlotte Flair may return, as she’s been on a long honeymoon. First, there were rumors about Flair potentially participating in her father’s final retirement match, but she only attended as a spectator. There were also some who believed she’d appear at the 2022 Extreme Rules pay-per-view, but again, that speculation was off the mark.

With that in mind, I suppose there’s a chance that this Charlotte Flair return could be yet another false alarm. That’s hard for me to believe, however, because we’re just on the cusp of WrestleMania season, and it’s hard to imagine the WWE doesn’t want Charlotte in the mix if she’s ready and willing to compete.

It also feels notable to mention that Ronda Rousey, who “injured” Charlotte Flair at WrestleMania Backlash, is the current SmackDown women’s champion. After Shotzi was unable to take Rousey down, it seems fitting Flair would make her grand return and start making her case for a title match against Rousey at the Royal Rumble or one of the other upcoming events.

If Charlotte Flair is coming back, she’s returning to an absolutely stacked women’s division. Of course, she’ll undoubtedly hold her own, and likely find herself back on top and taking on the best of the best before too long. I’ll certainly be curious to see if she’s on the shortlist for a WrestleMania main event, especially with all her time away. There are a lot of deserving women on the roster for a big moment like that, so I’m not sure I’d say her getting a major match is a guaranteed thing.

Charlotte Flair isn’t officially back in the WWE just yet, so you’ll need a Peacock Premium subscription to see her wrestle for the time being. Hopefully, that won’t be the case for much longer, as I’d love to see her back and getting in the head of Ronda Rousey this holiday season.