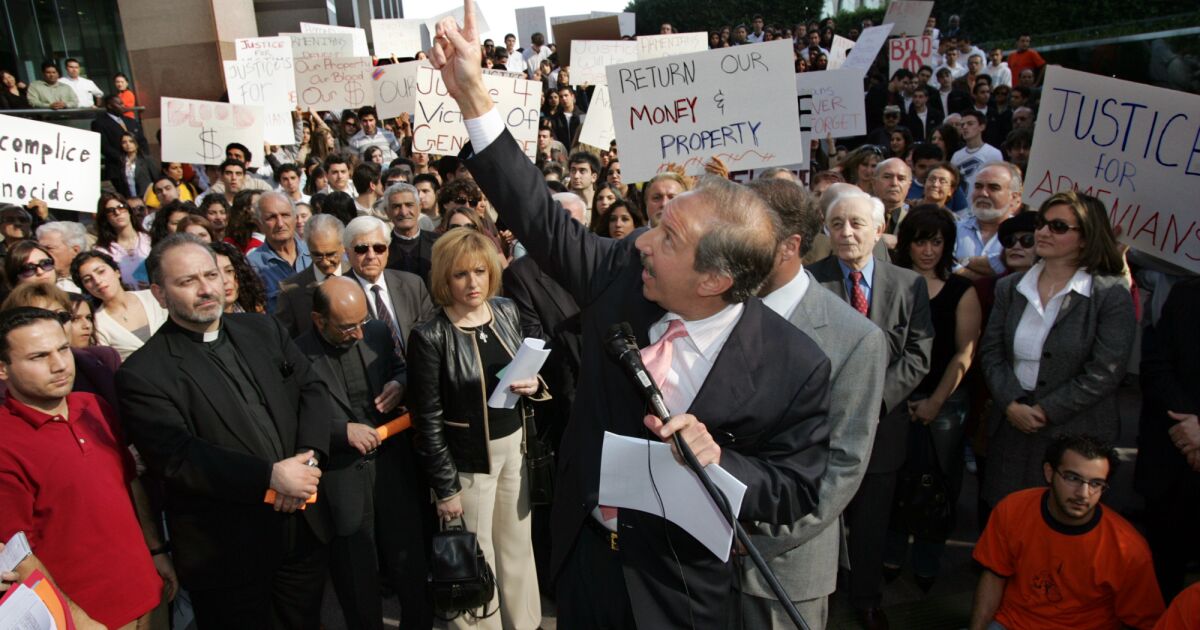 Los Angeles magazine, a long-running institution in the city’s media ecosystem, has been purchased by attorneys Mark Geragos and Ben Meiselas, the publication announced Monday.

The acquisition marks a new chapter for a publication that bills itself as “Southern California’s oldest glossy and the first city magazine in America.”

Geragos and Meiselas reportedly also purchased the magazines Pasadena and Orange Coast; all three publications sold for an as-of-yet undisclosed price, and will be based in downtown Los Angeles under the auspices of a new company called Engine Vision Media.

“The company will immediately take over operations, retaining all the existing staff including the publisher and editors,” Los Angeles magazine reported. The new owners plan to invest in the outlet’s online presence and live event offerings, the magazine added.

Parallel announcements issued in Pasadena and Orange Coast magazines confirmed the change in ownership, and said that Los Angeles magazine will housed in downtown’s Engine Company No. 28 building while a second office in Irvine serves as a beachhead for Orange County coverage.

“I am honored to be part of the acquisition of these historic media properties,” tweeted Meiselas after the news broke. “Welcome back to Southern California!”

The three magazines’ prior owner was the Michigan-based Hour Media Group, which in turn acquired Los Angeles magazine in 2017 from the Indianapolis-based Emmis Communications Corp.

Both of the new owners have had a celebrity-studded client list befitting an L.A. media property. Geragos’ clients have included the late Michael Jackson, Chris Brown and Winona Ryder, while Meiselas has represented former NFL quarterback and racial justice advocate Colin Kaepernick.

The acquisition does not come without baggage.

In September, the California state bar announced that Geragos was under investigation for his handling of a multimillion-dollar settlement for victims of the Armenian genocide.

That disclosure followed a Times investigation of corruption in the case, which found that some of the settlement money was sent to Geragos’ pet charities, among other irregularities.

Geragos has said that he wasn’t responsible for problems with the claims process, and told The Times that “all of the money earmarked was accounted for.”

Los Angeles Magazine for many years served as the literary voice of the city that often punched above weight with award-winning journalism.

Its long form stories examined all corners of Southern California, and featured a mix of celebrity profiles, true crime narratives and “best of” lists.

In recent years, the magazine has been squeezed by budget cuts and a deteriorating ad climate for print magazines.