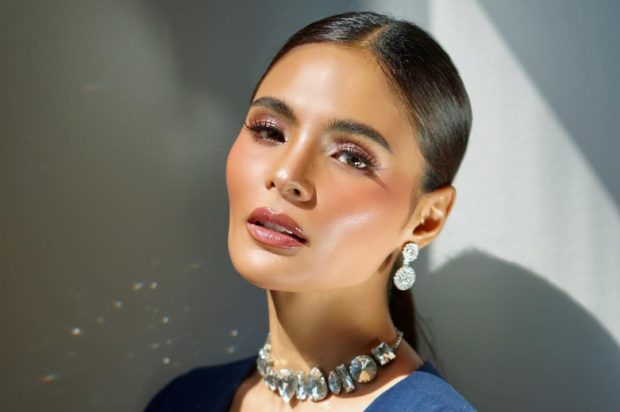 Lovi Poe has started her own production company, C’est Lovi Productions, which aims to bring Filipino artists and stories to international audiences.

The actress expressed excitement for her new production company on her Instagram page today, Aug. 5. She noted that despite venturing into behind-the-scenes work, she will continue to take on onscreen roles.

“This is it! I’m excited to share the news of finally launching C’est Lovi Productions. It’s been a passion of mine to be in the business of making films in front of the camera for a number of years already, and as I continue to do that I’d like to be behind the camera too and develop projects from the beginning,” she said.

The Kapamilya star added that she hoped to work with individuals with the desire to “make films that would help the world recognize Filipino talent either behind or in front of the camera.” She then paid tribute to her late father, “Da King” Fernando Poe Jr, also known as FPJ.

“There was FPJ productions… and I hope C’est Lovi Productions can continue that legacy, and bring Filipino stories—especially those independent, lesser known but equally good ones—internationally. Advanced Happy Birthday, Papa,” she stated.

FPJ’s family is set to celebrate what would be the action star’s 83rd birthday later this month.

Lovi’s boyfriend, British producer Monty Blencowe, will serve as the actress’ partner as an executive in C’est Lovi Productions, as per an exclusive report by Deadline yesterday, Aug. 4.

The company already has several projects in the works. This includes the psychological thriller “Alyssa” by Filipino filmmaker Jerold Tarrog, and “Lady Luck” in which Lovi is set to star. “Lady Luck” is written by Los Angeles-based Geordie Kieffer and Mitch Toler, while it will be helmed by British director Niall Johnson.

Lovi currently appears in the Philippine adaptation of the South Korean thriller “Flower of Evil.”

The actress will soon be seen in the queer series “Sleep with Me,” which recently won the audience award for Best Episodic in the Outfest LGBTQ Film Festival in Los Angeles. She also stars in the upcoming Idris Elba-produced film “The Chelsea Cowboy,” in which she portrays British blues singer Dana Gillespie.  /ra