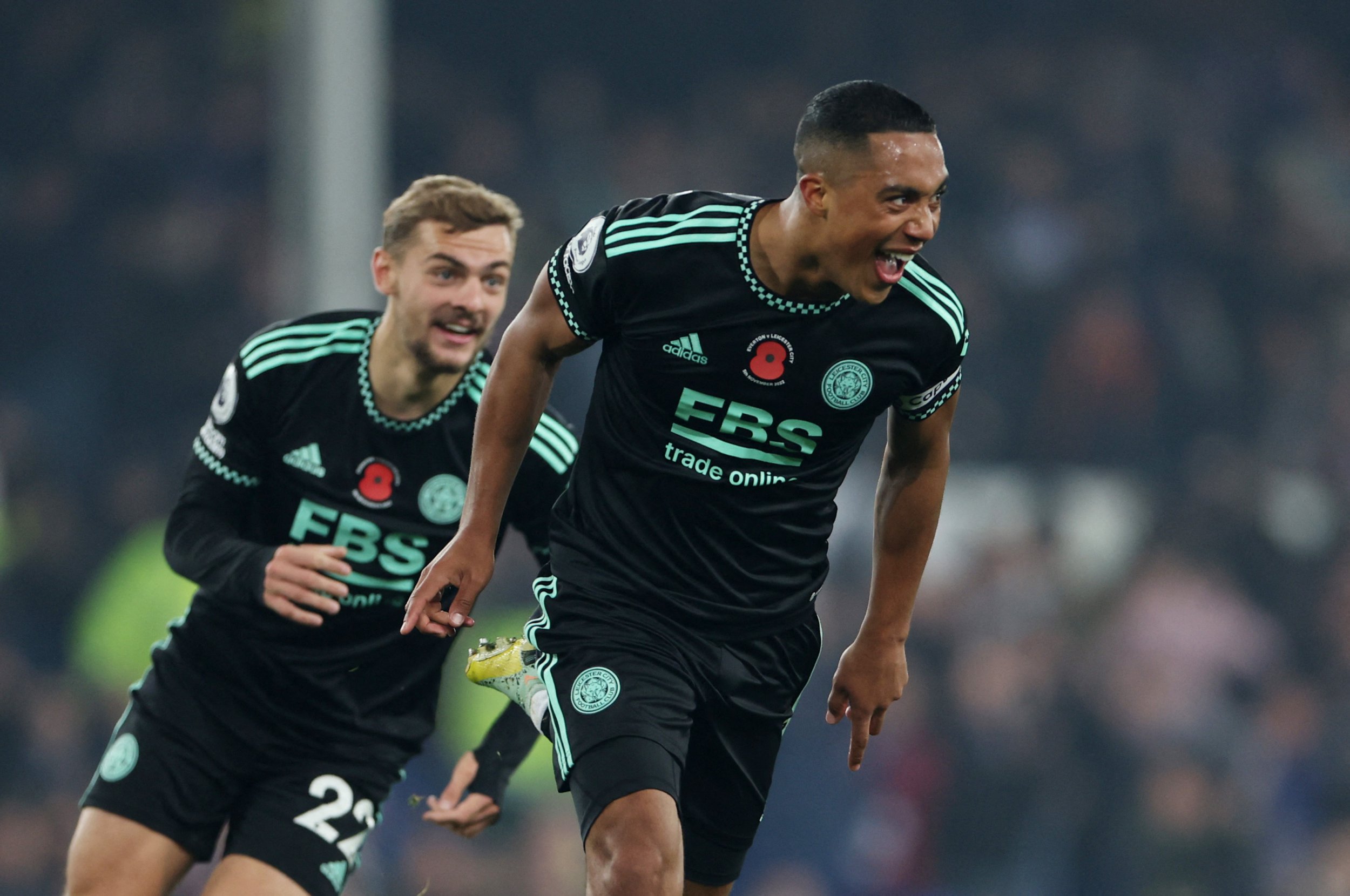 Leicester moved out of the relegation zone for the first time since August after securing their third win in four games against Everton thanks in part to a wonder-strike from Youri Tielemans.

Tielemans is unlikely to score a more important goal for Leicester than the screamer that won the club its first FA Cup in 2021, but he has netted more spectacular ones; this was perhaps his best yet. James Maddison nudged the ball into Tielemans’ path and he expertly set himself up for the volley with his thigh before firing a volley into the top corner. Jordan Pickford dived for it; he needn’t have bothered.

The Foxes were the better side for the majority of the game and finally sealed their win four minutes from time when Harvey Barnes rifled a shot into the net after being teed up by Maddison. Maddison’s pair of assists took him to 10 direct goal involvements – six goals, four assists – in the Premier League this season and he will hope that will propel him into Gareth Southgate’s World Cup plans.

One player who looks unlikely to make the trip to Qatar is Dominic Calvert-Lewin as he hobbled off with what appeared to be a hamstring strain during the second half.

Here’s how the players rated: