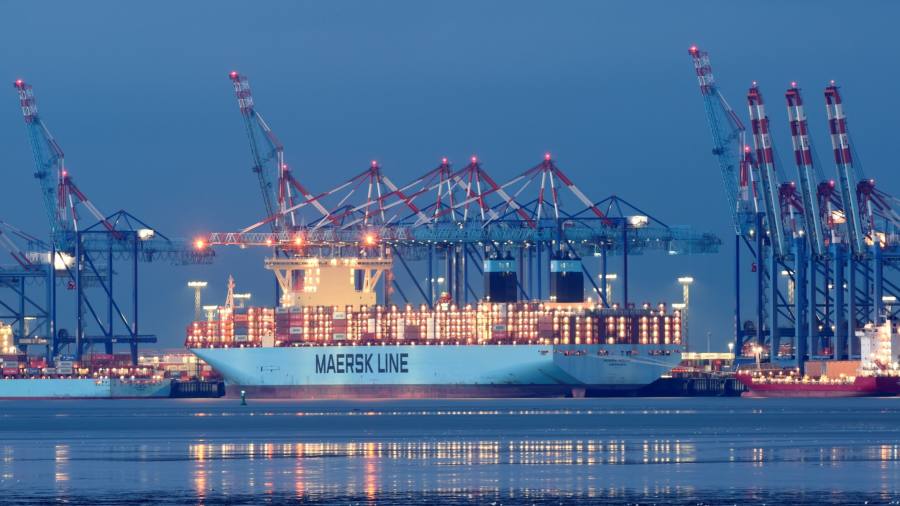 The oil industry is holding back a clean energy transition in global supply chains, the head of decarbonisation at AP Møller-Maersk has warned, as he called for the shipping group’s suppliers to offer more affordable green fuel.

Morten Bo Christiansen said Maersk risked not having the green methanol supplies it needs to fuel zero carbon ships, as the Danish group signed an agreement with the Spanish government to explore clean energy production in the country.

“Today, we buy our fuel from the oil companies. But they have not offered us any green methanol at a price point we can accept,” he told the Financial Times.

“You would have expected that your current supplier would help you find the new juice. But that has not been the case so far.”

Shipping companies, which are responsible for transporting the vast majority of goods between countries, have long been among the world’s most polluting. In recent months, several have announced commitments to clean up, with Maersk declaring its ambition to achieve net zero emissions by 2040.

But Christiansen said the group will need about 5mn tonnes of green methanol per year by 2030 to hit its targets, adding it may not secure this level of supply unless production accelerates.

The executive was speaking as Maersk announced it had signed a “general protocol for collaboration” with the Spanish government, through which it will “explore the feasibility” of clean energy production.

“We are concerned that we will not see that supply in the market and that is why we have done this arrangement with the Spanish government,” said Christiansen. “We want to initiate new projects that are not on the drawing board today.”

Madrid said the project could eventually draw €10bn of investment. Maersk, which has generated record profits due to sky-high freight rates during recent supply chain disruptions, is currently only investing in research that will determine whether a development is economically viable, Christiansen said.

Nadia Calviño, economy minister and one of Spain’s deputy prime ministers, hailed the move as “a very good symbol” of investor interest in Spain.

“We are in a very attractive position, due obviously to our geographical location for the maritime transportation sector, with top quality infrastructure,” she told the Financial Times.

In recent months, the country has pitched itself as a potential new energy hub for Europe, after the fallout from the Ukraine war disrupted supplies of Russian gas.

Analysts say a number of energy sources could emerge as fossil fuel alternatives for the shipping sector, including ammonia and methanol produced using renewable energy or biomass.

But Christiansen said Maersk does not expect green ammonia to be scalable until the end of the decade, adding its toxicity poses a safety risk.

“Short-term, there is only one green fuel,” Christiansen said, adding that non-green methanol is currently used by the industry. “[Methanol] is the only thing we know that works.”