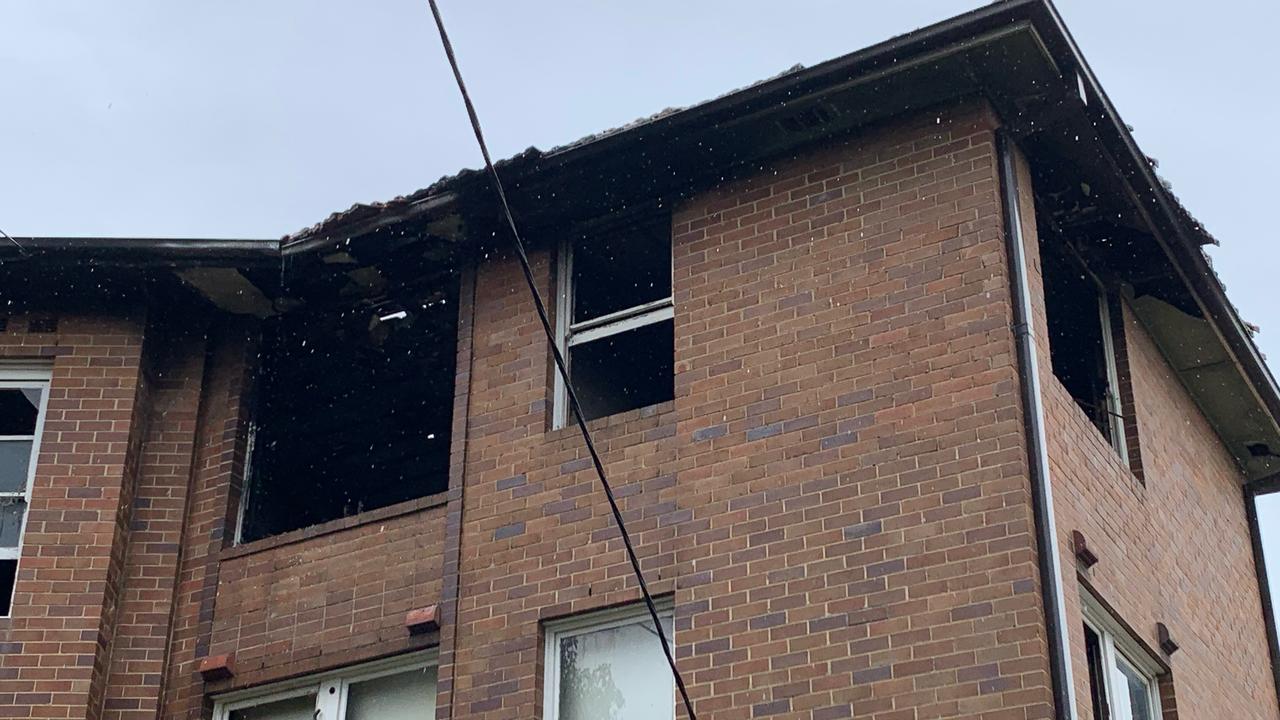 Shocking footage of a three-storey unit in Sydney’s inner west burning after an “explosion” has emerged as a man fights for life after jumping to safety from the inferno.

NSW Fire and Rescue and Police are investigating the cause of the explosion, which occurred at 2am on Saturday.

Firefighters were called to the unit on Trafalgar Parade at Concord after neighbours reported they heard “loud bangs” and windows being blown out.

Video captured by residents shows flames billowing from the unit as fire crews surround the building.

A man in the background can be heard yelling as the camera steadies on the burning structure.

Initial investigations suggest the unit’s occupant may have lit a cigarette near a gas stove that was left on, which triggered the explosion.

Flames had erupted from the top of the three storey building by the time firefighting crews arrived.

A man inside the engulfed unit had to jump to safety to escape the blaze.

He sustained serious burns along with cuts to his head, chest and arms. The man also reported pain to the right side of his body.

The man, in his 60s, was treated by an off-duty paramedic before he was rushed to hospital in a critical condition.

No-one else was injured in the blaze.

Police have established a crime scene and are working with fire investigators to determine exactly how the inferno broke out, a NSW Fire and Rescue spokesman said.