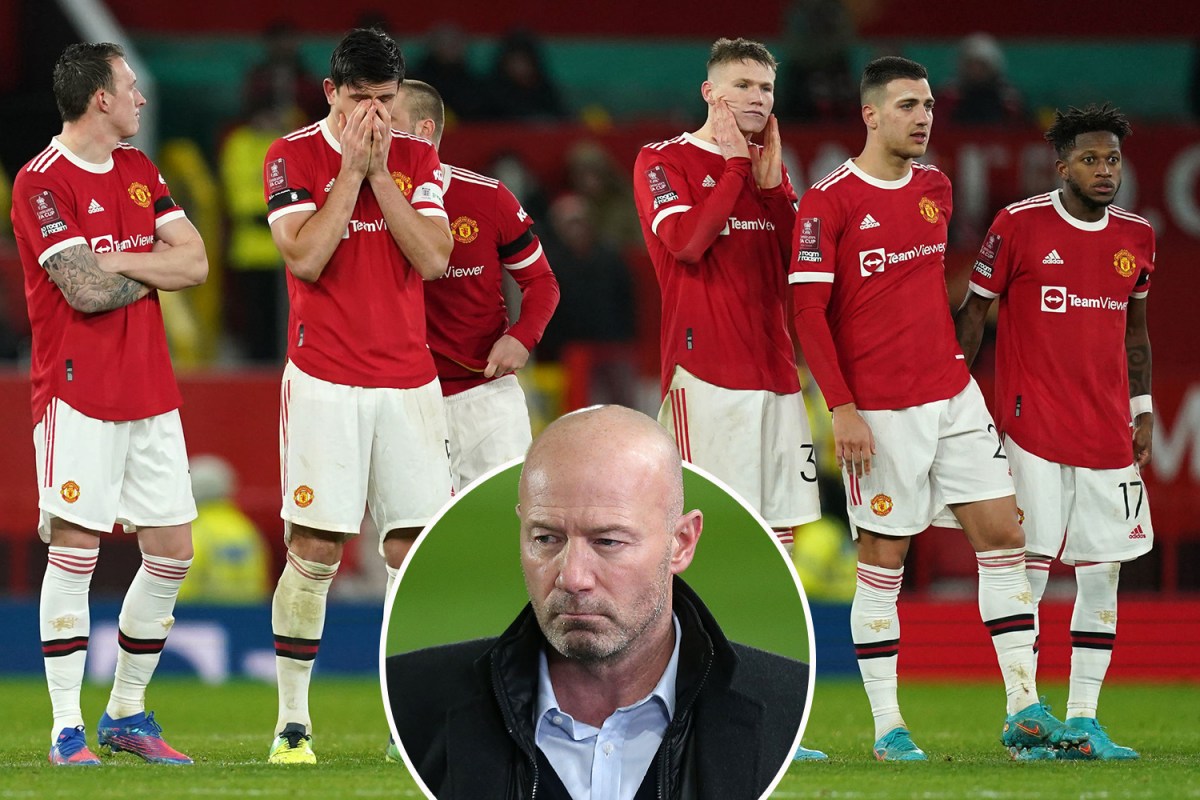 ALAN SHEARER has torn into Manchester United as a ‘leaky, noisy, messy club’ living on excuses.

The Red Devils are on a dreadful run of form which has seen them throw away first-half leads to record three 1-1 draws in a row.

Pundits and fans alike have blasted just about every member of the current crop of United stars in the wake of the latest stalemate against Southampton.

And now the Premier League’s record goalscorer has slammed them as a bunch of moaners looking for someone to blame.

He wrote in the Athletic: “When I look at Manchester United, I see chaos, a team lacking any kind of discernible identity and an institution bereft of strategy, whose last three managers, if you include Michael Carrick, have been temporary appointments.

“They have become an interim football club — a club of caretakers, where authority has become diluted and players inhabit a world of excuses — who have spent an absolute fortune to become truly unexceptional.

“On the pitch, they are frayed and ragged, edgy and bad-tempered, casting around for someone else to blame, unsure of who and what they are.

“What a leaky, noisy, messy club they have become.”

Most read in Football

Rangnick is in charge until the end of the season, with Paris Saint-Germain manager Mauricio Pochettino apparently the players’ choice to take over.

And Shearer poured scorn on the idea United should be headed up by a temporary boss, who followed caretaker Michael Carrick after the sacking of Ole Gunnar Solskjaer.

He added: “It’s carnage! Where is the joined-up thinking? What is the decision-making structure? And how do players respond to this shifting authority?”