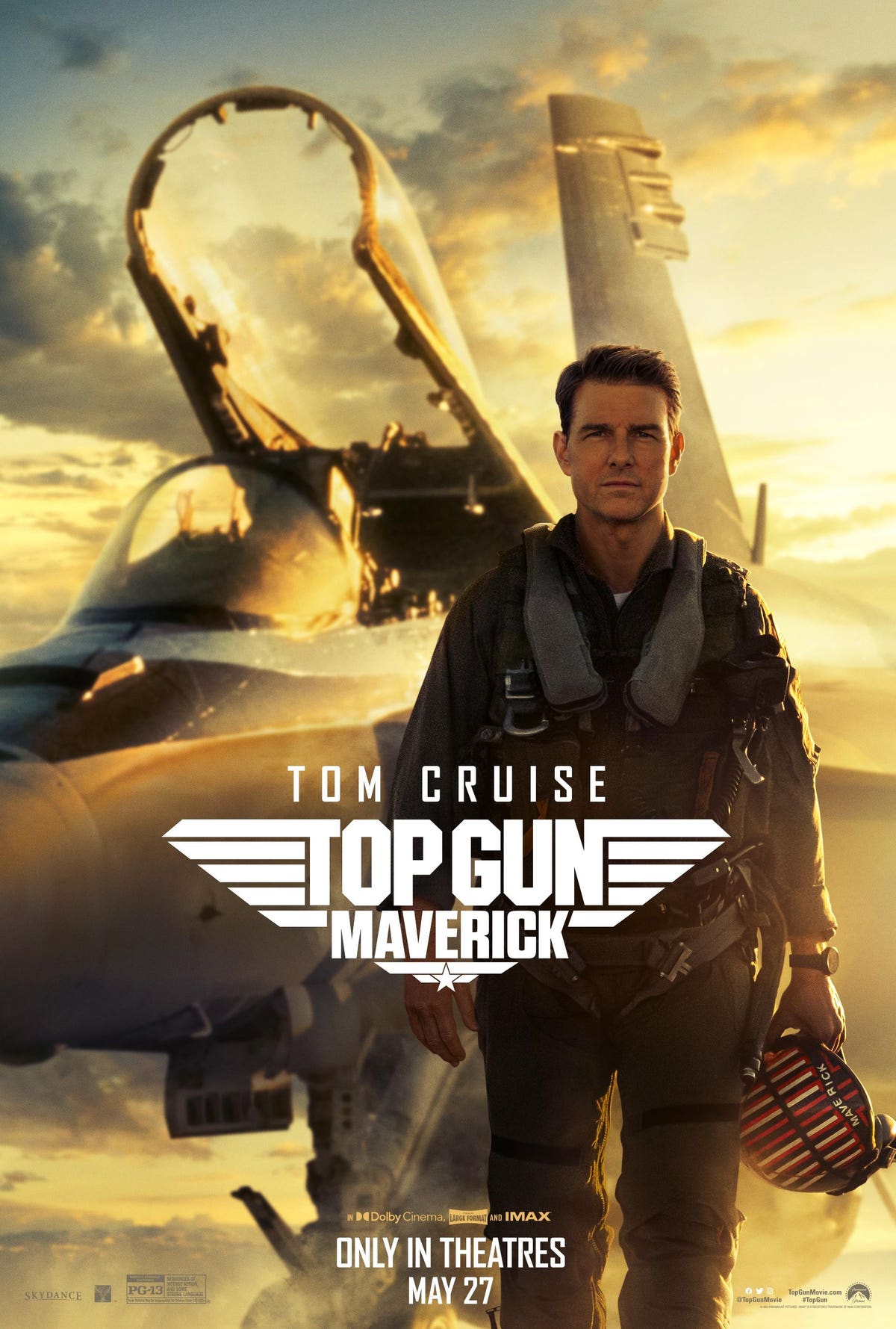 Director Joseph Kosinski’s acclaimed Tom Cruise-piloted sequel Top Gun: Maverick debuts on Paramount+ streaming service in just over three weeks, so the studio is deploying the $1.48 billion blockbuster one last time into theaters. The film is currently the 11th highest-grossing release in history, and the upcoming rerelease should be enough to easily lift it past $1.5+ billion.

Top Gun: Maverick returns to premium theaters including IMAX on December 2nd for a two-week limited run ahead of its Paramount+ premiere on December 22nd.

Maverick is just $29 million from passing Furious 7 (which sits at $1.515 billion) for the #10 spot on the all-time global box office charts, and a mere $33 million away from topping Marvel’s The Avengers (which grossed $1.518 billion) to take the #9 spot.

Due to the incredible success of Maverick, a third film seems inevitable. Miles Teller, who plays Rooster in the film, has pitched his own idea for a follow-up, tentatively titled Top Gun: Rooster. Cruise is in discussions to return if the project gets off the ground.

Top Gun: Maverick had an impressive run on home entertainment so far, becoming the best-selling first-week digital sell-through title of all time. The film also sits atop Blu-ray/DVD sales charts for the third week straight.

With few significant releases vying for audience dollars — notably Black Panther: Wakanda Forever — it looks like Top Gun: Maverick has a couple of easy weeks ahead of it, and it will avoid competing with Avatar: The Way of Water. While the theater count for Maverick will be lower, it’s premium locations and thus will demand higher ticket prices, which should guarantee a final worldwide cume north of $1.5+ billion. I think it will top Furious 7 and has decent odds of topping The Avengers as well.

If Top Gun: Maverick can secure the #9 spot on the all-time chart, it will have topped half of Marvel’s Avengers franchise at the box office. No small feat, that.

At this point, the only film that looks capable of besting Maverick’s box office tally is Avatar: The Way of Water, which releases December 16th — right after Maverick leaves theaters, in other words. But it remains to be seen whether the Avatar sequel can sell enough tickets by the end of December to beat Maverick for the 2022 calendar year’s theatrical gross.

It will be quite a surprise if the biggest film of the year winds up being not a Marvel or DC superhero film, nor a Disney or Pixar animated feature, and not even a Jurassic Park dinosaur sequel, but instead an adult action-drama that’s a late follow-up to a 1980s hit military movie.

That’s not to discount the enormous box office draw of Tom Cruise, especially in a legacy sequel, but despite his reliable blockbuster status Cruise has never had a film top $1 billion until Maverick. Indeed, before 2022, the star’s highest grossing release was 2018’s Mission: Impossible – Fallout with $790+ million.

So it was unexpected to say the least when Top Gun: Maverick soared to $1 billion, and even more of a shocker to see it continue gaining altitude and nearly reaching $1.5 billion by the end of its run. Those are, again, Avengers numbers. Should it add enough to reach #9 on the worldwide all-time box office charts, that would mean Avatar: The Way of Water would have just two weeks to pass roughly $1.52+ billion.

By comparison, 2018’s Avengers: Infinity War took 18 days to reach the same milestone, and the long-awaited Star Wars: The Force Awakens required 19 days to match the same numbers in 2015. Will Avatar: The Way of Water play like any of those films and barrel quickly beyond those box office markers, or will it take a more leisurely pace into the New Year as it seeks to achieve record-setting results?

Time will tell, but I am eager to see what happens and whether the 2022 box office crown goes to a more expected contender — Avatar: The Way of Water — or if Top Gun: Maverick can be a dark horse candidate that defies the odds and comes away with a victory like its titular character.

I have to believe the smart money is on Avatar 2 taking full advantage of its holiday position and just squeaking in with $1.5 billion by year’s end, but at this point I’m done being surprised by Top Gun: Maverick and won’t bat an eye if it winds up making enough in rerelease this month to stay ahead of Avatar: The Way of Water until after the New Year.

Check back soon for more updates and reviews, dear readers, including coverage of Avatar: The Way of Water, my Christmas lists for the year, my picks for 2022’s best films, and much more.