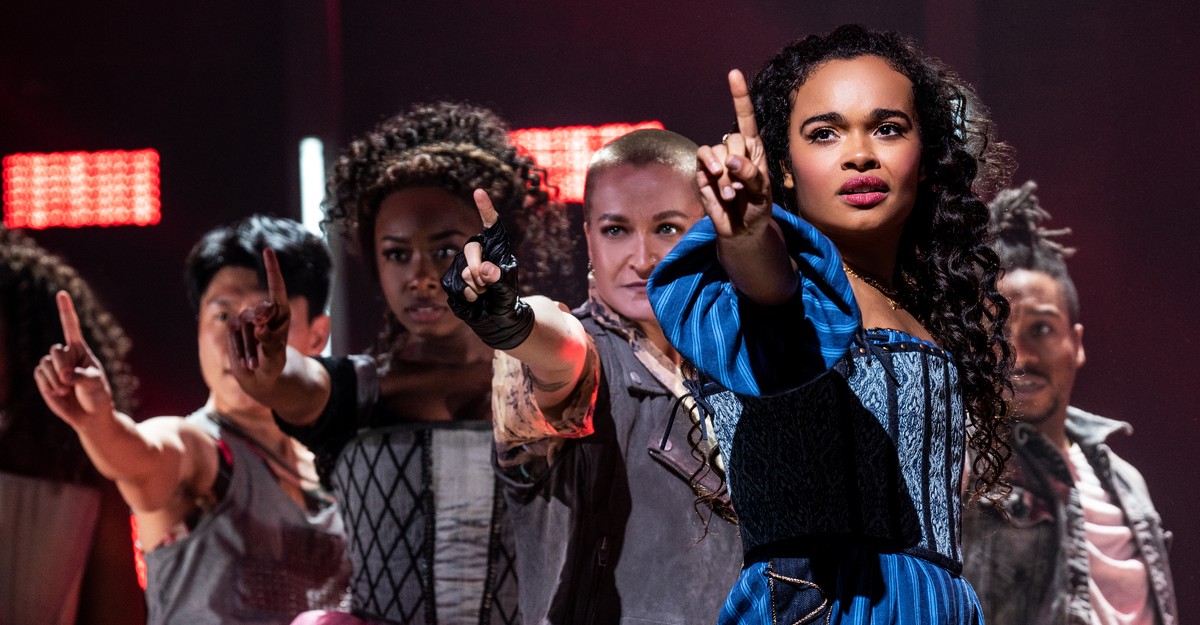 In music history, the people who excel at the behind-the-scenes jobs of writing and producing hits can earn their own kind of glory: becoming synonymous with a sound. Quincy Jones will forever be known for the warm tang of disco strings and jazz chords. Jack Antonoff is currently associated with fist-in-the-air fun summoned by reverb, synths, and famous women feeling liberated to sing sillily.

How to sum up Max Martin, the most important songwriter and producer in decades? The 51-year-old Swede has written or co-written 25 No. 1 Billboard Hot 100 hits—a streak surpassed only by John Lennon and Paul McCartney. Starting in the ’90s (with Britney Spears’s “… Baby One More Time”) and continuing today (BTS and Coldplay’s “My Universe” topped charts in 2021), he has made his mark with teen pop (Backstreet Boys, ’NSync), inspirational pop (Katy Perry, Celine Dion), R&B-pop (The Weeknd, Normani), rock pop (Bon Jovi, Måneskin), and the pop subgenre known as Taylor Swift. He has also rarely spoken in public. “We actually haven’t come up with a name for what Max has done,” Simon Cowell marveled recently. Think of Martin as a bay leaf: influential yet imperceptible.

But & Juliet, a ridiculous and entertaining new Broadway musical built around Martin’s catalog, does bring out his flavors. With a cheeky script by the Schitt’s Creek writer David West Read, the play swirls years of smashes into a rich megamix. The story itself centers on another great writer, William Shakespeare, thereby implying that Martin’s so-called melodic math is like the Bard’s trademark sonnet form: a blueprint for brilliance. As the show bounces along through a reimagined Romeo and Juliet, it also suggests that Martin’s power lies not just in structure but in meaning. He’s a utopian, a peacemaker, who renders complexity simple and conflicts solvable. We listen to satisfy a deep craving for order without boredom.

The ever-mysterious Martin never gets a mention in the show, naturally. Instead we meet Shakespeare, brimming with cockiness, in 16th-century London on the premiere night for Romeo and Juliet. But his cast recoils at the gruesome ending he has written for the play’s two young lovers. His wife, Anne Hathaway, has a suggestion: What if Juliet were to survive Romeo? William and Anne debate their creative visions to the tune of the Backstreet Boys’ “I Want It That Way.” Suddenly we’re in a new play, one that tracks both the story of Juliet if she’d lived, and a meta story about tragedy tussling with fantasy.

That particular song, it must be noted, lives on in the popular imagination partly for the strange way Justin Timberlake pronounced me as may. The new musical makes a punchline out of that pronunciation in one of its many nods to the fact that the words in Martin’s music can be kind of … off. In the 2015 book The Song Machine, John Seabrook argued that, in general, Swedish songwriters’ shaky command of English has served as an asset by making melody more important than metaphor. Parsing inexplicable turns of phrase is thus part of the fun of listening to Martin’s work. In a great scene from & Juliet, one character offends another with the condescending implications of the Backstreet Boys’ “As Long As You Love Me”: “I don’t care who you are / Where you’re from / What you did / As long as you love me.”

Read: I ran a Backstreet Boys website for superfans

Yet, by using Martin’s words to ferry one scene to the next, & Juliet also ends up emphasizing the cogency of his work. On both a lyrical and musical level, he writes songs like essays, each verse a self-contained sentence that builds on what came before. (“I want to try to have people be intrigued by the whole song, from beginning to end,” Martin told The New York Times.) His trampoline-like choruses, which impart the sensation of both falling and rising, tend to land back on Earth with a single, concluding exclamation: “What are you waiting foooor?” When & Juliet’s Hathaway (played by Betsy Wolfe) delivers Celine Dion’s “That’s the Way It Is” in a slow, conversational tone, she reveals the song as a meticulous—and moving—logic proof about the nature of love.

The show’s tender moments hint at Martin’s secret ingredient: emotional complexity. Straightforward though his music is, it usually transcends the stereotype of pop as an art form crayoned in primary colors. (The exceptions are rare career lowlights such as Timberlake’s “Can’t Stop the Feeling,” which provides & Juliet’s awkward crowd-participation coda.) Like fellow Swedes ABBA and Robyn, Martin excels at melodies that have a kind of bruised beauty, capturing in-between feelings. & Juliet turns Spears’s “… Baby One More Time” into a smoldering elegy for Romeo, but the original would have had the same effect, as it always relied upon a stone-in-the-stomach, hurts-so-good sadness.

In an ingenious touch, Read has made the tension between brightness and bitterness central to his story. Late in Act 1, Shakepeare wrests the quill away from his wife and inserts some conflict into the effervescent story she’s been writing. That rude yet useful move allows the musical to channel the hard-rock angst that Martin—a onetime metal frontman—has often used as gasoline (see Bon Jovi’s “It’s My Life”). Pulled along by melody, incident, and spectacle, the show achieves roiling momentum without ever tipping into chaos, and lands at a happily ever after that feels more like a hopeful what’s next? Vibrant serenity, restless equilibrium—that’s the Martin feeling.

Were & Juliet to slow its pace, the audience might start to ponder some of the knotty questions surrounding the production—variants of dark questions that haunt recent pop history. With diverse casting and feminist messaging, is this male-authored show acknowledging or distracting from the way in which white male songwriters so often owe their success to Black innovators and women performers? And did Martin’s onetime pupil Dr. Luke—accused by the singer Kesha of rape, which Luke has denied (and contested in an ongoing defamation suit against her)—need to be involved as a producer? By coming to Broadway, Martin is inviting the sort of scrutiny he’s avoided until now. The show, like his music, doesn’t make the world’s problems vanish—but it does make them feel, for a flash, under control.