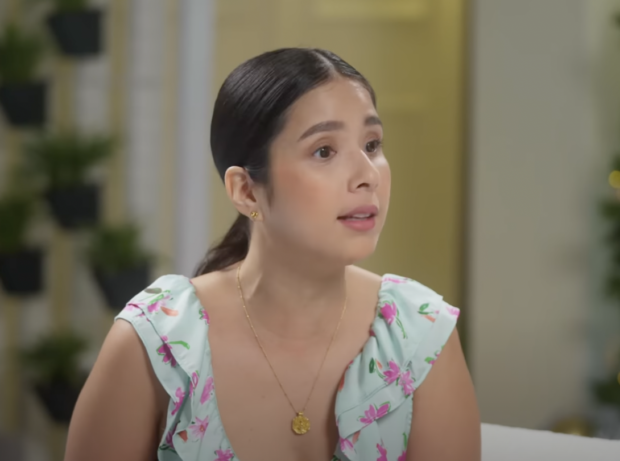 Maxene Magalona spoke up about her separation from ex-husband Rob Mananquil, admitting she considers it as a “blessing in disguise” as it enabled them to “work on themselves” and process unresolved personal issues.

Magalona looked back on her marriage with Mananquil after she was asked by actress-TV host Toni Gonzaga what she learned from the breakup in an interview for Gonzaga’s vlog on Friday, Dec. 2.

“Coming into my marriage, I will admit that I was still very unconscious and unaware,” Magalona said. “I was still very much controlled by my ego, which means that sometimes we get into marriages and relationships based on pressure — because of our age, because society says.

“But really, when you have not processed your trauma and when you have not worked on yourself, you’re not going to be a viable partner, a good partner,” she continued. “I fully respect my ex-husband. I’m not mad, there is no more anger… For me, the separation was actually a blessing in disguise because now I can actually work on myself even more, and he can also do the same.”

While she described the separation as a “heartbreak and failure,” Magalona noted that she can now “move forward with clarity” because she believes she did the best she could to save their marriage.

“I know that I gave my all. I exhaust all options and at the end of the day, if it’s just not a match anymore, you will have to just accept that,” she stated.

Magalona then recounted the moment she realized that their relationship had come to an end, disclosing that the separation was a mutual decision.

“I had that moment [when I thought to myself], ‘Enough is enough.’ I didn’t feel like I was myself anymore and I could also see him experiencing that — [it was as if] both us were [already] struggling,” she recalled.

During the interview, Magalona addressed her alleged involvement as a “third party” in a couple’s marriage, stressing that she does not let herself be bothered by “negative energy vampires” who spread such rumors. She also dismissed speculations that she is pregnant and pointed out that she just gained weight.

While Magalona and Gonzaga did not mention anyone specifically, it can be noted that Magalona was earlier embroiled as the “third party” in the supposed breakup of her ex-boyfriend Neil Arce and actress Angel Locsin. Arce later denied the rumors and called it “fake news.”

“I live with integrity and I speak my truth fearlessly because I know I am a woman of my word,” she said.

“If that makes them happy, sige lang (then go ahead),” she added, referring to those who chose to believe false narratives. “But for me, I pray for them. I really did pray for them.”

Magalona then revealed that she is ready to fall in love again, adding that she has been “speaking and forming connections” with other people.

Magalona confirmed in October that she is single, months after speculations arose that she and Mananquil have gone their separate ways. Breakup rumors hounded their relationship as early as January when eagle-eyed fans noticed the actress unfollowed Mananquil on Instagram.