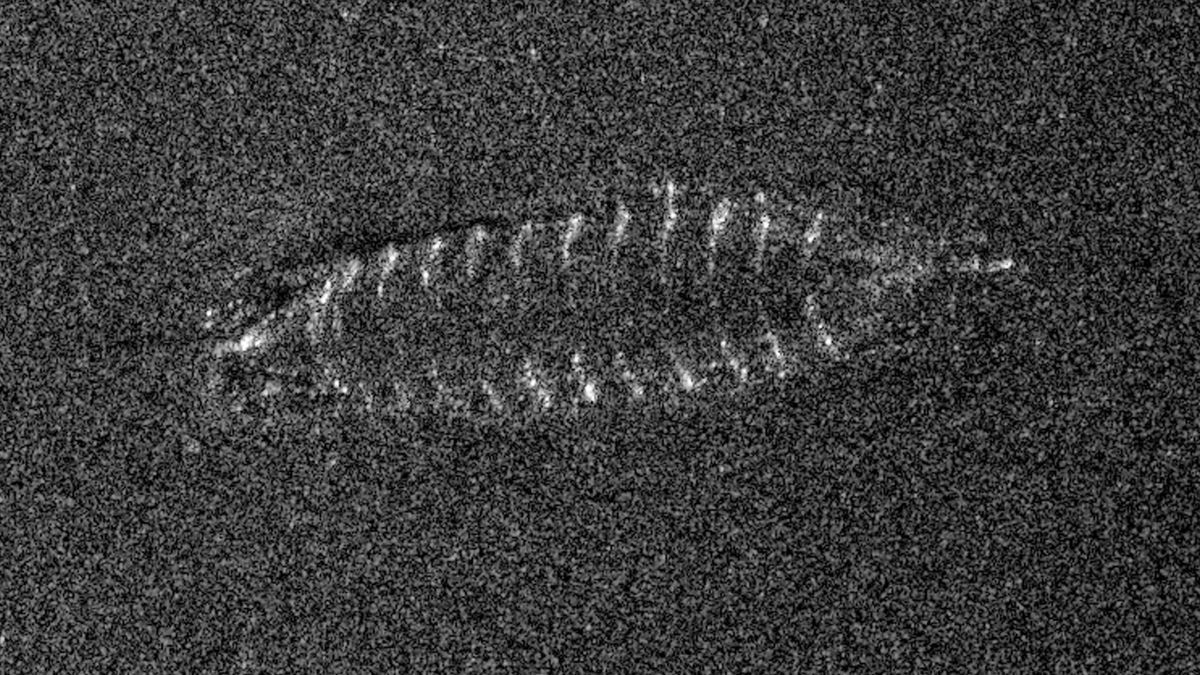 Archaeologists have discovered the remains of a mysterious vessel that could be one of Norway’s oldest shipwrecks, during an effort to locate tons of unexploded ammunition dumped on the bottom of a lake near Oslo.

What is known of the ship’s construction suggests it was built up to 700 years ago, soon after the transition from Viking ships — which were almost the same at both ends — to medieval designs with a distinctive bow and stern, Øyvind Ødegård (opens in new tab), a maritime archaeologist at the Norwegian University of Science and Technology (NTNU), told Live Science.

“We only have the acoustic [sonar] images of the wreck,” he said. “But it appears from the data that there is the outline of something that possibly could be a stern — and if that’s the case, then that doesn’t really appear until the 1300s.”

So far, bad weather and poor visibility have prevented researchers from investigating the wreck site with camera equipment, and it now looks like that won’t be possible until conditions improve next year, Ødegård said.

The sonar images clearly show the distinctive frame of a “clinker-built” ship, a traditional Norse boatbuilding method in which the planks of the hull overlap, making the hull lighter. During the medieval period, that method was superseded by smoothly joined planks on stronger “carvel-built” ships, a Mediterranean innovation.

Ødegård is part of a project led by the Norwegian Defence Research Establishment (FFI) in collaboration with NTNU to locate and map hundreds of tons of surplus ammunition dumped in Lake Mjøsa from the 1940s until the 1970s.

The lake has also been a vital trade route between prosperous communities since at least the Viking Age (the eighth to 11th centuries), and Ødegård said he was drawn by the possibility of finding cultural objects in the depths.

“Finding the wreck was almost a byproduct of the original mission to map dumped munitions,” he said. “I expected to find some things — that’s why I was participating in the project.”

The AUV is equipped with sonar — sound navigation and ranging — which uses the reflections of sound pulses to make detailed acoustic images of the surroundings, even in almost lightless environments, such as the depths of the lake.

Several acoustic images from the AUV have been used to make a three-dimensional model of the wreck.

Ødegård suggested that the vessel would have had a single mast with a square sail — much like a Viking ship — but that it seems to have sported a central rudder, rather than the traditional Viking rudder on the right side of the hull.

Ships of the same size and build were probably common on Lake Mjøsa in the medieval period, although the researchers won’t be able to determine the vessel’s purpose until they can explore it with cameras. “If we are lucky, there could be some cargo on board,” Ødegård noted.

Also unknown is how much of the hull protrudes above the deep layers of sediment on the lake floor, which are partially invisible to the AUV’s sonar equipment, he said.

There may be even older wrecks to find in the lake. “If we are going to find a Viking shipwreck in Norway, then Mjøsa is probably the place with the most potential for such a find,” Ødegård told Science Norway (opens in new tab).