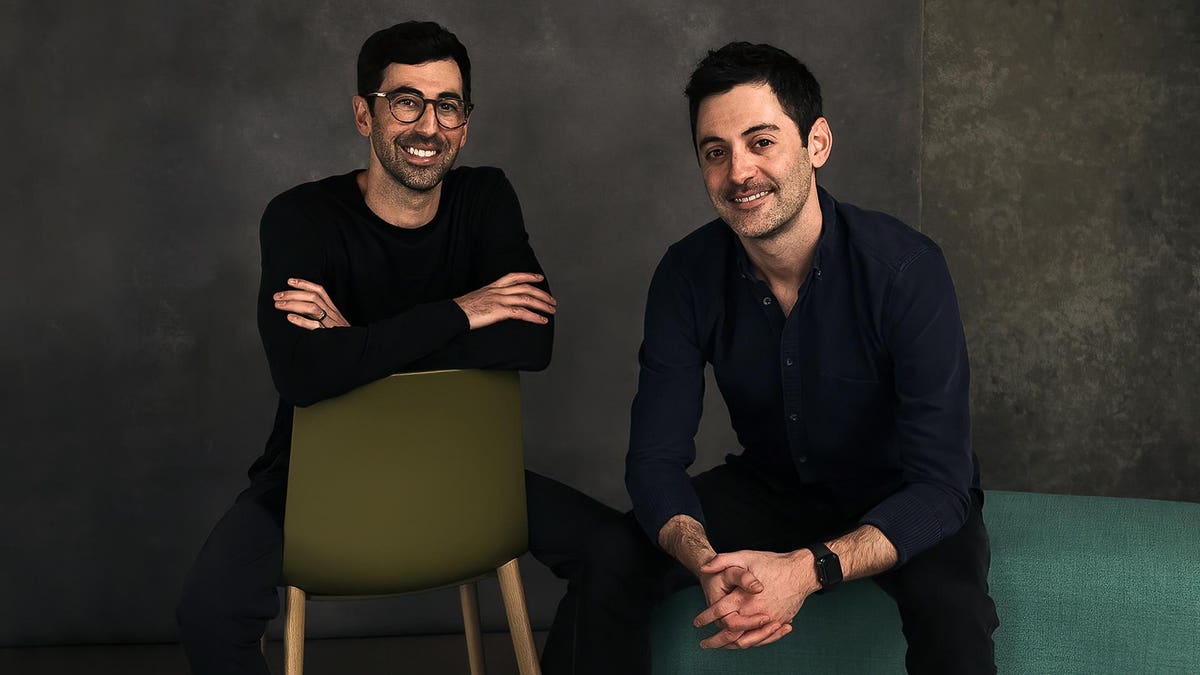 Backed by Howard Schultz, Kevin Durant and Snoop Dogg, Ross Lipson’s e-commerce platform claims more than 40% of the market and doubled its valuation last year to reach $3.8 billion. But as legalization spreads, its business could go up in smoke.

On October 1, 2015—the first day of recreational cannabis legalization in Bend, Oregon—Ross Lipson was waiting on an hour-long line to buy a little weed. A few years earlier, he had sold the online food ordering business he had cofounded after dropping out of college for an estimated $30 million. Since then, the twentysomething entrepreneur spent his days snowboarding, during what he describes as his “sabbatical” from working for a living. But before he got to that cash register, a new business idea hit Lipson like a bong rip: He should start a company that helps dispensaries take orders online.

“I really feel like I was the right person, at the right place, at the right time,” says Lipson (above, left), now 34. “It was the first day of legalization in Oregon, the first hour, I’m standing in line and the light bulb goes off in my head which is online ordering for cannabis. And you know I’m the right person to do that as I have tons of experience over almost a decade in the restaurant space.”

He immediately called his older brother, Zach (above, right), who was in the process of selling his startup RepPro, an online tool for financial advisors, to see if his idea was a good one—or a cannabis-inspired entrepreneurial delusion. “He quickly said, ‘It’s a no-brainer, you have to do it,’” Ross Lipson recalls. By July 2017, the brothers had launched Bend-based Dutchie as an e-commerce software company that helps dispensaries put their menus online so customers can order flower, edibles or vapes with a few taps on their smartphone for pick-up—delivery is not an option. It’s a model that’s essentially a combination of Shopify and Seamless, but for pot.

The first dispensary to use Dutchie’s software was the same one where Lipson had his eureka moment, and within months, 50 Oregon dispensaries had signed up for the service.

“We’re adamant about staying in that technology piece of the puzzle,” Lipson says of Dutchie, “rather than moving into touching the plant.”

Excited by a way to invest in the cannabis industry—without directly investing in a still federally illegal drug—investors jumped in. Snoop Dogg’s venture firm, Casa Verde Capital, led a $3 million seed round in 2018. Two years later, Josh Kushner’s Thrive Capital, NBA star Kevin Durant’s fund, and billionaire and former Starbucks CEO Howard Schultz bought in. In March 2021, Dutchie raised $200 million in a Series C, led by Tiger Global, which has backed companies such as Peloton, Roblox, Spotify and Juul. The investment made Dutchie a cannabis unicorn, valued at $1.7 billion.

Seven months later, in mid-October, Dutchie announced a new $350-million financing round, led by billionaire Daniel Sundheim’s D1 Capital Partners at a $3.8 billion valuation. It’s all based on potential. All told, Forbes estimates that Dutchie generated around $5 million in revenue in 2020 and around $45 million in 2021. Lipson would not comment on his company’s revenue.

Dutchie sells e-commerce and point-of-sale software to dispensaries that helps them take online orders, manage inventory and state law compliance, and run their cash registers. Dutchie sells its software products on a monthly subscription basis, ranging from $500 to $1,000 per dispensary. There are currently an estimated 9,000 dispensaries across the United States and Canada, and Dutchie claims that about 5,000 have at least one Dutchie software product.

But more than anything, what Dutchie’s investors are banking on is the potential of the cannabis industry while it’s still in its infancy. In 2020, U.S. cannabis sales hit $17.5 billion, but that number is projected to grow to $100 billion by 2030. So Dutchie has become a way to invest in the industry without investing in a cannabis company. Lipson says Dutchie will never grow, sell, or distribute marijuana.

“It will always, always, always be software,” he says. “We’re adamant about staying in that technology piece of the puzzle, rather than moving into touching the plant.”

It’s an important distinction because many investment funds are governed by rules that prevent backing companies that break the law or infringe the limited partners’ morality clause.

Gaurav Ahuja, a partner at Josh Kushner’s investment firm Thrive Capital, which invested in Dutchie, says the upside is still years away. “We see a lot of parallels to beer, wine and spirits, which is a $235 billion [annual sales] category,” says Ahuja, “but these are still relatively early days for the cannabis industry. Dutchie’s opportunity will grow as access to cannabis grows for consumers and banking resources expand for cannabis-related companies.”

“People are realizing just how large an opportunity this is and how much more Dutchie can do,” says Karan Wadhera, managing partner at Snoop Dogg’s Casa Verde Capital, which participated in every Dutchie funding round. “I would say, at the core, becoming one of the premier players in point-of-sale, and e-commerce alone is incredibly exciting. Dutchie will have a presence in every new market and then there’s opportunities outside of the country, and outside of the continent.”

Others are skeptical of just how high the company can go. For instance, Dutchie says its platform will process $12 billion in cannabis transactions across the U.S. and Canada this year. But the word “processing” is a bit of a misnomer. Dutchie and its point-of-sale products, GreenBits and LeafLogix, are not payment processors and many of the transactions that flow through its e-commerce platform are recorded by other point-of-sale systems. Plus, most of the transactions in the industry are still done with cash—Visa, Mastercard, Square and other payment processors won’t accept cannabis transactions until it is legal at the federal level. This means dispensaries can only accept cash or cash equivalents like ACH transfers or sketchy cashless ATM transactions.

To put that $12 billion claim in perspective, the U.S. and Canada hit an estimated $29 billion in annual sales in 2021, according to analysts at Cowen. In other words, Dutchie claims it had 41% of the North American market last year. But interviews with cannabis investors, operators and analysts in the industry suggest that Dutchie’s market share is as generous and positive as possible. “I see those numbers and roll my eyes,” says a longtime cannabis investor who asked to remain anonymous.

Most of Dutchie’s investors, including billionaires Howard Schultz and Dan Sundheim, along with Josh Kushner and principals at Tiger Global, declined interviews and would not answer questions via email. Lipson defends his numbers, saying his company’s projections are true. “We stand fully behind the accuracy of our numbers, 100%,” says Lipson.

For the time being, it doesn’t really matter if Dutchie’s numbers are bulletproof. The company has been able to weaponize its massive capital and sell its software to dispensaries for cheaper than its competitors because Lipson says he’s more concerned about growth right now, not profitability. (Dutchie is not profitable and has no timeline for when it will be in the black.)

Meanwhile, federal legalization is not a sure thing under a Biden administration, and cannabis banking reform was cut from Congress’s defense spending bill last year. That’s doubly bad news for the industry but good for Dutchie. When the United States finally ends its prohibition on pot, e-commerce giants such as Shopify and payment processing companies, like Visa or Square, will rush in—and companies like Dutchie will be vulnerable.

Ever the optimistic preacher, Lipson dismisses the notion that Dutchie could be crushed by the mainstream players who will descend after legalization. “We don’t see it as a threat,” he says. “We see it as an opportunity. It’s not a winner-take-all market and there is plenty of opportunity for many.”