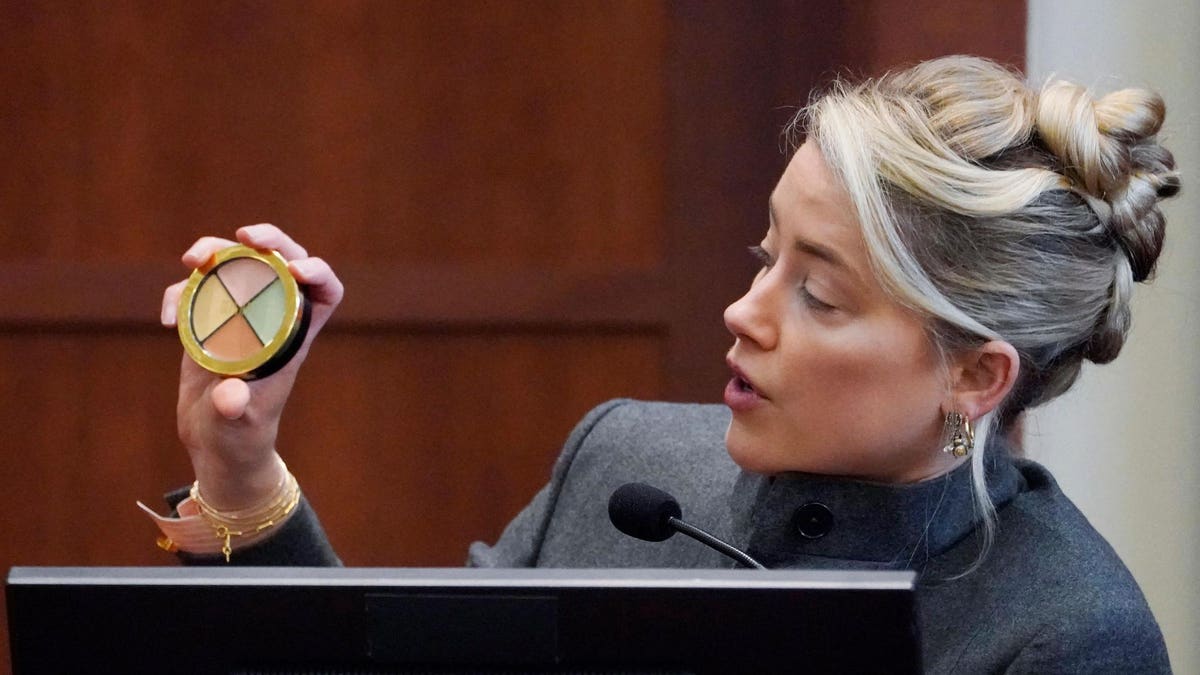 While accusations of defamation and explosive claims of domestic violence by both Johnny Depp and Amber Heard play out in a Fairfax, VA courtroom, beauty enthusiasts have focused on an unexpected party: Milani Cosmetics.

During opening statements on April 12th, Elaine Bredehoft, lead counsel for Amber Heard, held up what the beauty community quickly identified as Milani Cosmetics Conceal + Perfect All In One Correcting Kit. The correcting kit, which comes in a variety of shades, was presented to the jury. “Let me show you this. This is what Amber carried in her purse during the entire relationship with Johnny Depp,” Mrs. Bredehoft recited while holding the Milani product in open court.

After the opening statement’s surprise introduction of their kit, Milani Cosmetics released a video on their official TikTok countering Ms. Heard’s counsel’s claims that Ms. Heard had used the brand’s palette during her relationship with her ex-husband, pointing to the brand book, item code, and product launch date in 2017 — a time after the spouses had already divorced. “You asked us… let the record show that our Correcting Kit launched in 2017!” the brand’s TikTok post read, bolstering over 5.5million views.

And while social media reporters like @houseinhabit and fan accounts of both actors continue to weigh-in and debate one another in the court of public opinion, Milani Cosmetics has once again been dragged into the Fairfax, VA courtroom today as an unwilling participant in Depp v. Heard.

During Ms. Heard’s continued direct examination testimony this afternoon, the actress held up Milani’s Conceal + Perfect All-In-One Correcting Kit and displayed it to the jury while testifying on the witness stand. “This is what I was talking about as a color correction kit. This is not — obviously — the exact one I used to carry but I used to carry it with me all the time.” Whether Ms. Heard was referencing the palette she held in-hand at the time of her testimony, or the Milani product itself is unclear.

The cosmetics brand, founded by siblings Ralph Bijou and Laurie Minc in Los Angeles, has a long and storied history in the beauty industry. Known for creating luxury and high-performing products at affordable prices, Milani Cosmetics was acquired by San Francisco-based private equity firm Gryphon Investors in 2018. With a full range of face, lip, cheek, eye, skincare, and body products, Milani Cosmetics boasts over 3.7 million Instagram followers and is well-known to beauty editors and authorities as one of the most consistent and best performing brands in the affordable luxury division.

Despite the Conceal + Perfect All-In-One Correcting Kit’s recent spotlight during the ongoing defamation trial, Milani Cosmetics is known as a makeup for makeup lovers with some of the most highly reviewed blushes on MakeupAlley.