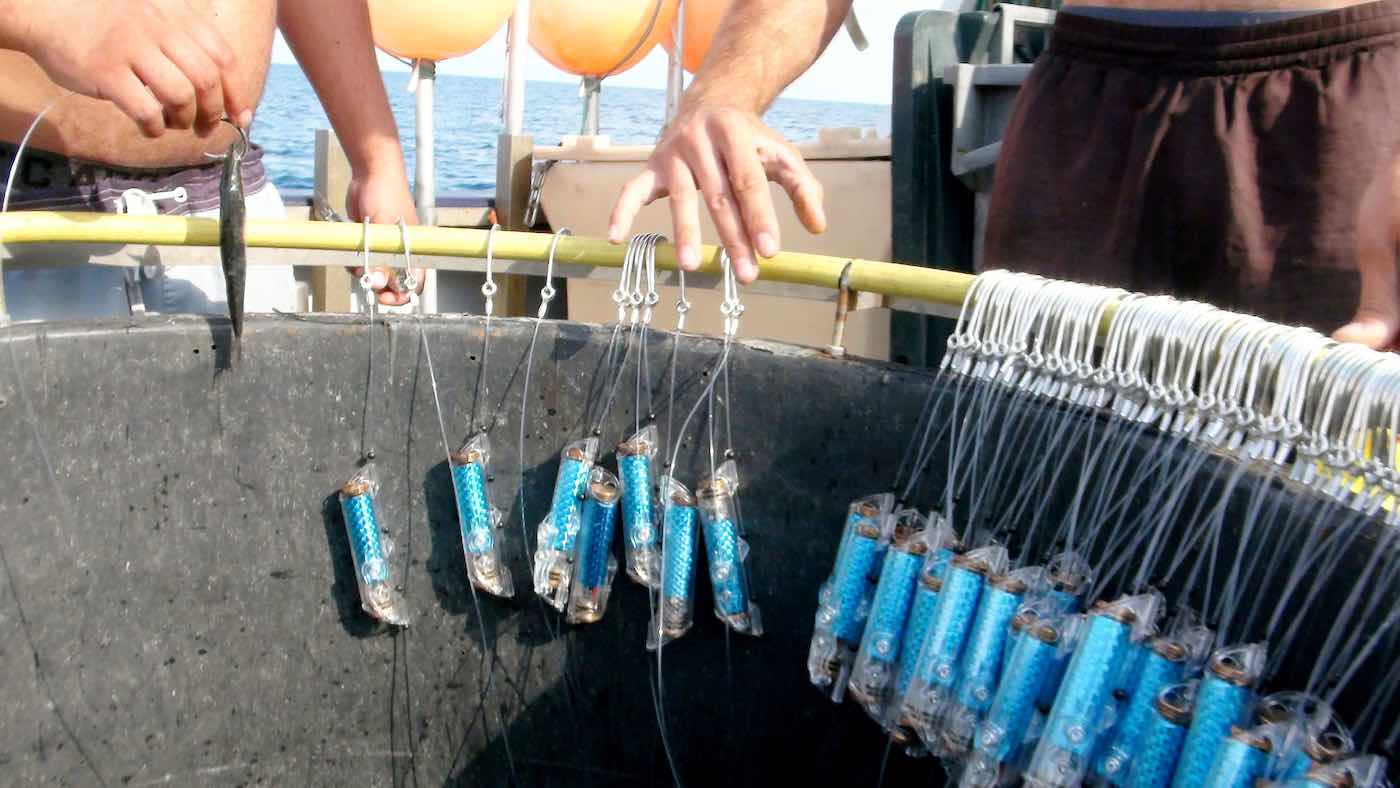 Millions of sharks could be saved from being caught on fishing hooks with a recent invention that acts like a car’s hazard lights.

Called SharkGuard, the device fits onto the longlines used by fishermen and creates an electrical field around a baited hook, which sharks and rays pick up with their electroreceptors.

Tests have shown that it can reduce the bycatch of these animals by 91% for sharks and 71% for rays.

Sharks often don’t get the conservation attention they deserve due to their rare but occasional penchant for nibbling on swimmers. The inventors say this technology could reverse the dramatic decline of endangered sharks around the world.

“The main implication is that commercial longline fishing may continue, but it won’t always necessarily result in the mass bycatch of sharks and rays,” said Dr. Robert Enever of the conservation company Fishtek Marine, producers of SharkGuard.

Longline tuna fishing is the number-one threat for sharks living in the open ocean.

In looking to mitigate this threat to the animals, Dr. Enever and his colleagues thought that shark deterrents which worked for protecting scuba divers and surfers could also be applied to tuna fisheries to protect sharks from bycatch.

The team ran sea trials of their device in July and August 2021 in southern France and have published their results in the journal Current Biology.

The researchers found that SharkGuard hooks significantly reduced the number of blue sharks and pelagic stingrays caught in comparison to standard control hooks.

The catch rate of these species per unit effort dropped by 91% and 71% for sharks and rays, respectively, whereas catch rates of bluefin tuna were not significantly influenced by the presence of SharkGuard on the hook.

The researchers also said that if the use of SharkGuard was scaled up to the level of whole fisheries, it would mean much less sharks being caught on fishing gear.

It could therefore help to slow the dramatic decline of shark populations around the world.

With efficacy proven, Dr. Enever and colleagues said they are now working to overcome a barrier of battery life so fishers can “fit it and forget it.”

A full set of induction-charged SharkGuard devices for 2,000 hooks would cost around $20,000 (£16,790) and would last three to five years, which the researchers say is a modest annual cost for most commercial tuna fishing operations.

They are now encouraging fishers who experience high shark and ray bycatch, as well as retail companies who want to improve the sustainability of their supply chain, to seek contact with Fishtek Marine early as sea trials and engineering developments are planned for commercialisation.

“There is hope! Against the relentless backdrop of stories of dramatic declines occurring across all species, it is important to remember that there are people working hard to find solutions,” said Enever enthusiastically.

“SharkGuard is an example of where, given the appropriate backing, it would be possible to roll the solution out on a sufficient scale to reverse the current decline in global shark populations.”

WATCH SharkGuard in action below…