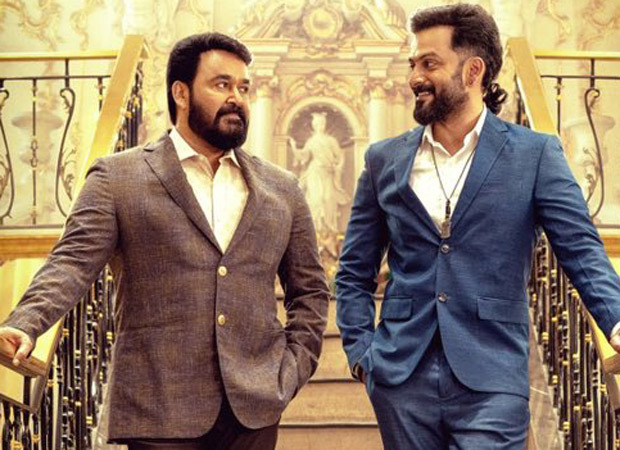 Prithviraj Sukumaran made his directorial debut with the 2019 super hit Malayalam film Lucifer with Mohanlal in the lead. Owing to the pandemic, the sequel to the film-Empuran– got delayed and Prithviraj moved on to make Bro Daddy. He collaborated with superstar Mohanlal once again for the fun family drama. Apart from directing Bro Daddy, he will also be seen starring alongside Mohanlal in the film.

On Wednesday, Prithviraj dropped the first look poster of the film featuring him and Mohanlal. In the first look poster, the duo is suited up and look dapper. Prithviraj is seen in a blue suit and also sports an earring and a ponytail, Meanwhile, Mohanlal is seen in a brown suit and looks smart in a neatly trimmed beard and slick hair. Going by their looks, they seem to be playing characters from affluent backgrounds.

Bro Daddy is a fun family drama and will be released soon on Disney+Hotstar. The makers are yet to unveil the release date of the film. The post-production of the film is almost done and will be ready for the audience soon.

Apart from Mohanlal and Prithviraj, the film also stars Kalyani Priyadarshan, Meena, Lalu Alex, Murali Gopy, Kaniha, and Soubin Shahir. The film is written by Sreejith N and Bibin Maliekal. Abhinandan Ramanujam is the cinematographer and Deepak Dev is composing the music.