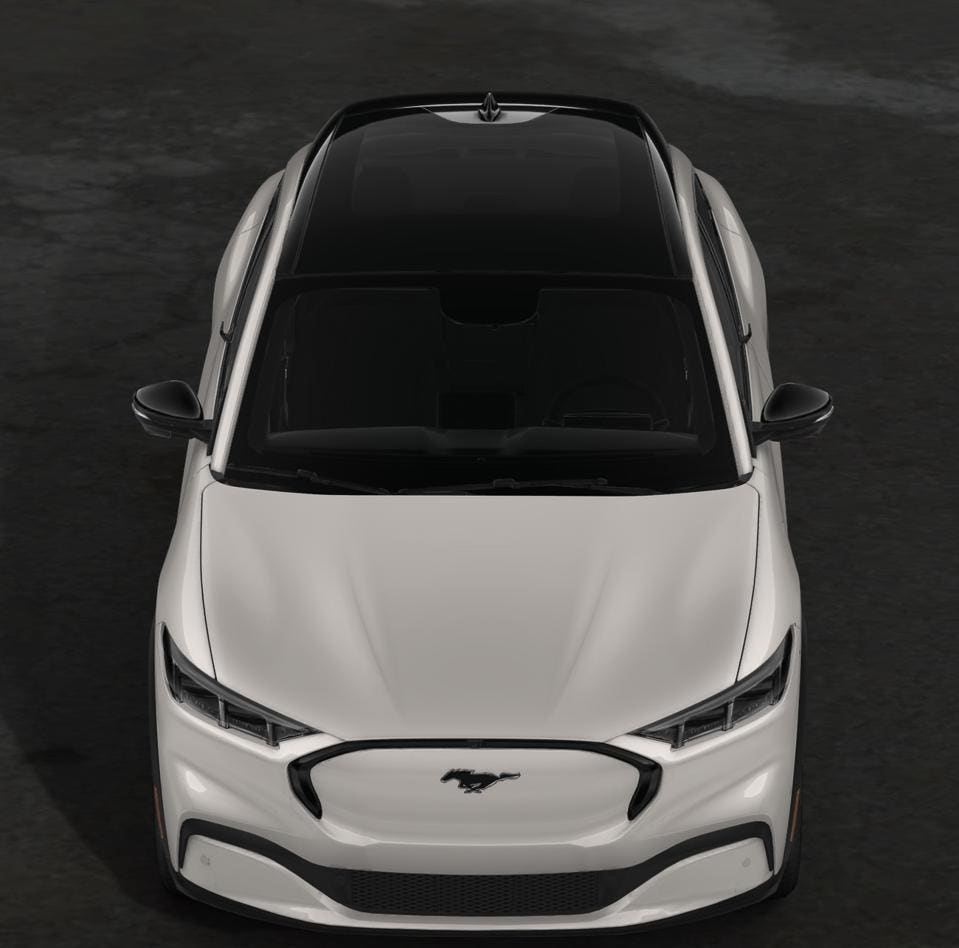 The Mach-E is emerging as an electric crossover alternative to the popular Model Y since it arrived at dealers earlier this year — but getting delivery is another matter.

Americans were snapping up electric cars at more than double the pace in the first half of this year, according to new data from Experian via Automotive News.

Not surprisingly, Tesla had a big chunk of those new registrations — about two-thirds. Combined Tesla Model 3 and Model Y deliveries totaled 199,409 in the second quarter up 148% from the same quarter last year, Tesla said in July, the company’s best numbers to date.

But the Mach-E made it to the top three with 5.6% of new registrations, slotting in behind the Chevy Bolt, according to Experian.

The Mach-E was Car and Driver’s 2021 EV of the Year. “If an automaker wanted to convert people from EV skeptics to EV evangelists, it’s hard to imagine a better vehicle for the job than the Ford Mustang Mach-E,” Car and Driver said.

The problem now is getting your hands on one.

A dealer I spoke to in suburban Los Angeles said they just got their last Mach-E Select model for the year and they won’t be getting any more Premium and Route 1 models until next year. Another large dealer, Galpin, had only a few Premium, Select, and California Route 1 models slated for the delivery in the coming weeks. This is due to the chip shortage plaguing the auto industry both dealers told me.

And Tesla has been facing long delivery delays for less expensive (non-Performance) versions of the Model Y, according to reports.

Here’s how pricing and features stack up:

**Note that range estimates as stated by manufacturers are not necessarily accurate and tests have shown some to be inaccurate. Tesla has been known to play with the numbers, while Ford tends to understate estimates. See this chart from Edmund’s that may offer more accurate range numbers.

***Ford’s BlueCruise is a hands-free highway driving feature. “The BlueCruise Prep Kit contains the hardware required for this feature. Software for the feature will be available for purchase at a later date. BlueCruise functionality expected third quarter of 2021. Separate payment for feature software required to activate full functionality at that time,” according to Ford.

Comments or suggestions can be sent to me via a direct twitter message at twitter.com/mbrookec.