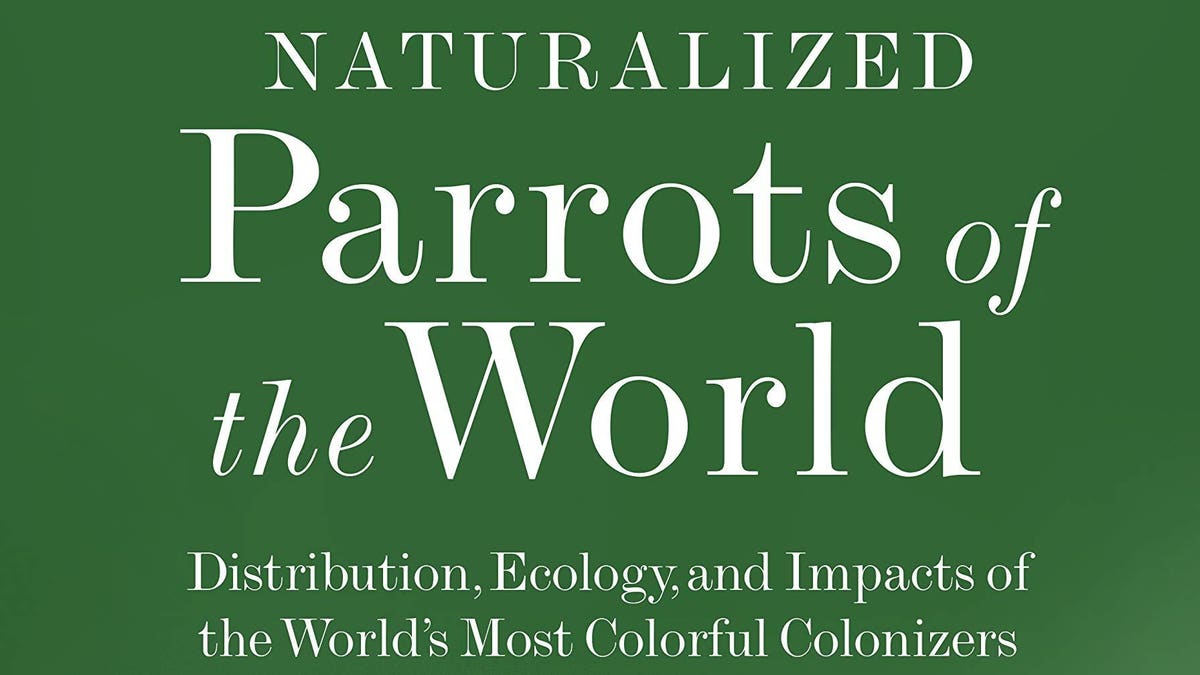 Parrots are one of the most endangered groups of birds in the world, yet paradoxically, the populations of many parrot species are growing. How can this be?

People have kept and bred parrots in captivity for thousands of years (for just one example, read this). Despite our close association over millennia, parrots are still wild animals. Our fondness for these charismatic and colorful birds stimulated and sustained the international parrot trade and this, in turn, has led to parrots establishing breeding populations in lands that are foreign to them.

It’s difficult to know how many parrot species have either accidentally or intentionally been introduced outside their native ranges. But we can make an educated guess using some of the numbers at our fingertips. We know, for example, that more than 19,000 observations of free flying parrots were registered by citizen scientists between 2002 and 2016 in the United States alone (ref). We also know that at least 56 parrot species have been spotted in 43 states. Further, we know that 290 of the roughly 404 recognized species of parrots were imported into the United States between 1981 and 2018 according to CITES data. This means that at least one out of every five species of parrots that were imported have managed to live long enough to be observed flying freely through metropolitan skies somewhere in the USA. Many of these free flying parrots have established populations that have been breeding successfully for generations, and thus, they are formally recognized as ‘naturalized’. Although they are living in alien landscapes, naturalized species differ from invasive species because invasives damage crops, carry diseases that can infect people or livestock, or damage buildings. Naturalized species pose none of these threats.

Of course, these numbers do not include any of the many sightings of free-flying parrots outside the USA, nor (obviously) do they include parrot sightings that go unreported, so one could reasonably argue there are more parrot species living amongst us than we are formally aware of.

Whilst naturalized parrot populations are growing in many countries and on all continents (except Antarctica, although considering how rapidly climate change is advancing, one wonders how long it’ll be before parrots finally colonize this continent too?) at least 16 parrot species are extinct in their native ranges, and another 118 species are currently threatened with extinction, making them one of the most endangered groups of birds on Earth (ref). Curiously, some parrots have established naturalized populations in urban areas that even outnumber their endangered wild relatives still living in their native ranges. How can this possibly be?

How parrots manage to be so adaptable is just one of many interesting questions explored by the authors of the new book, Naturalized Parrots Of The World: Distribution, Ecology, and Impacts of the World’s Most Colorful Colonizers (Princeton University Press, 2021: Amazon US / Amazon UK). This volume, written by a flock of ornithologists who are some of the rock stars of the parrot research world, and edited by evolutionary ecologist, Stephen Pruett-Jones, explores the complex and many overlapping issues represented by naturalized parrot populations. This essential book is the first ever published that gathers together the sum total of our current scientific knowledge about naturalized parrot populations, and is one of the few ever published about any naturalized populations of animals.

This beautifully formatted hardcover consists of two parts. Part I of this 304-page volume contains nine chapters, each written by scientists who are experts in that particular chapter’s topic. Included are chapters that comprehensively discuss the world parrot trade, the international geographic distributions of naturalized parrot populations, their genetics, ecological impacts, management strategies, and even a discussion about whether naturalized parrot populations should be eradicated.

This ‘eradication question’ comes up a lot, in fact, because naturalized parrots are generally large and colorful and loud and they are especially comfortable living amongst throngs of people, so they are constantly ‘in our faces’. So remarkable is their tolerance for living in close proximity to large groups of people that it even has its own a special word (I mention this solely for the logomaniacs, like me, out there): synanthropy, which is used to describe undomesticated species, like parrots, that live alongside humans and benefit from this close association. But tantalizingly, the scientists report that naturalized parrots are not the only ones who benefit from this close association. People do, too.

Although most parrots naturally show demonstrable levels of synanthropy, two naturalized parrot species are particularly adept at living in large cities around the world: rose-ringed parakeets, Psittacula krameri (pictured on the book cover) and monk parakeets, Myiopsitta monachus. For this reason, each of these two species are scrutinized more closely in its own chapter case study in Part II. The remaining eight case studies focus on urban areas where these and other naturalized parrot populations live, to provide a nuanced and thorough examination of the specific conflicts that may arise from these close associations.

Each chapter is succinct, informative and absorbing, with a clearly-written introduction and summary, and an alphabetical list of dozens to hundreds of cited references from the primary scientific literature at its conclusion. Each chapter in this graphics-rich treatise also includes lots of graphs and diagrams in color, as well as photographs.

As an ornithologist and parrot researcher myself, I was particularly intrigued by several discussions inspired by questions that conservation scientists and parrot researchers are asking now, such as whether naturalized parrot populations may be viewed as reservoirs of valuable genetic diversity that may help their wild brethren who are dwindling in their native areas (read more about how naturalized parrots may save wild populations here and here), and the potential role of epigenetics for increasing adaptation to new habitats (read more about epigenetics and adaptive evolution here and here). As a demonstration of how quickly cutting-edge technologies are being adapted to address specific problems, there is even research into the use of CRISPR as a novel conservation strategy that may be used to drive the sex ratios of invasive species so they end up producing one sex to the exclusion of the other.

Also interesting is figuring out what happened to some naturalized parrot populations that have disappeared from several geographic regions. Most notable are the flocks of naturalized budgerigars, Melopsittacus undulatus, an Australian native that once flew through the skies of Florida in their tens of thousands, until their populations mysteriously crashed, with many populations going extinct. Are there lessons to be learnt from this event that can help conservation biologists save endangered species?

This thoughtful and scholarly book — the first like it ever published — gathers together and reviews the latest scientific knowledge about the distribution, genetics, ecology and behaviors of naturalized parrots, making it a must-read for everyone with an interest in parrots and conservation, whether they are ornithologists, parrot researchers or conservation biologists, urban planners or engineers, veterinarians, zoo keepers or aviculturists — even a pet owner will find a lot to interest them in this important and sweeping book. Naturalized Parrots Of The World makes a wonderful companion volume to Thinking Like A Parrot (my review) for anyone who wishes to develop a more nuanced and extensive understanding of parrots and how they adapt to and interact with people.