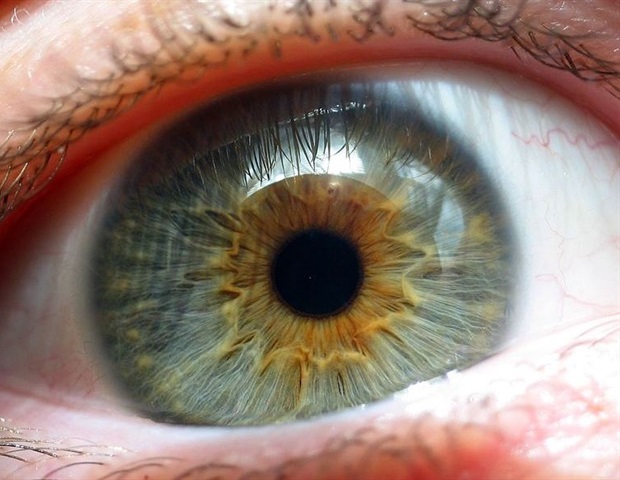 In a preliminary study of 106 people with “wet” age-related macular degeneration, Johns Hopkins Medicine researchers report that as many as a third of those with the blinding retinal disease may someday be able to safely stop eye injection therapy without further vision loss. The findings, say the researchers, fall short of setting a timeline for ending treatment or predicting precisely which patients can stop injections, but they say the results add to growing evidence that many people with the disease may not need the lifelong monthly medication currently recommended.

The findings, the investigators say, also point to specific proteins produced at different levels in the eyes of those who stopped therapy, which may lead to the development of a test to accurately identify who may be weaned off medication.

Such a test could let us tell patients early on how well they would do and when they might be able to stop.”

The study published in print Jan. 18 in the Journal of Clinical Investigation.

Age-related macular degeneration (AMD) is the most common cause of vision loss among people age 50 and older. The majority of those who lose vision from the condition have the “wet” form, characterized by the abnormal growth of blood vessels that leak damaging fluids into the light-sensitive tissues of the eye.

Treatment of wet AMD requires monthly or bimonthly injections of drugs called anti-VEGF — or anti-vascular endothelial growth factor — into the eye. Anti-VEGF agents can slow or stop the growth of the leaky blood vessels and, in most cases, effectively stave off further vision loss. However, the need to return to a physician’s office or clinic each month for injections is a common barrier to care among patients, leading to missed treatments and potentially worsening vision.

For the study, Sodhi and his team analyzed the treatment outcomes of 106 people with wet age-related macular degeneration whom he treated at the Johns Hopkins Wilmer Eye Institute between 2013 and 2020 at the East Baltimore location and at a satellite clinic, both in Maryland.

Each patient had undergone a customized anti-VEGF injection schedule in which Sodhi monitored response to therapy and determined whether patients needed another injection at each visit or if they could enter a treatment pause in which the injection was held unless there was evidence of new disease activity at the next visit. Eyes without treatment that showed no signs of fluid accumulation or advancing vision loss after at least 30 weeks of monitoring were considered safely weaned off anti-VEGF therapy.

At the end of a year, up to a third of the patients had stopped anti-VEGF treatments in at least one eye. That amounted to 38 of 122 (31%) of treated eyes. A smaller percentage of eyes still required monthly injections, amounting to treatments for 21 of 122 (17%) patients’ eyes. The other half of patients required treatment every 6-12 weeks; a handful of these patients were also ultimately weaned from treatment at the end of year two.

Patients who stopped anti-VEGF treatments in at least one eye showed the best outcome, with less fluid and improved vision compared with those who required continued injections to maintain their vision.

“Across the board, the patients who could enter a treatment pause did the best even though they were receiving no anti-VEGF drugs. They had better visual acuity, better gain of vision and less fluid in their retina,” says Sodhi.

The researchers next sought biomarkers that could show what distinguished these patients from those who required monthly injections to maintain their vision.

Before beginning treatment with anti-VEGF therapy using their treatment plan, Sodhi’s team collected small amounts of fluid from the eyes of some of the patients, and continued collecting samples at subsequent clinic visits from many of the patients.

In the fluids, the researchers found differences in the amounts of 172 proteins between patients who were able to stop treatments compared with those who required monthly treatment.

In a proof-of concept experiment, the researchers chose one of the 172 proteins to investigate further — apolipoprotein B100 — that other studies had demonstrated is an important part of drusen, the material that accumulates under the retina in all patients with AMD and was thought to promote early changes in dry AMD. The researchers found that apolipoprotein B100 was present at much higher levels in the eyes of patients who had been weaned off anti-VEGF treatment. They further observed that the levels of this protein were higher in patients who did not develop wet AMD compared with patients who did. The researchers hypothesized this protein may help protect patients from developing wet AMD.

The researchers then conducted tests in mice by inciting in the mouse retina abnormal blood vessel growth similar to that seen in humans with macular degeneration. Mice genetically engineered with elevated apolipoprotein B100 levels had less abnormal blood vessel growth in the retina than mice with lower levels of this protein, suggesting the protein indeed has a protective effect against the retinal disorder.

Sodhi says there are potentially other proteins among the 172 that could be used as biomarkers to predict the response to anti-VEGF therapies. He notes that some of these proteins could be used for developing new macular degeneration treatments.

Randomized clinical trials in a large group of patients with wet macular degeneration must happen before broader recommendations on pausing anti-VEGF therapies can be developed, Sodhi adds.

This work was supported by the National Eye Institute (R01EY029750, R01EY025705, R01 EY27961), Research to Prevent Blindness, Inc., the Alcon Young Investigator Award from the Alcon Research Institute, the Robert Bond Welch Professorship, and the Branna and Irving Sisenwein Professorship in Ophthalmology.