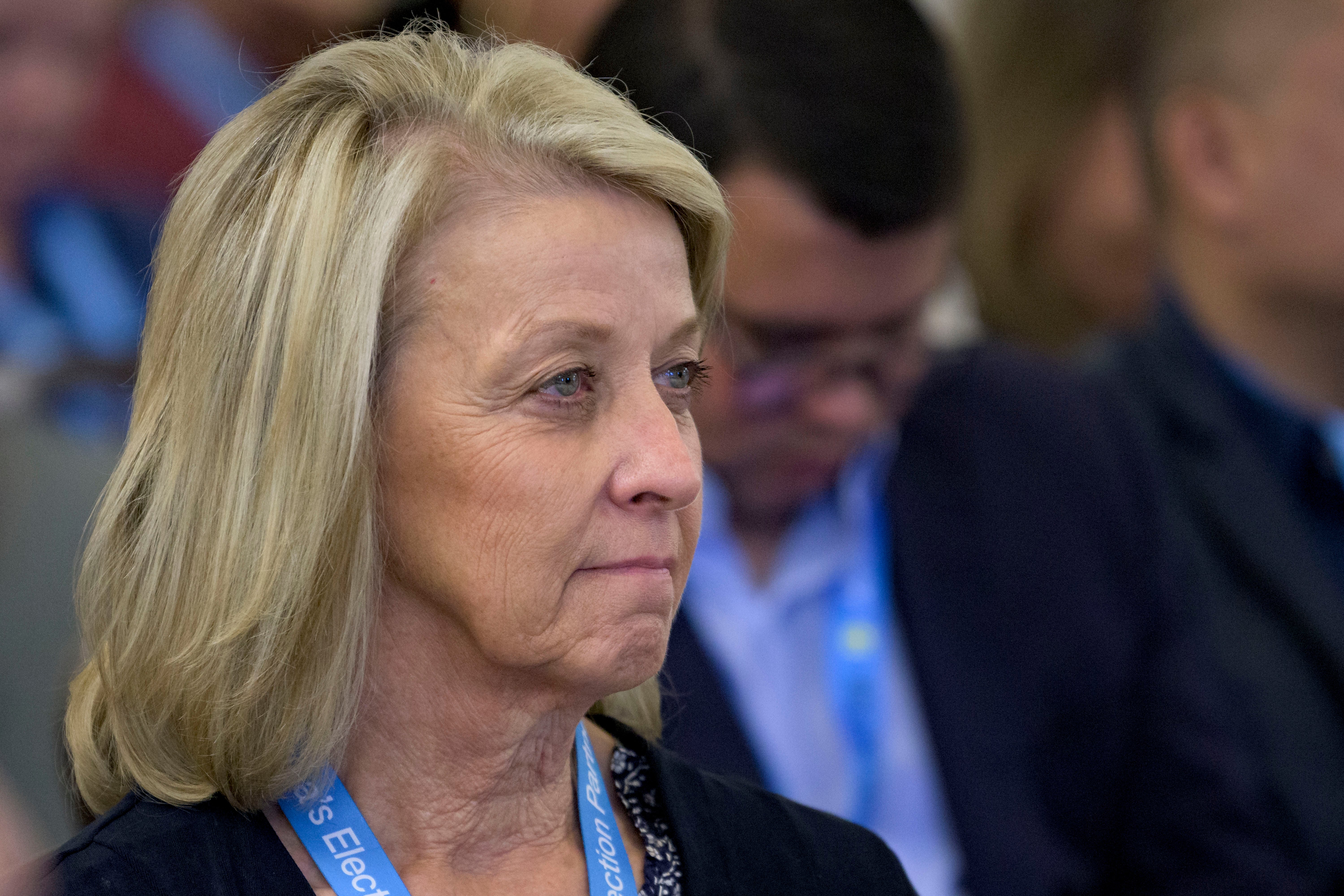 Nevada’s secretary of state refused to lift a ban on hand-counting mail-in ballots ahead of the Nov. 8 election despite pressure from conservatives over “concerns relating to the integrity of the election.”

Her order came after the Nevada Supreme Court issued an opinion that sided with the American Civil Liberties Union, which objected to officials reading individual votes out loud.

Cegavske had invited county election officials to improve or better explain the procedures involved in their counter-proposal for a silent hand-count in a letter Friday.

But the state Supreme Court ruling made it more difficult for Nye County officials to revise, submit and get approval for plans and then carry them out for the hand-count.

The ACLU and lawyers for Nye County are also engrossed in another ballot-counting related controversy after an ACLU observer was removed from the hand-count that lasted just two days before Cegavske suspended it Thursday.

In this image from video, Nye County Clerk Mark Kampf, far left, in suit, swears in a group of residents who will hand-count early ballots cast in the rural county about halfway between Las Vegas and Reno, Oct. 26, 2022, in Pahrump, Nev.
(AP Photo/Gabe Stern, File)

Questions remain over why the observer was removed by an election official who was openly carrying a gun.

Nye County lawyers have claimed that the chairman of the county’s GOP Central Committee, who was legally armed, acted as a hand-count volunteer trained by county Interim Clerk Mark Kampf when she confronted the ACLU observer.

The GOP chair reportedly believed the ACLU observer was tallying the vote count, which is a violation of the recount rules.

EARLY VOTING NUMBERS FROM THIS BLUE STATE SUGGEST IT COULD FLIP RED: REPORT

The ACLU has disputed the accusations, and the issue is not expected to be resolved until after the Nov. 8 election, making it unlikely that a hand-count could resume before polls close next week.

Cegavske flagged a number of issues she was concerned with regarding the silent-count proposal.

“There are no provisions in your plan describing the required use of medical-style gloves to further mitigate the risk of cheating or accidental marking nor a prescribed and standardized device for tallying to ensure any new mark could be quickly identified,” she said.

Cegavske also expressed concern over the attention it would require each silent counter.

Nye County enacted a hand-count process following concerns over election integrity that stem from conspiracy theories relating to the accuracy of ballot-counting machines from the 2020 election.

County lawyers penned a letter calling on Cegavske to launch an investigation into the hand-count after the ACLU accused county election officials of a “coordinated partisan election administration effort.”

The ACLU doubled down on its stated concerns following the letter.