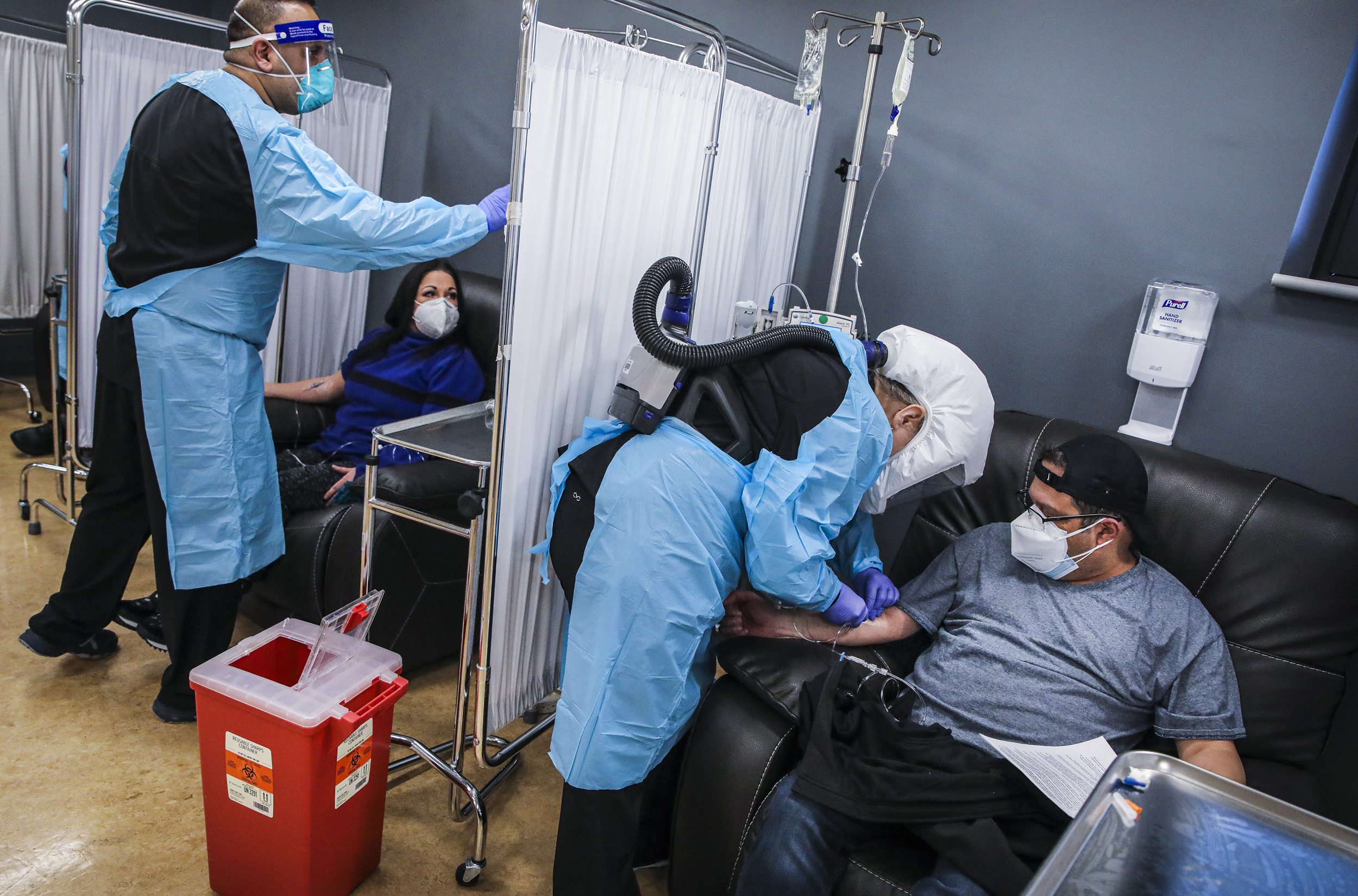 No more monoclonal antibody treatments for Covid are available in the U.S.: The Food and Drug Administration on Wednesday rescinded its authorization of bebtelovimab, a drug previously given to patients who faced a high risk of severe disease.

Over the last two years, the FDA authorized six monoclonal antibody treatments for Covid, but omicron’s many subvariants rendered the drugs less effective so the FDA gradually revoked each of those authorizations. Bebtelovimab, made by Eli Lilly, was the last one standing.

According to the FDA’s announcement, the drug was “not expected to neutralize Omicron subvariants BQ.1 and BQ.1.1.,” which together now account for the majority of new infections recorded in the U.S. — around 62%, data from the Centers for Disease Control and Prevention show.

“The big problem is that monoclonal antibodies bind to a very small piece of the virus. As the virus changes, we are now in a position in which we lost them all because they don’t bind to the virus anymore,” said Dr. Arturo Casadevall, a professor of medicine at the Johns Hopkins School of Medicine.

Paxlovid has become the go-to treatment for most people at high risk of severe Covid, given that it continues to be effective in the face of new variants and is easy to administer (it’s a series of three pills taken twice daily for five days). Bebtelovimab, by contrast, was an IV infusion that took about an hour.

But doctors often recommended the monoclonal antibody for people taking certain immunosuppressive medications, such as cancer patients or transplant recipients, since Paxlovid can interact negatively with several of those drugs.

“There are still segments of the population that have probably very little protection,” he said. “You worry about that last push of this virus this winter and going to the spring, if we see higher mortality or hospital beds being filled.”

In the spring, when the BA.2 omicron subvariant was dominant, research from Raymund Razonable, an infectious disease specialist at the Mayo Clinic in Minnesota, showed that bebtelovimab was as effective as Paxlovid at preventing severe disease among high-risk Covid patients. But Razonable said his hospital switched to Paxlovid as the primary treatment over the summer as new subvariants began to spread.

About two months ago, he said, doctors began asking patients who got bebtelovimab to report back if their symptoms hadn’t improved in one or two days. By the time the FDA revoked the treatment’s authorization, the Mayo Clinic had already stopped administering it, Razonable said, since doctors assumed it was no longer effective against BQ.1 and BQ.1.1.

Razonable said Mayo Clinic patients who are at high risk of severe Covid but can’t take Paxlovid are now offered the antiviral drug remdesivir at the infusion center where the hospital previously gave monoclonal antibodies. But remdesivir infusions are given over three days, so patients need multiple appointments.

Another option for immunocompromised people is convalescent plasma, which is derived from the donated blood of people who have already recovered from Covid. Casadevall said convalescent plasma is an effective alternative to monoclonal antibodies, but it’s more complicated to administer and oversee.

“It has thousands of different antibodies, so convalescent plasma has a lot of breadth that is not found in the monoclonals,” he said.

Pharma companies haven’t given up on the promise of new monoclonal antibody drugs, however.

“We remain strong in our belief that [monoclonal antibodies] have a critical role in the current fight against Covid-19, particularly in high-risk individuals,” said a spokesperson for Vir Biotechnology, the company behind a monoclonal antibody called sotrovimab that was formerly authorized by the FDA.

A spokesperson for Eli Lilly said the company is searching for and evaluating monoclonal antibody candidates. AstraZeneca, meanwhile, is developing a new antibody cocktail that it hopes to make available by the end of next year, a company spokesperson said.

The FDA authorized AstraZeneca’s monoclonal antibody drug Evusheld in December 2021 not as a treatment for Covid, but as a way to prevent infection in immunocompromised people who may not develop a strong antibody response to vaccines. But in October, the FDA announced that Evusheld may not be effective against circulating variants, and Razonable said his hospital is preparing for its authorization to be revoked soon.

“Looking at the distribution of variants currently, Evusheld is effective maybe about 30% of the time,” he said.

Casadevall said new monoclonal antibody drugs are still worth pursuing, since they have proven safe and effective against Covid.

“I would not give up on something like this,” he said. “I think it is possible to find antibodies that will be active with the other variants.”