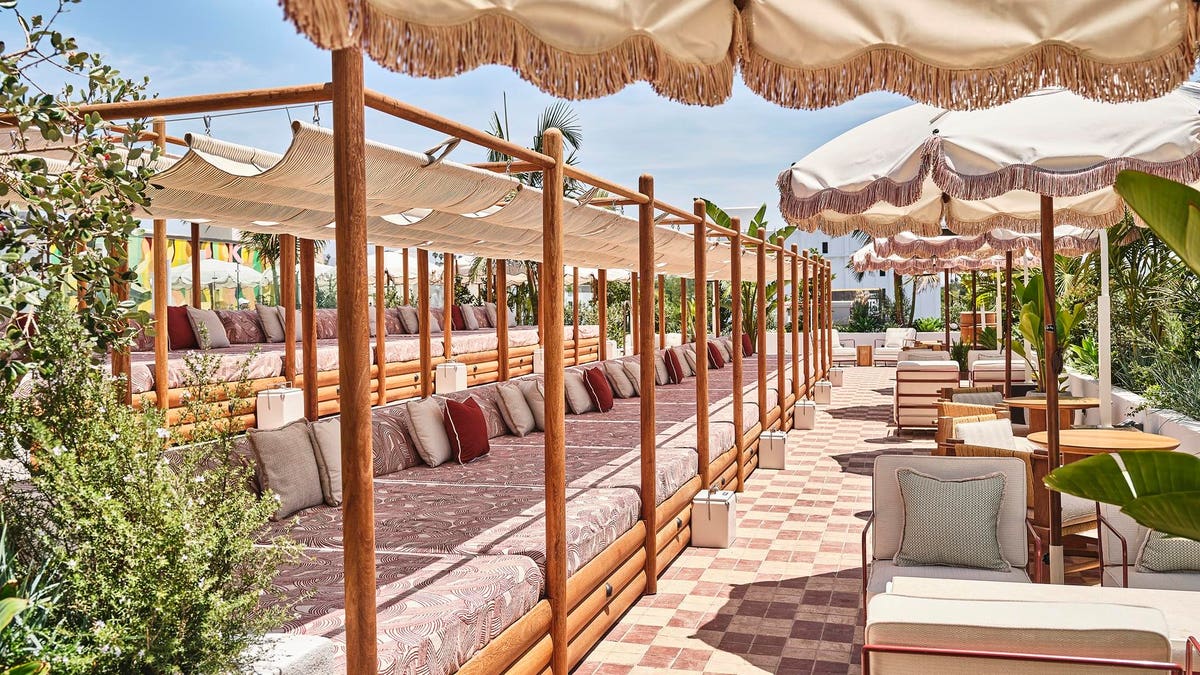 Few cities are cooler, edgier or more creative than Los Angeles, and nowhere embodies this spirit more than West Hollywood. It is no coincidence, then, that Soho House, the private members’ club favored by media and entertainment types, has opened a second house here. Better still, it’s a stunner.

A short drive from Soho House’s original Los Angeles location, Soho House West Hollywood, new Holloway House occupies four floors and a rooftop on Holloway Drive off Santa Monica Boulevard. Like all Soho House properties, it offers a space for creatives to eat, drink, meet, and relax, combined with that special homey feel for which the brand has become famous.

“Each house is designed to be a home away from home, so every element—from design, furniture, and artwork to food & beverage and event programming—reflects the characteristics of the local community, culture, and creative scene,” explains Candace Hickman, Lead Designer at Soho House Design. “In the case of Holloway House, we pulled inspiration from West Hollywood and LA’s arts and cultural history, as well as the Southern California landscape. You see those elements reflected in all the textures, prints, tapestries, and marbles used throughout the house.”

What sets Holloway House apart from its West Hollywood predecessor is that it also has bedrooms—34 in total—ranging in size from cozy to small, medium, big, and big accessible. Set across the middle three floors, the design of the rooms reflects the local landscape, history, and culture.

Each bedroom features 1960s-inspired furniture, aged wooden floors, and woven tapestries made with fabric custom designed in Southern California. Beds are upholstered with lush velvet or boucle, and accompanied by burl wood side tables and ceramic bedside lamps. Larger rooms also include sofas and stone coffee tables. Bathroom features include mosaic stone floors, hand-blown vanity lights, natural brass fixtures and, in some of the larger rooms, a dreamy empire bathtub.

Hidden away from the busy streets outside, the club level of the house features a restaurant, with lounge seating spilling out into the courtyard bar. Meanwhile, the sun-soaked rooftop overlooks the Hollywood Hills on one side and Downtown Los Angeles on the other and also has a Mandolin Mezze Greek-inspired restaurant.

West Hollywood: a mecca for design

West Hollywood is a veritable design mecca, home to a myriad of artists and creatives, more interior design stores than you can throw a measuring stick at, not to mention the Pacific Design Center, a complex packed with shops, studios and one-of-a-kind concept stores. The city is a match made in heaven for Soho House, known for its avant-garde interiors, bold color schemes and on-point material choices. Holloway House is no exception.

The club space features 1960s-inspired mint terrazzo floors, dark wood paneling and bespoke furniture. An extension of the club space, the light-filled atrium with the bar at its heart is an outdoor space for eating and drinking. The mint terrazzo flooring and table top seating run seamlessly through the indoor and outdoor spaces, warmed up with golden textured fabrics to complement the shades of green around the bar. The library, with floor-to-ceiling bookshelves and comfy seating, is designed also to host live entertainment, members’ events, and performances.

The Soho House art collection is one of the largest private collections of its kind, with over 6,000 artworks on display in Soho Houses around the world.

The collection at Holloway House brings together a collection of artists, all 40 and under, and born, based or trained in LA. Tapping into the diversity of the Los Angeles art scene, the collection comprises artists of all backgrounds producing works across a range of media. The 34 bedrooms each feature a bespoke artwork by Dan Siman-Tov, Dominique Labaki or Elizabeth Ibarra.

Some of the custom-made pieces at Holloway House include: A tapestry by Diedrick Brackens, participant in the Made in LA biennial (2018) at LA’s Hammer Museum; a new painting by Sayre Gomez, fresh off his successful exhibition at François Ghebaly, and a further exploration of his Halloween Town series; new pieces by the Finley brothers, Kohshin and Delfin, exhibited side by side; and a mural of abstracted intertwining bodies echoing the colors of the surrounding décor and Californian landscape by painter Jessalyn Brooks commissioned for the Holloway House rooftop.

Soho House is not the only purveyor of cutting-edge new design in WeHo. Open last year, the ultra-glamorous Pendry West Hollywood hotel is set just off the Sunset Strip. Designed by the internationally acclaimed Martin Brudnizki Design Studio, the hotel is a sight for sore eyes, while its rooftop restaurant by Wolfgang Puck has deservedly become one of the hottest dining spots in town. The menu at Merois is a magically addictive blend of Southeast Asian, Japanese, and Californian influences, resulting in show-stoppers like the light, but flavor-packed, crispy rice crab salad, or the moreish pineapple-glazed whole fried fish with soy and ginger. Enjoy it all while gawking at the show-stopping panoramic views of the LA skyline.