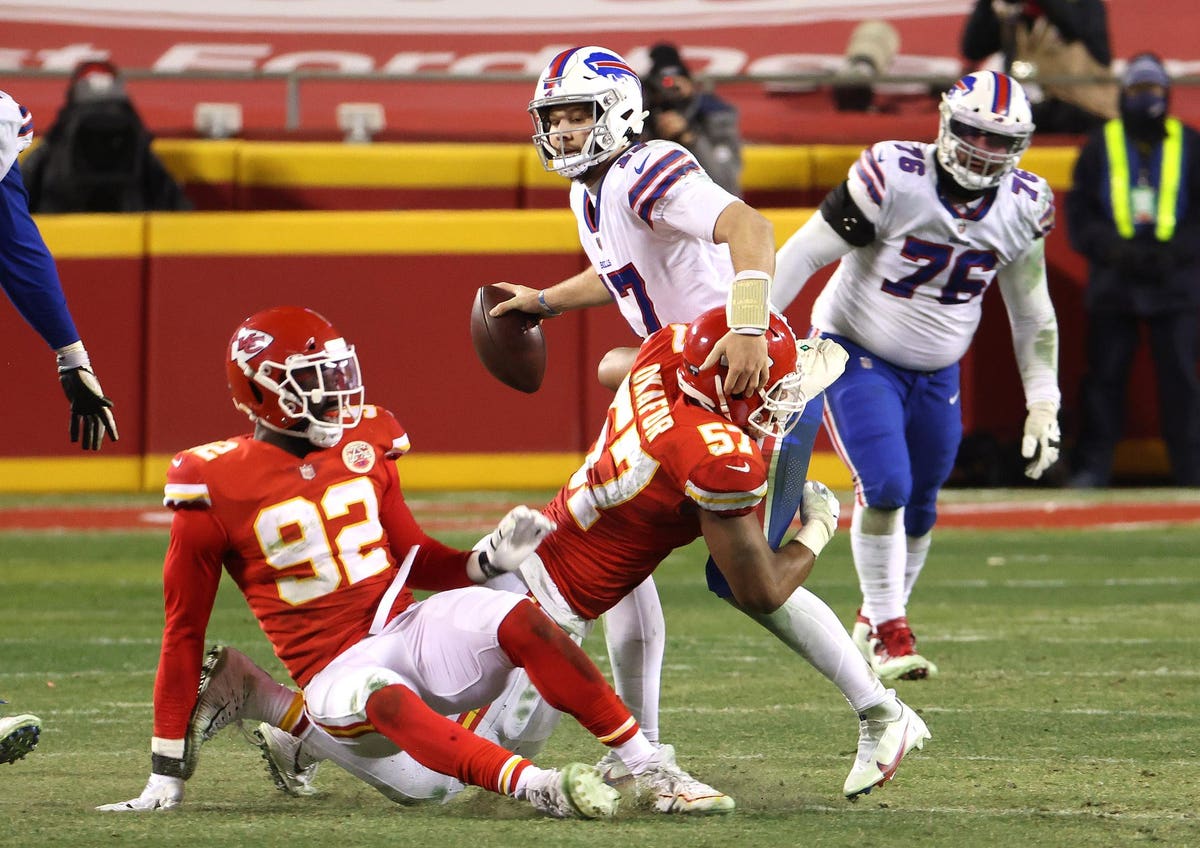 The betting lines are moving as kickoff approaches for NFL Week 6 on Sunday, Oct. 16. That includes in the biggest game of the season thus far in Kansas City, where the Bills battle the Chiefs in a redemption rematch from last year’s all-time thriller AFC Playoff game.

The Bills-Chiefs late afternoon kickoff in Kansas City with 2022 MVP odds leaders Josh Allen (+175) and Patrick Mahomes (+400) is preceded by the Ravens-Giants game in New Jersey. MetLife Stadium is where there will be additional electricity on the football field as another leading MVP candidate Lamar Jackson confronts the NFC’s leading rusher Saquon Barkley.

The Bengals, Vikings and Buccaneers are among the most popular spread bets as reported Saturday at some of the leading online U.S. sportsbooks.

Some notable line moves from opening lines in Las Vegas and since injury reports were updated again Friday and now Saturday. Two Colts running backs are out including last year’s leading rusher Jonathan Taylor (ankle), who misses his second straight game. The Colts have scored a league-low 69 points through five games (13.8 PPG).

Contrast that to the Bills (30.4 PPG) and Chiefs (31.8) offensive juggernauts and the two highest-scoring teams, and you can see where fans and bettors will tune in to watch and win on Sunday.

Types of bets and how to read the odds

Both the Bills and Chiefs are 4-1 and leading their divisions. The winner moves to the top of the AFC standings with the inside track to the top seed in the AFC.

The FanDuel Sportsbook lookahead line on the Bills-Chiefs game was KC -1 prior to last week’s games being played. Now with the Bills blowout of the Steelers and more starters returning to the lineup for Buffalo, the game favorite has flipped to the Bills. The Chiefs close win over the Raiders 30-29 and playing on a short week off MNF is also factored into public perception and the betting line.

The Bills and Chiefs top the NFL power rankings at Pro Football Focus ahead of their Week 6 showdown.

Sports book data shows Buffalo with a slight edge in spread bets and money. But more money has been bet on Over 54 combined points than any other over/under in Week 6 games.

Here is some added insight, stats and notes on the game provided by Bob Stoll of Dr. Bob Sports.

Dr. Bob Sports’ model favors the Bills by only 0.1 points with a predicted total of 52.7 points.

Follow more NFL betting news, predictions, picks and odds each week as the popularity of sports betting continues to flourish across the legal U.S. landscape.