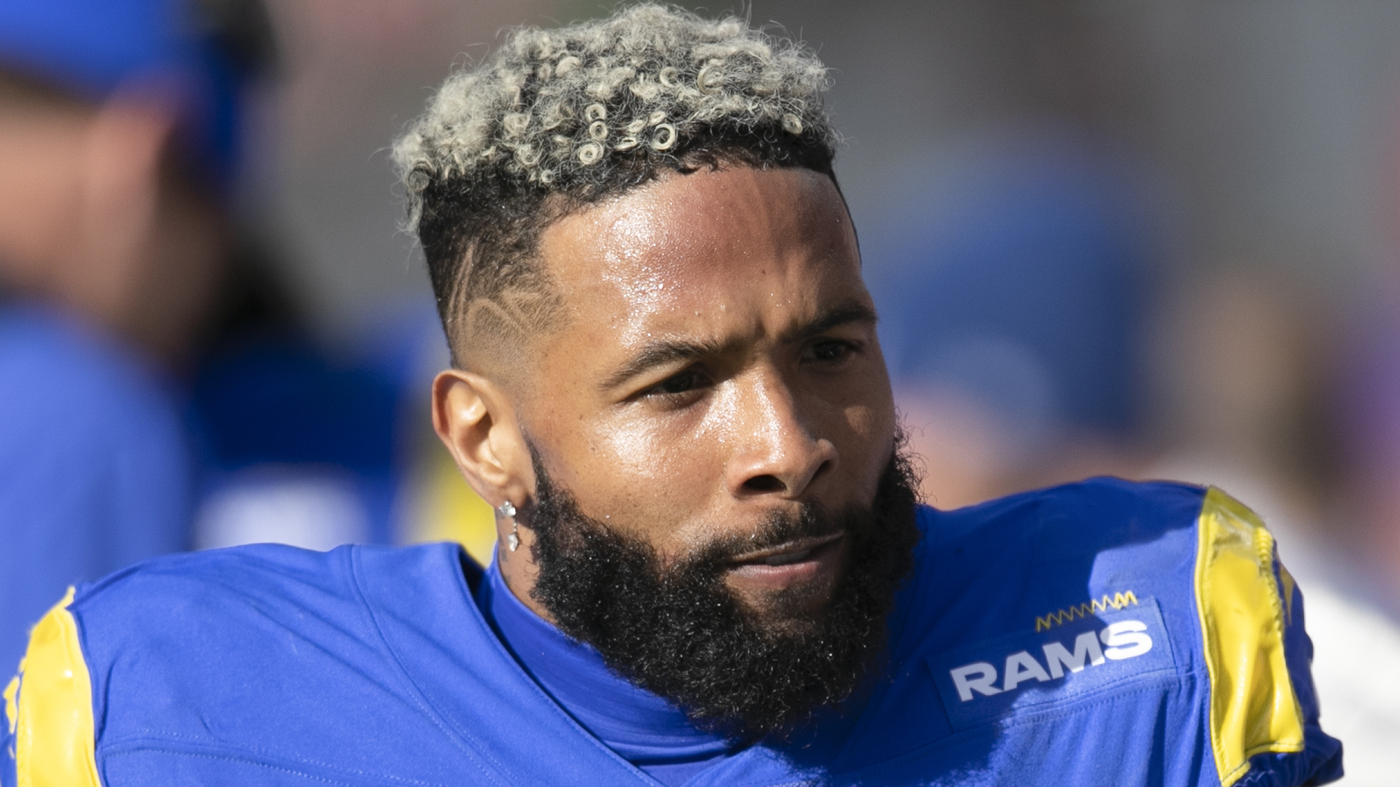 Wide receiver Odell Beckham Jr. is shown walking on the sideline during a NFL divisional playoff football game against the Tampa Bay Buccaneers on Jan. 23, 2022, in Tampa, Fla.

Wide receiver Odell Beckham Jr. is shown walking on the sideline during a NFL divisional playoff football game against the Tampa Bay Buccaneers on Jan. 23, 2022, in Tampa, Fla.

MIAMI — NFL free agent Odell Beckham Jr. was removed by police from an aircraft before takeoff at Miami International Airport after officials said he failed to respond to requests to buckle his seatbelt and appeared to be unconscious, police and airline officials said Sunday.

“Fearing that Mr. Beckham was seriously ill, and that his condition would worsen through the expected 5 hour flight, (flight crew members) called for police and fire rescue,” Miami Dade Police Officer Luis Sierra said in a statement following the 9:30 a.m. Sunday incident.

“As they tried to wake (Beckham) to fasten his seat belt, he appeared to be coming in and out of consciousness,” the statement said.

American Airlines representative Alfredo Garduno confirmed that flight 1228 to Los Angeles returned to the gate before takeoff “due to a customer failing to follow crew members’ instructions and refusing to fasten their seat belt.”

Carlos Gauna, a passenger in business class, said he recognized Beckham before boarding the flight and later used his cellphone camera to record him walking through the airport terminal with police. He said Beckham had been seated in first class.

“He just walked quietly. Police escorted him out,” Gauna said, adding that the flight was full and he heard “grumblings” among other passengers.

Gauna, a filmmaker, was returning home to Camarillo, California, near Los Angeles, after more than two weeks documenting sharks in the Atlantic Ocean off the coast of Brazil.

He said the aircraft was taxiing toward takeoff when the captain announced “a situation with a passenger” required a return to the terminal. Gauna said an ambulance arrived and paramedics boarded the aircraft and spoke with Beckham before police removed him.

The other passengers re-boarded and the flight departed later for Los Angeles, where Gauna spoke with The Associated Press

A Twitter post attributed to Beckham appeared to refer to the incident, saying, “Never in my life have I experienced what just happened to me,” and adding with a misspelling that he had “seen it alll.”

Police said Beckham “was escorted to the non-secure area of the terminal by the officers where he made other arrangements.”

Sierra did not immediately respond to questions about whether Beckham had been arrested or was cited for a criminal offense.

Beckham, 30, is a three-time Pro Bowl wide receiver who has been a free agent since helping the Los Angeles Rams win the Super Bowl last February. He caught a touchdown pass before tearing a knee ligament in that 23-20 victory over the Cincinnati Bengals.

Beckham has been reported to be near a return to the league and the Dallas Cowboys have said they want to sign him.

Several other teams are expected to pursue Beckham, who had been at the center of controversy in previous stops with the New York Giants and Cleveland Browns.