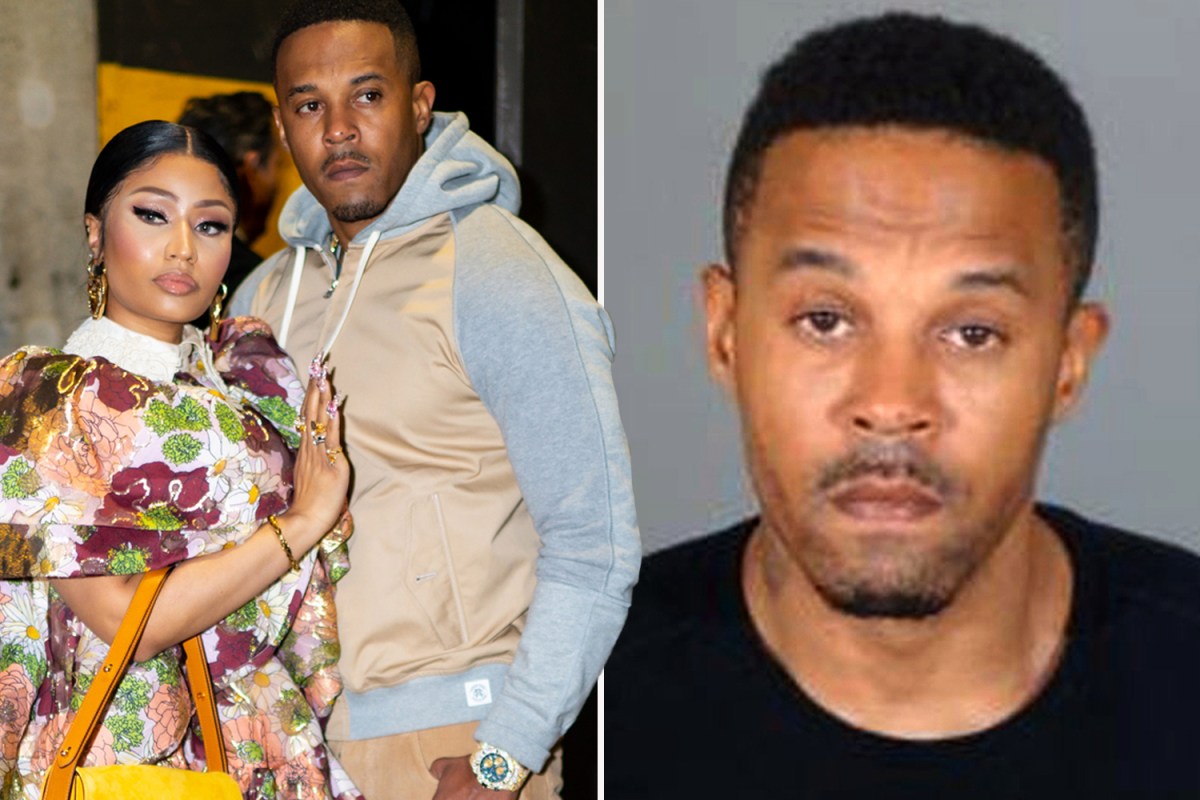 NICKI MINAJ’S husband Kenneth Petty is suing to nix his name off New York’s Sex Offender Registry and reportedly arguing that some imposter signed the documents while he was imprisoned.

Petty filed papers against the state’s Criminal Justice Services division to clear his name from the registry because he claims he wasn’t able to plea his case back in October 2004 while he was serving out a prison sentence.

The 43-year-old is hoping that he can delete his name off the humiliating and costly registry because he wasn’t afforded a chance to fight the category 2 sex offender risk level, according to TMZ.

Petty argues the “Kenny Petty” signature on documents agreeing to appear for a registry hearing is a forgery, the outlet reported citing the court papers.

The rapper’s hubby suggested he was actually behind bars so he couldn’t have been the person who purportedly signed them.

Petty is protesting how he was stripped of his due process to contest the registry risk level that he was being saddled with over nearly two decades decade ago.

FAILED TO REGISTER IN CALI

Petty was arrested on March 4, 2020, by US Marshals after he failed to register as a sex offender when he relocated to his new home of California a year before.

He was temporarily in federal custody after surrendering to the Marshals during a court appearance and later released on a $20,000 bond.

The result of being listed on the registry has been hurting his reputation and financially damaging to Petty, according to TMZ.

In 1994, after being convicted, the Queens-born Petty was sent to state prison to serve an 18 to 54-month sentence for attempted rape and then logged another seven years behind bars after being found guilty of manslaughter in 2006.

The music industry professional was arrested and later convicted for committing “sexual intercourse” with a 16-year-old on Sept. 6, 1994.

The Sexual Registry suggests he used a “knife/cutting instrument” during the attempted rape.

He returned to prison after he was convicted of manslaughter in 2006.

Petty pleaded guilty to first-degree manslaughter following the deadly 2002 shooting of a man named Lamont Robinson, according to the criminal complaint from the Queens County District Attorney.

He was released in May 2013 on supervised release for five years until May 2018.

The lawsuit comes amid legal troubles for the married musical couple.

Both Petty and Minaj were recently sued by Jennifer Hough, accusing the couple harassed and intimidated her while trying to convince her to recant her account.

“As a direct result of the actions of Defendant Minaj and Defendant Petty, [Hough] has been traumatized her entire life,” according to the lawsuit that was filed on Aug. 13 in Brooklyn federal court.

Hough claims she’s been forced to live a life in fear of reprisal from the star rapper.

The suit reads: “Plaintiff has moved to multiple states to avoid intimidation and harassment by Defendant Minaj, Defendant, and their allies, legal teams, and fans.”