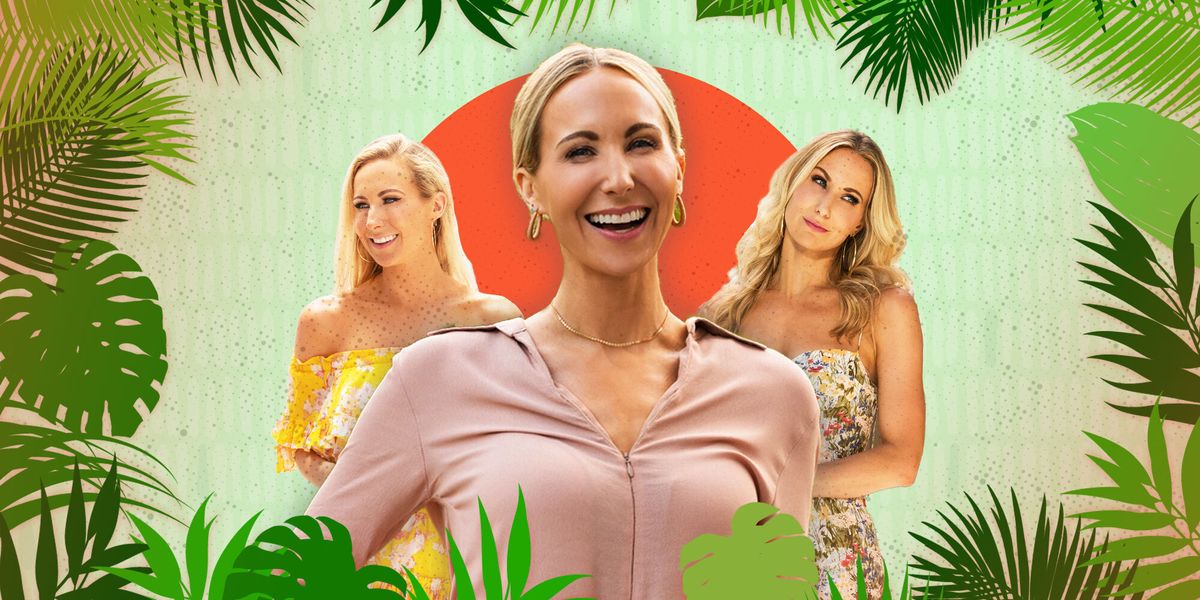 For comedian Nikki Glaser, ending a show is hard. Back when she was on Dancing with the Stars in 2018, she became so invested that she says she didn’t know how to go on without dancing. Although she was voted off first, she really put her heart into it. From her Dancing experience, Glaser learned what it takes to be in a reality competition. She understands how reality shows are basically a “human science experiment” separate from actual day-to-day life. This is why she’s the perfect person to host a show as bonkers as FBOY Island.

It also helps that she’s a serious reality TV fan. Naturally, Glaser loves The Bachelor and Love Is Blind (FBOY Island executive producers Elan Gale and Sam Dean worked on each show, respectively). She also liked Dating Around on Netflix, although she admits it was “one of the most boring dating shows ever.” If she had to pick a favorite, it’d be Love On the Spectrum. Suffice to say, she’s a reality dating show expert.

Glaser hosted and executive produced the first season of the show, filmed in the Cayman Islands, which finds three eligible, single women, who are introduced to 27 men, all either “F-Boys” or “Nice Guys.” The goal is to find love, yes, but there’s also a teased $100,000 on the table that both the men and women have a chance to win. The rules surrouding that money, however, are unclear. Until the very end of the show, no one has any idea who gets the money—or how it gets split up.

The series premiered on HBO Max on July 29, and quickly hooked fans with its classic reality TV romance mixed with genuinely funny comedic interludes. Glaser plays host to both the men and women, checking in on the ladies and how they feel each night before eliminations, and keeping the eliminated men occupied.

What was your favorite part of hosting?

My favorite part about hosting was being free to be myself. Past the first episode, I never had any sense of nerves. My favorite part of hosting a reality show was not having to be prepared in any way, other than getting my hair and makeup done. It never felt like work, except for the first day when I was starting the show, my first time hosting a reality show, and trying to find my voice. But after I said “Welcome to FBOY Island” and got started, the nerves went away. And then it was just a job that I never wanted to end.

Who was the biggest clown out of the men?

I wish I could say there was more clowning. If we do a second season, I want to create an atmosphere where there is more clowning, because everyone took it so seriously.

But this is a really fun thing I would do: when the boys would walk in, I would be standing there alone. The boys would walk in all solemnly, because it’s elimination. Scared to death. And they’re all dressed ridiculously, you know, wearing turtlenecks in 90 degree heat. Or all their shirts were unbuttoned down to their navel for some reason, because guys hate a button. Or their muscles are so big they can’t reach the button. I don’t know what’s going on there.

Was there anyone you didn’t want to be eliminated when they did?

I was devastated when Peter Park went first. CJ Franco has actually done stand-up before— there’s a video on YouTube. So I watched her stand-up and I was like, “Oh this girl is funny, she has really good jokes.” I was a little disappointed when she kicked off Peter for a joke I thought was hilarious, where he’s asking her what she likes to do for fun and she says “Oh, napping.” And then he goes, “Oh, well maybe we could sleep together sometime.”

Anthony was super funny, and Israel was just a joy. He was someone that I thought was miscast as an F-Boy. Because although he has a lot of sex and is involved in the kink community, he’s honest about it all.

Would you cast people differently next time?

I think the real discrepancy between an F-Boy and a Nice Guy is not a guy who likes to have lots of sex versus a guy who only wants to have sex with one woman. The difference is a guy that likes to have a lot of sex and lies to get it, and the guy that doesn’t lie.

In the final episode, Garrett Morosky blindsided Sarah and revealed he didn’t want a relationship. What was your take on him?

I just loved that Garrett seemed to me to be self-aware of his F-Boyness and knew where it came from. In the interviews I saw with him, he talked about being adopted from Russia and also valuing money and looks. It’s one thing to value those things and not know that it’s shallow and comes from a deeper lack of self-esteem or trauma.

I will excuse an F-Boy if they can show that they know where it comes from. Now whether or not they’re doing the work is another thing, and we’ll see if any of these boys are reformed. I hope we can get a reunion so we can catch up.

My favorite part of the show, 100 percent, was doing the F-Boy therapy sessions. It was the perfect mix of comedy and actually talking to these guys about what has made them want to lie to women in order to get validation and from sex, money, power, whatever it is. We all entered into that sketch thinking, “Oh, this’ll be funny.” But then I think we all walked away from it like, “Oh wow, there was something here where these guys kind of realized the root of what made them F-Boys.”

There’s a moment where Anthony and I hug at the end of a Sex-Ed lesson, and he writes a poem about not wanting to be an F-Boy anymore. And I felt like breakthroughs were made! And I will say I think that Anthony from the show is one of the best comedic actors I’ve ever met. I told him, I was like, “If I ever write a movie, you’re going to be in it, because what you did today, in terms of being vulnerable and also funny, was up there with some of the best comedic actors I’ve ever seen.”

How much downtime did the cast have?

The girls and the guys were working very hard. And that is part of what these reality shows need to be. In order for love to blossom this fast, to get as much drama and tumultuousness that a real relationship would have over the course of years—you’re putting a relationship into a pressure cooker—you need to make it so these people are constantly dating. Constantly talking about dating, and do nothing else except eat, sleep, and talk about boys.

The girls worked harder than anyone. I was very obsessed with them getting enough sleep and being taken care of, because I wasn’t really able to talk to them off camera. They didn’t want me to possibly slip some information, even though I didn’t have any. At one point, I slipped them notes like I was in high school and folded them into little origami shapes to just check in with them and say like, “Hey, if this is too much, here’s my hotel number. Try to find me and let’s talk.”

The whole cast was eating, sleeping, and drinking the show, whereas I had a lot more downtime.

How long did filming take?

It was the beginning of March through mid-April of this year.

How much did you know going in?

I seriously got emotional on the last episode. Not only because emotions were high, and there were a lot of surprises and shocks to both me and the women, but because I purposefully only wanted to know as much as the women knew. Even though I was an executive producer on the show, I purposefully asked not to be involved with anything that the women wouldn’t be privy to.

Could you tell who was a Nice Guy and who was an F-Boy?

Early on, they handed me a sheet of 24 guys on it. They were labeled Nice Guy or F-Boy. And they sent me the casting tapes and things like that. And I watched them weeks prior to going on the island. But I was like, “I’m going to Men in Black blinky thing myself so that I can play this game with them.”

And the truth is, I smoked too much pot. At least, I did at the time to actually retain memories of who was who. And the thing is, everyone seems like an F-Boy anyway. They all dress like one. The thing was, are there any F-Boys that turned out to be Nice Guys? Because that was always a shock. But really, I didn’t know.

All I know is that there have been casting notices posted for an HBO series set on an island for guys who identify as Fuck Boys. So, with that in mind, I hope that means something. But nothing is confirmed yet. But I’ve been sent a lot of like, ‘We saw this casting notice,’ and I’m just like, ‘Oh! I hope that’s the show I think it is!’

I hope they don’t replace me, but if they do, I would truly just sign up for the show to be a woman looking for love. I want to be on this show no matter what. I love it so much.

*Editor’s note: this interview was conducted before the official HBO Max renewal of FBoy Island.

This interview has been edited for content and clarity.

Milan Polk
Milan Polk is an Editorial Assistant for Men’s Health who specializes in entertainment and lifestyle reporting, and has worked for New York Magazine’s Vulture and Chicago Tribune.