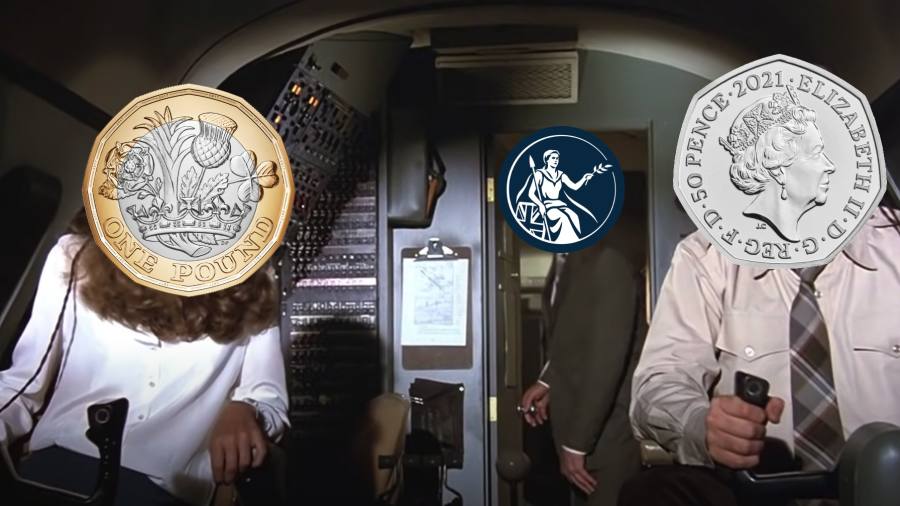 It’s a Bad Day for sterling, even badder than the Bad Day last week.

The pound dropped 0.8 per cent in morning trading in London to $1.137, the first time it has breached the $1.14 mark in almost four decades, according to Refinitiv data. The move reflected broad strength in the dollar as well as particular concern about the state of Britain’s economy.

Time being a flat circle, this latest slide lands 30 years to the day since Black Wednesday, when the pound plunged as Britain exited the European exchange rate mechanism.

Covering this ignominious flavour of benchmark has a habit of producing déjà vu moments: if cable is at a potential resistance point around $1.14, we might see several more ‘new 37-year lows’ headlines before things settle.

The alternatives are a rebound (!!!), or that sterling now enters some kind of continued death spiral, which means it won’t keep getting flashy ‘worst-since’ headlines as it heads towards its 1985 lows. That is a relief for financial journalists (🎻👌), and precisely nobody else.

The pound has had a horrid year against a mighty dollar:

In a broader sense, it’s merely having an awful year. Here’s the Bank of England’s trade-weighted sterling index, which shows the currency is down about 6.5pc against a basket of other currencies:

Against the euro, it looks bad but not utterly dreadful:

For some people, that may be sufficient reassurance, but given the dollar’s dominance in the global financial system, having cable near four-decade lows is not good.

The biggest worry, however, is how hard it is to see things improving from here.

Today’s drop has followed rubbish retail sales figures. The quantity of goods sold across the UK fell 1.6pc in August according to the Office for National Statistics, versus expectations of a 0.5pc decline. That’s bad.

Unfortunately, it looks like the decline can partially be pinned on the comeback of the summer holiday. Here’s Barclays’ Investment Sciences team, led by Ben McSkelly, in a note published today:

We think there are a few plausible theses as to why spending is decelerating.

1) Foreign summer holidays have rebounded, so other services spending is down because consumers aren’t physically in the UK to spend in sterling.

2) Consumers have cut back in order to pay for foreign holidays.

3) Consumers are cutting spending back generally in the face of the increased cost of living.

You can’t really blame people for going on holiday given the whole pandemic thing that’s been going on lately. But from sterling’s perspective, it’s about the worst thing they could be doing.

In theory, sterling’s defender should probably be the BoE, which insists it doesn’t target the exchange rate. Hawkish external Monetary Policy Committee member Catherine Mann has previously argued for rapid rate increases to try to support sterling, saying that by doing so the weak currency’s effect on import prices can be alleviated.

George Saravelos at Deutsche Bank — which is in something of a nerdy beef with Barclays over just how screwed sterling is — says the Bank “needs to step up”:

We showed last week that GBP in particular is exposed to severe balance of payments funding problems. This of course won’t manifest itself in the same way as 1992 or 1976 as there is no currency peg to break. But it does mean that the exchange rate is vulnerable to extreme dislocation if the Bank of England does not step up its response. A record current account deficit and more than 5% of GDP fiscal expansion funded at a -1% real yield simply won’t do.

But Threadneedle Street is taking heat from several angles: even as its major peers (the Federal Reserve and European Central Bank) went for 75 basis point increases, the BoE faces the double-whammy of having to adjust to shifting UK fiscal policy, and a rapidly-darkening economic picture.

We expect the Bank to hike 50bp at its September meeting and approve the start of its QT programme, conditional to market conditions. But the government’s energy package and increasingly adverse economic data look set to force the Bank to reset the narrative towards a more gradual tightening, likely in November.

Ugly data such as this morning’s — and the likely GDP hit the UK’s State of Obligatory Sadness will deal — further tie the BoE’s hands (the Old Lady has also done little to show her conviction by delaying a rate hike that should have taken place yesterday to next week, out of an inexplicable notion that doing so somehow honours the Queen’s memory).

And, as Rabobank’s Jane Foley notes, it might be too late for blowout hikes:

The promise of higher interest rates is not a guarantee of GBP strength when the economy is facing recession.

There’s a pretty compelling case that the only way is down.

Markets appear to be bracing for such a possibility. After a period of recovery, net positioning on GBP/USD has taken a fresh bearish turn:

Intriguingly, this reflects a schism between asset managers and leverage funds: check out the chart below, of the spread between positioning of the two groups. It is the widest since 2006. Hedge funds, which are roughly the longest sterling in four years, face getting burnt.

Looking more closely at positioning, there is a large build-up of pretty bearish puts in place for December — traders don’t seem to be betting on parity this year, but record lows are now being frequently wagered upon:

All of this bodes pretty poorly for the pound. As SocGen’s Kit Juckes put it in a note last week:

I hope everyone enjoyed their summer holidays — maybe Turkey next year?