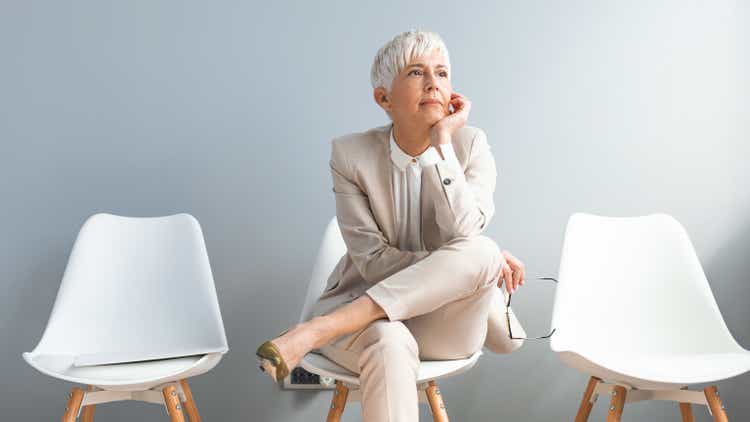 One more quarter, one more coverage of Northwest Bio (OTCQB:NWBO), the company with the record of running the most agonizingly slow clinical trial ever. We have been noticing, over the last couple of months, that there’s a nice little resurgence in the fortunes of biopharma stocks. Stocks that we thought, from every indication, of not having a future, have gone up. This is different from just a few months ago when stocks that we thought, from every indication, of having a great future, had gone down.

This is also different from NWBO stock, which has managed to stay stagnant in the last few months since I covered it – after that huge sudden jump after the company announced what appeared, at first sight, to be outstanding data in its rGBM trial.

The primary endpoint of the trial was:

The primary objective of this study is to compare overall survival (OS) between patients randomized to DCVax-L and control patients from comparable, contemporaneous trials who received standard of care therapy only, in newly diagnosed glioblastoma. [Time Frame: Until death]

The original primary endpoint was PFS. There’s a way to check the historical changes made to a study’s parameters, including outcome measures, on the official registry – see here. If you make the effort to check the original outcome measure from September 2005 to the current version from May 12, 2022, two days after they announced data, you can see that PFS has been changed to OS in the last specified date, May 12 2022. Until the last available prior date, October 12, 2016, the primary outcome was still PFS.

However, if you put more thought on this claim, it amounts to this analogy: a mountaineer was trying to conquer a lesser peak, but he failed, and then he changed his endpoint – he now aimed for the highest and most difficult peak – and he succeeded. And they are claiming that this is somehow a bad thing.

This claim only works if Northwest is perpetrating fraud. It only works if they are manipulating data and equivocating with the interpretation. That is a topic beyond the ability – or taste – of this author. However, I must say that if they were doing something fraudulent, it would have been easier to manipulate data for the PFS endpoint itself, rather than going into all the matter about pseudoprogression – I explained this earlier – and choosing a fresh endpoint. Since Overall survival is the gold standard in oncology trials, I fail to understand how this works out.

Indeed, like I mentioned in the previous article, the endpoint change to OS wasn’t done after data unblinding, it was done two years ago. Here’s the text from their March 2021 10-K:

The statistical analysis plan that we submitted to regulators for the Phase III trial embodies a different primary endpoint and secondary endpoint than did the original Protocol for the trial. Under the Protocol the primary endpoint was progression free survival, or PFS, and the secondary endpoint was overall survival, or OS. Both of these endpoints were confounded: the PFS endpoint by pseudo-progression, and the OS endpoint by the “crossover” provision in the trial design, which allowed all of the patients in the trial to cross over to DCVax-L treatment after tumor recurrence (while remaining blinded as to which treatment they received before tumor recurrence).

Another interesting thing is the placebo vs historical control angle. The original trial had a placebo design, but there was an unexpected number of crossovers (because placebo patients thought the treatment arm was useful). Thus, by the time data was to be unblinded, there were very few patients remaining in the placebo arm. Therefore, the company needed to compare data with historical outcomes data. That was also necessitated by the fact that the only approved drug, temador, doesn’t really work too well, and was a poor substitute for DCVax-L.

Some of my articles before have been unintentionally bullish. I do not consider myself a member of the NWBO fanclub. I have a terrible loathing for the entire “fan” concept. So I should list some risks here as well.

The first risk is, of course, the inordinate delay with the trial. 22 years – that’s how long this trial has been listed on the registry. It is difficult to pinpoint it, but this is not right. No clinical trial leading to an approval should go on for 22 years.

The second issue, which relates to the first, is that 22 years is a millennium in medical science. A lot of things change – have changed – in these years; needing for the trial to adjust to those things, leading to further delays and confusions.

Bears have brought out a number of other risks, mainly to do with the science, the trial design and so on. These are confusing because for every point they have, there’s an equally convincing counterpoint from the bulls. After more than a few years covering NWBO, it appears to me that it all boils down to one question – is there data falsification? As someone involved with science, this particular claim shakes the very foundation of our belief system. Of course, this does sometimes happen. Recall the very recent disclosure that the most important paper on Alzheimer’s Disease, the paper which led to decades of (mostly futile) research on amyloid beta plaque and its relation to Alzheimer’s, has now been convincingly shown to have been based on falsified data. So this does happen, but to take that as an initial assumption will destroy science. Unless such data falsification becomes legion, let us avoid alleging malpractice in every confusing scientific pursuit.

This leads us to the last remaining risk, which is whether they have funds to sustain themselves.

NWBO has a market cap of $693mn and a cash balance of $6.96mn as of the last quarter reported. They have a $15mn loan facility with Streeterville Capital, which will be changed to equity if TLD is positive/announced.

The company has been trying to build up manufacturing.

I don’t have a lot of new stuff to offer. However, per my plan to cover this company once every quarter, I will continue to cover it. The next step in the strange story of NWBO will be regulatory steps, like the filing of an NDA. Before that, we also need an official announcement of TLD; although the May 10 ASCO update is as good as one. I will continue covering NWBO. I hold a few shares.