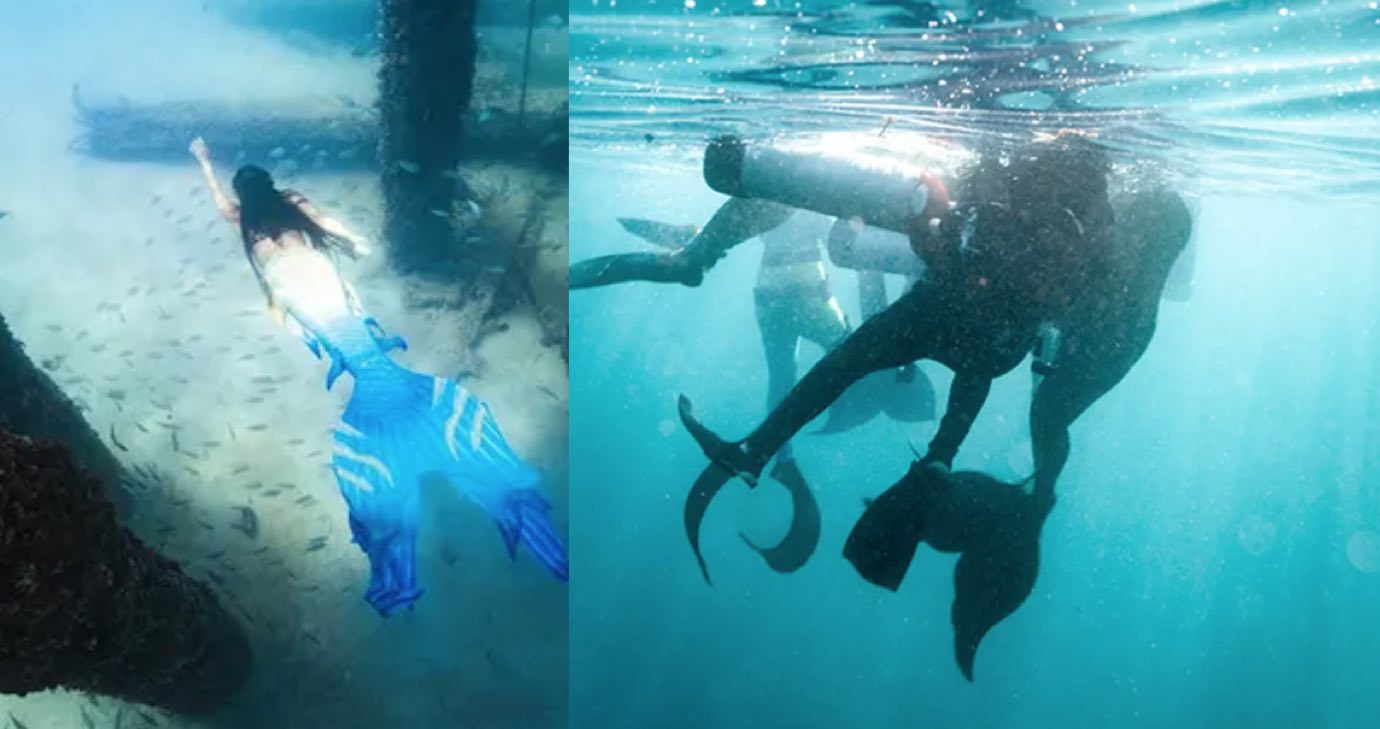 A fairytale rescue saved an experienced diver from drowning when a trio of mermaids suddenly showed up off Catalina Island in California.

Pablo Avila lost consciousness while scuba diving with his son and a friend on Oct. 23, which coincided with the second day of a mermaid training course nearby.

A 33-year-old mermaid performer and diver from Miami who was leading the certified diving course in open water jumped into action when they all heard calls for help.

Elle Jimenez and two of her students, all donning their mermaid fins, used their training—and their tails—to speedily take control of the situation.

Mermaid student Elaina Marie Garcia, a certified diver who also works as a firefighter, said Mr. Avila was foaming at the mouth and unconscious by the time they reached him.

The mermaid pod quickly removed his heavy dive gear, which can weigh 30 to 40 pounds, and underwater weights that can add another 35lbs.

“I gave him rescue breaths in the water,” Garcia told Fox News. “My training kicked in, and I had the muscle memory I needed to get his scuba gear quickly and efficiently off.”

“I think we were all meant for these roles and that moment proved we were exactly where we needed to be,” said Jimenez.

RELATED: Becoming a Part-time Mermaid is a Big Trend in China – It’s as Difficult as it is Lovely

They also coached a second diver to use breathing techniques to calm him when he was panicking and in distress.

Garcia was thrilled that Mr. Avila survived, saying she believed “it’s rare to come back from needing full CPR to breathing, talking and smiling.”

They hope the story spreads the word that “mermaiding” takes athleticism, above all.

“It’s not just pretty tails and smiles, but we can save lives, too … with grace.”

WATCH the news coverage from KTTV-11 in Los Angeles…