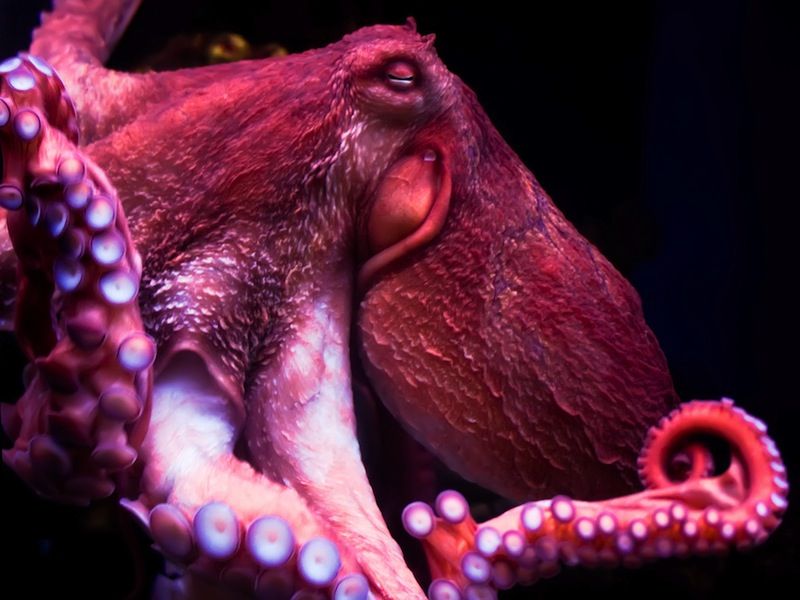 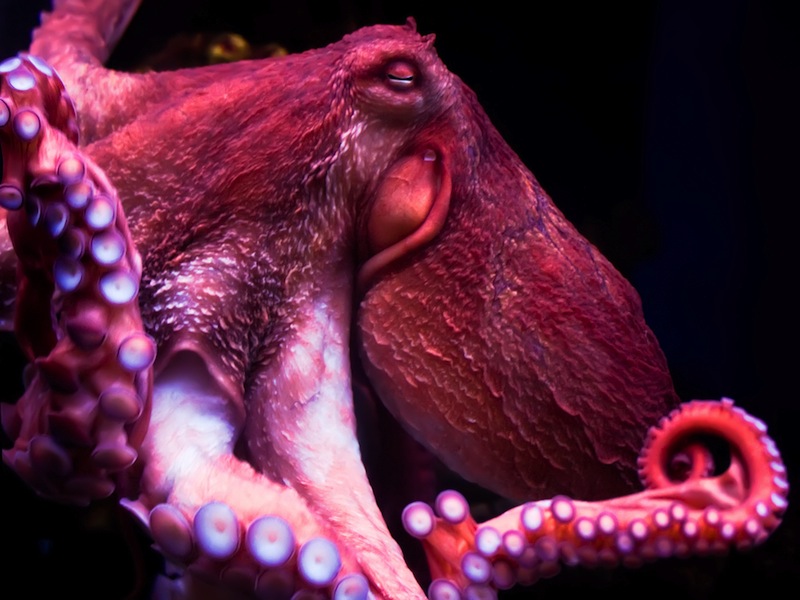 Octopuses may have gained some of their exceptional intelligence from the same evolutionary process that humans went through, a new study suggests.

The process involved a sudden explosion of microRNAs (miRNAs) — small, noncoding molecules that control how genes are expressed. This increase may have helped the brains of octopuses and humans to develop new types of nerve cells, or neurons, which were stitched together into more complex neural networks.

Octopuses and their close cephalopod relatives, such as squid and cuttlefish, have been a subject of fascination among biologists ever since the third century A.D., when Roman author and naturalist, Claidius Aelianus, noted their “plainly seen” characteristics of “mischief and craft.” Octopuses possess remarkable memories; excel at camouflage; are curious about their surroundings; have been observed using tools to solve problems; and, from the ripples of colors that flash across their skin as they sleep, are even thought to dream.

Related: Octopuses may be so terrifyingly smart because they share humans’ genes for intelligence

But the exact foundation for how their minds evolved such complexity independently from our own remains a fascinating puzzle. Humans’ last common ancestor with octopuses, for example, was a seafloor-trawling flatworm that lived around 750 million years ago, and did not possess anything other than a rudimentary brain. One recent study found that jumping genes, known as transposons, could account for some of Octopuses’ smarts. Now, a new study published Nov. 25 in the journal Science Advances might have found another important piece of the puzzle.

“If you want to find out about the intelligence, or the brains, of an alien, a good model for that is studying the octopus,” study senior author Nikolaus Rajewsky, a systems biologist at the Max Delbrück Center for Molecular Medicine in Berlin, Germany, told Live Science. “The evolution of its complex brain, and the cognitive features that come with it, happened completely independently from us. So by comparing it to us, you can learn about general features shared between us, but you can maybe also find stuff that the octopus has that we don’t.”

The researchers studied 18 different tissue types taken from dead common octopuses (Octopus vulgaris), analyzing their RNA and comparing it to the RNA belonging to other cephalopods such as the California two-spot octopus (Octopus bimaculoides) and the bobtail squid (Euprymna scolopes), as well as more distant relatives such as the nautilus and cnidarians.

RNA is a single-stranded length of genetic code that gets transcribed from DNA to make proteins within cells, and is sometimes involved in regulating gene expression. Initially, the scientists believed that octopuses were using specially evolved enzymes to edit their DNA for greater neuronal complexity, but what the tissue analysis revealed instead was a historical explosion in the number of different miRNAs conserved across multiple species of cephalopods; a number comparable with those found in some vertebrates, such as humans.

MiRNAs are tiny chunks of RNA that bind to protein-coding RNA strands, regulating their activity and silencing the expression of certain genes. This enables the genome to be more finely tailored to specific purposes, creating new types of brain cells that can be chained into more elaborate neural webs. The researchers found a whopping 51 new miRNAs families conserved across octopuses and squids since their ancestral lineages split more than 300 million years ago, and octopuses alone gained 90 since their last common ancestor with other molluscs such as oysters — which had acquired only five.

“This is just spectacular,” Rajewsky said. “Octopus microRNA numbers shoot up to reach levels comparable to those of complex vertebrate brains.”

The researchers also found that the octopus miRNAs are expressed most prevalently in nervous tissues in the developing brains of octopus hatchlings — a strong suggestion that the RNA regulators are driving the development of more complex cognitive abilities.

The researchers stress that a direct link between miRNA numbers and advanced intelligence is not yet directly proven, and that to establish this link scientists will need to complete a follow-up study into the cell types that the novel miRNAs map onto. By doing so, the scientists hope to not only find the things we share with the alien brains of octopuses but also unearth parts of the octopus genome that could be used to develop better tools for editing our own.

“This is not, I think, totally crazy, because many things have been discovered like this,” Rajewsky said. “For example, CRISPR-Cas9 doesn’t exist in our genome, but bacteria have it and so you now can use it to edit our own.”