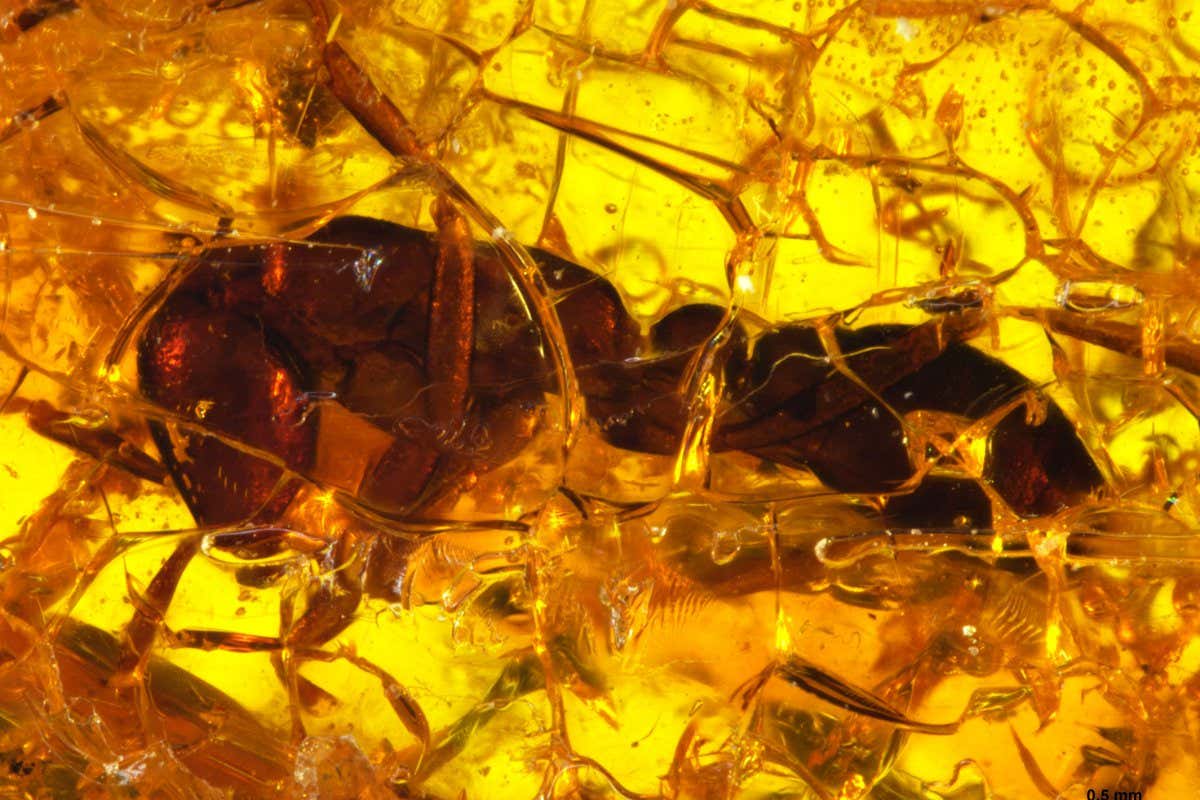 The world’s oldest army ant has been identified in a block of 35-million-year-old Baltic amber. The unexpected discovery suggests that the blind, belligerent insects – now common in Africa and South America – once roamed the European continent.

“We didn’t think they were in Europe,” says Christine Sosiak at the New Jersey Institute of Technology. “It’s actually completely unheard of to find them there. And yet here we have this [European] army ant, from so far back in history!”

Sosiak was investigating amber-embedded ant fossils, stored at Harvard University since the 1930s, when she came across a specimen that appeared to be mistakenly identified as a member of the common Platythyrea genus.

“I put it underneath a microscope and thought, ‘Wait, that’s definitely not the species that’s labelled [as],’” she says. “‘It’s something entirely new, something really odd and interesting.’”

Using photography and microscopic CT scans, Sosiak and her colleagues created high-resolution images and a 3D model of the well-preserved, shiny brown ant. They realised that, unlike most species of ants, this insect had no eyes, sharply pointed jaws, a single waist segment and a large gland that would have secreted protective fluids necessary for living underground.

“She probably just got lost,” Sosiak says of the fossilised ant. “She lost the pheromone trail; she veered off from it and went just a little bit too far and got stuck in tree resin.”

The team named the ant Dissimulodorylus perseus, based on the Latin word dissimulo – which means conceal or hide, since the insect’s true identity eluded scientists for more than 80 years – and in reference to the Greek mythological hero Perseus, who defeated Medusa without being able to look at her.

The discovery represents the second confirmed army ant fossil, she says. The first – a species known as Neivamyrmex ectopus – was found in 16-million-year-old amber from the Dominican Republic.

While unexpected, the Baltic army ant discovery makes sense considering that Europe was warmer and wetter during the insect’s lifetime, she says.