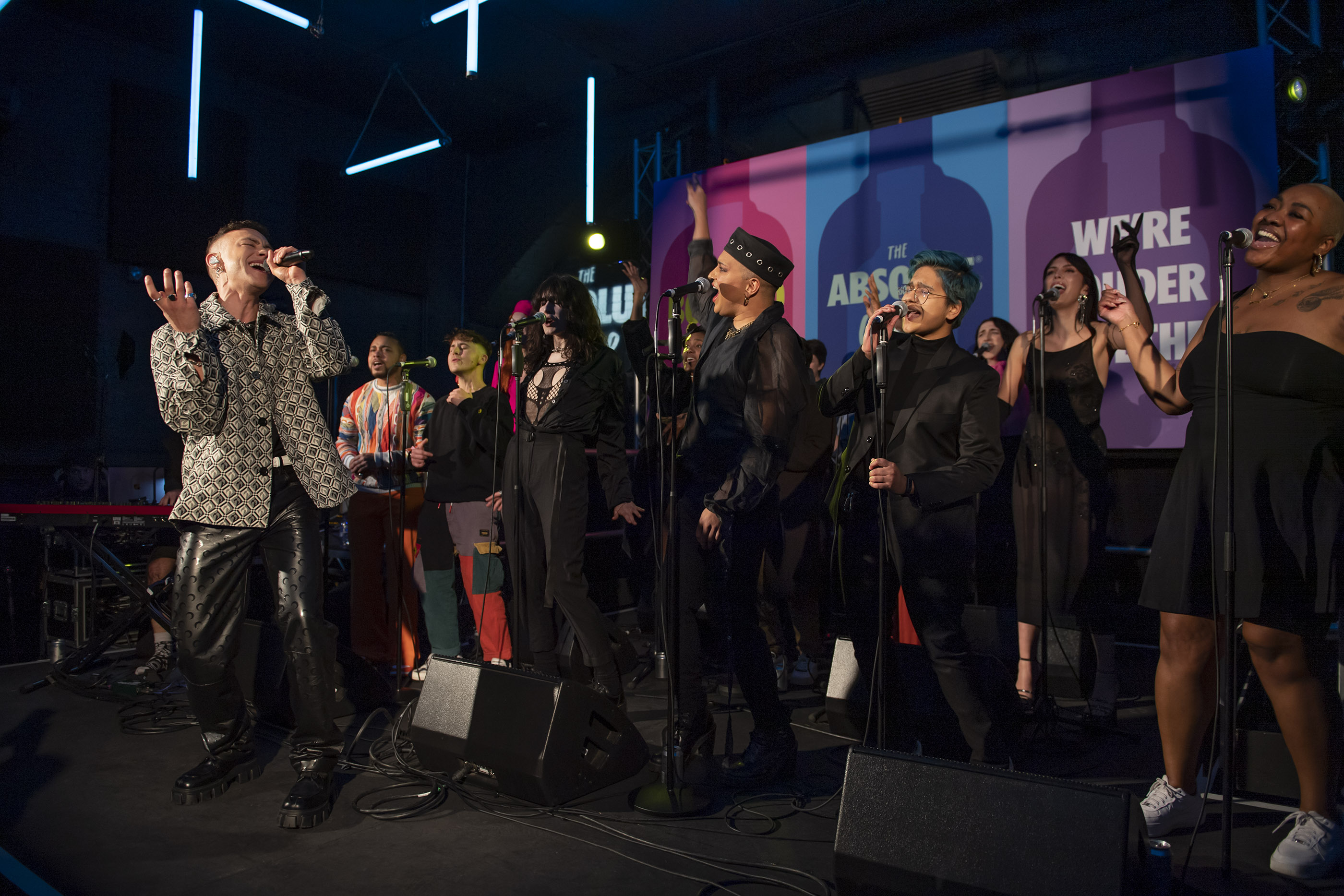 Olly Alexander has hailed his latest project with the Absolut Choir as “one of the most diverse productions” he has “ever been involved in”.

This week he gave his first live performance with the choir, which is made up of diverse talent – including members and singers from Trans Voices and changemakers who are raising the volume on causes such as LGBTQ+ rights, disability awareness and body positivity.

The Bafta-nominated It’s A Sin actor and Years & Years singer, 32, launched the choir earlier this month in collaboration with Absolut Vodka, as part of their Born To Mix campaign and cultural programme, which sees unexpected and diverse creatives working together on projects designed to drive conversation and progress in the UK.

Speaking before the event, Alexander said: “When Absolut came to me with this project I instantly had so many ideas, from working with the TCC [Trans Creative Collective] and Trans Voices to re-recording Shine, I wanted The Absolut Choir to be entirely inclusive.

“I have worked in this industry for a while and can genuinely say this has been one of the most diverse productions I have ever been involved in, from the crew to the people both in front of and behind the camera, it’s good to feel like things are changing.

“I’m so lucky to have a platform for my voice and I want to use it to put the spotlight on people and things that need to be heard. We are literally here to amplify people’s voices and I can’t wait to see what else is to come from these incredible people.”

Following the performance, Alexander and fellow changemakers Kenny Ethan Jones, Nyome Nicholas-Williams, Max Churchill, ILĀ and Nicolaeff returned to the stage for a panel discussion hosted by comedian and Celebrity Gogglebox presenter Fats Timbo – with the conversation covering the power of coming together to raise each other’s voices and hopes for future change.

As Trans Voices’ Nicolaeff told the crowd: “The things that we can struggle with – transphobia, racism, fatphobia, ableism. These things ultimately, they are different struggles, they’re different issues, but they have a very common root.”

To find out more about The Absolut Choir and Born To Mix, visit absolut.com/borntomix