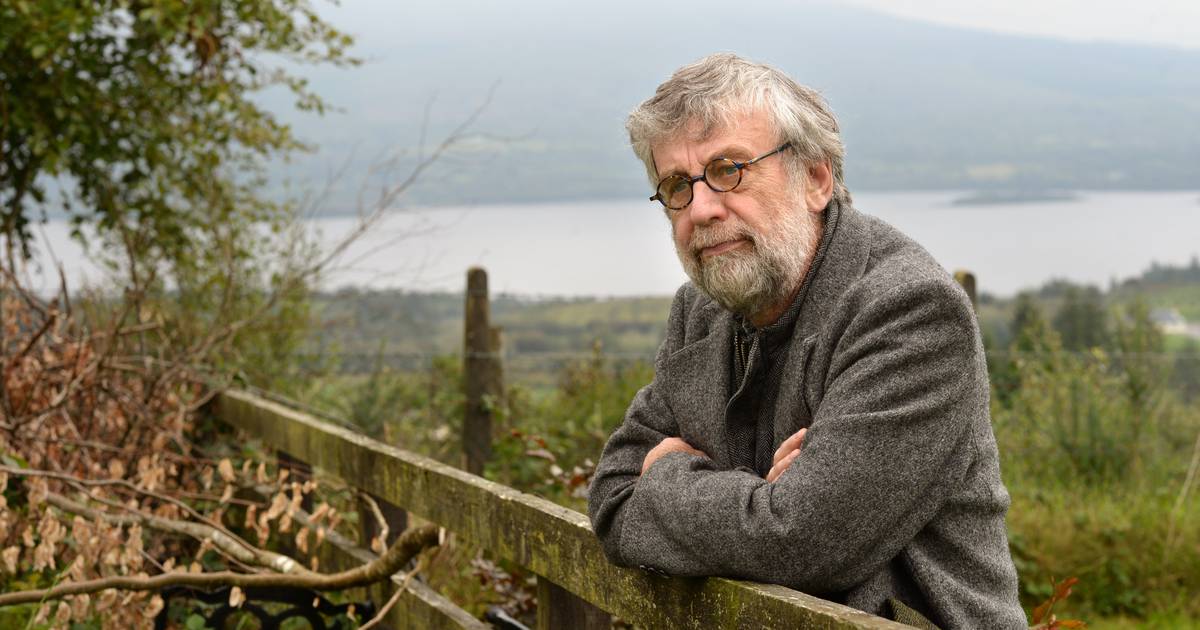 I was wondering what to wear for the annual general assembly of Aosdána, an elite body of artists who gather once a year to elect new members. And even though I don’t receive the Cnuas, a coveted stipend that keeps the wolf from the artistic door, I am very grateful to be a member. My peers in the arts world are a sophisticated bunch, committed to the eradication of toxic patriarchy as passionately as the Government is to eradicating TB from badgers, so I’m always very careful about my appearance. As the General says, “Show me the jacket and I’ll show you the man.”

A well cut pinstripe is acceptable nowadays among poets and painters, but adding a waistcoat could suggest an overbearing masculinity; a delicate deference to some white male past. And a necktie might seem completely over the top; a reminder of class distinctions. Not that I would ever dare to dress as dapper as Jordan Peterson, especially since I don’t have his waistline, but there is something about flamboyant neckties that I enjoy.

[ Michael Harding: I wiped tears from my eyes even though I didn’t know I was crying ]

In my youth I wore wide lapels and bell bottom trousers in muted orange but the tie was the garment I cherished most. Although even back then it was on the way out, particularly at public dances. I would always hide it in a coat pocket before staggering into the lights beneath the crystal spinning ball in order to assimilate with other men.

Golden chains were fashionable back then which young men bought at stalls in Mullen Mart outside Swanlinbar; cheap bling dangling on their chests in thickets of black hair. They were real men. They had tractors outside the dancehall, or else were on holiday from building sites in London. I was merely a teacher with a smooth and hairless white chest so I certainly wasn’t going to adorn myself with jewellery. The tie was my mark. That was my identity.

“The necktie maketh the man,” as the General likes to say, “it’s a nod in the direction of the 18th century when gentlemen were not afraid to be flamboyant.”

I was in Donegal when the day of the Aosdána meeting arrived so I took the morning flight from Carrickfinn.

Even if there were bicycle lanes from Dungloe all the way to Donnybrook it would be too far to cycle and in Donegal there isn’t one single train going anywhere, and I’m nervous of city driving, so a flight was the only option.

I rose at 6am and considered my choices; a yellow tie with a dark shirt or a brown tie matching a waistcoat.

[ Michael Harding: A shower meant for lovers? ‘It was like standing naked in a field on a wet day’ ]

I opted for yellow, daring to be bold, but as I parked the car at the airport I got cold feet and threw the tie into the back seat.

An open-neck shirt would not look too assertive, I thought; it reflects a kind of muted manliness. And if it helped me blend in on the dancehall floors of my youth, then why wouldn’t it be casual enough at an assembly of elderly artists?

In fact, I had considered proposing a motion to the assembly that we incorporate dancing into our schedule; an hour of waltzing around the room might be beneficial for those of us with creaking limbs and less divisive than formal debates.

For lunch, we were all sitting around circular tables like a wedding party, when to my dismay one of the finest writers in the country sat opposite me

But the assembly is a busy hive, and there’s little time for frivolity. The voting was finished by lunch and one lucky artist was elected from a field of 24 candidates. Of course, the members would have welcomed all 24 distinguished candidates but, apparently, the Arts Council insists on limiting the number of members so that only one place was available.

[ Michael Harding: I confessed to the English ladies I had never heard of Katie Price ]

For lunch, we were all sitting around circular tables like a wedding party, when to my dismay one of the finest writers in the country sat opposite me, with a plate of spicey beef, a salad, a black forest gateau, and wearing a grey suit and a f**king yellow tie.

He looked stunning, and I could only despise my own lack of courage. My neck felt naked. I was underdressed. And so devastated that I left early. Which was fortunate because the plane to Donegal also left early in order to avoid a storm coming in from the Atlantic.

The following morning was calm and I walked the beach to see what the tide had thrown up. The slanting sun lit the sand dunes and I walked alone with no other soul to witness me, in my white flannel trousers and my lovely yellow tie.