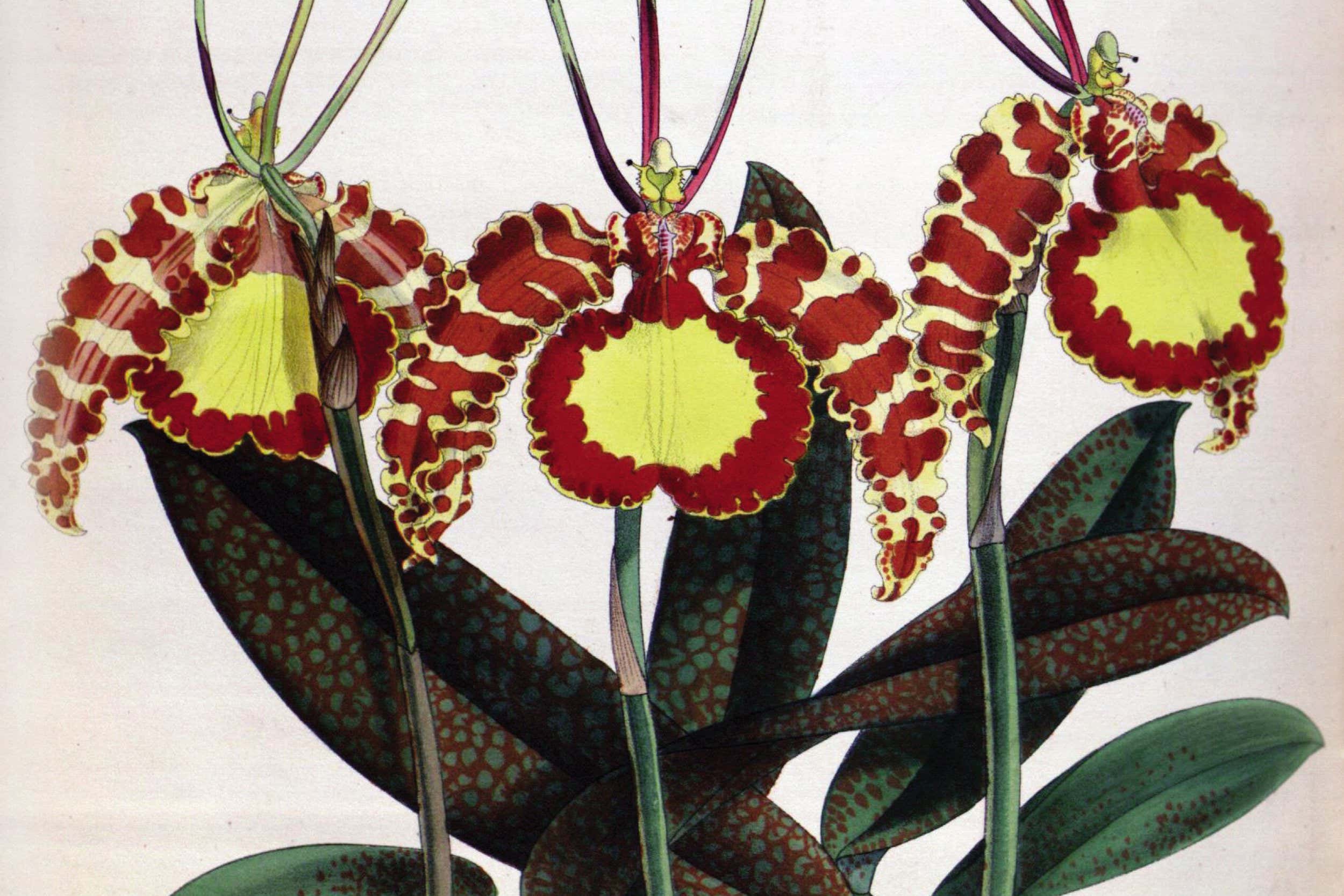 These images from a new illustrated book chart the long human love affair with orchids, the incredible family of flowering plants that continue to captivate us today

THIS flamboyant selection of images celebrates one of nature’s most beautiful and inspirational flowers – the orchid. They are taken from the upcoming book Orchid Muse: A history of obsession in fifteen flowers by environmental historian Erica Hannickel, which is out in December.

Orchids have left their stamp on culture and art over the course of human history, with terms including “orchidomania” and “orchidelirium” in use since the 19th century, reflecting a more recent obsession with the plants.

The top image is an illustration of a butterfly orchid (Psychopsis papilio) taken from the 1887 book The Orchid Album. The genus was renamed from Oncidium by French polymath Constantine Samuel Rafinesque, who documented many North American orchids. Psyche, writes Hannickel, means personality or soul in Greek, while papilio means butterfly in Latin. The image above shows Psychopsis Mendenhall, a hybrid with 75 per cent P. papilio parentage.

An image from the American Orchid Society Bulletin from 1946 (above) reveals the fashionable status bestowed on orchids in the US after the war.

And Matthew Darly’s 1777 illustration, The Flower Garden (pictured above), is a humorous nod to the popularity of botany in the late 18th century, which saw women decorate their hair with flowers and caterpillars, among other embellishments.