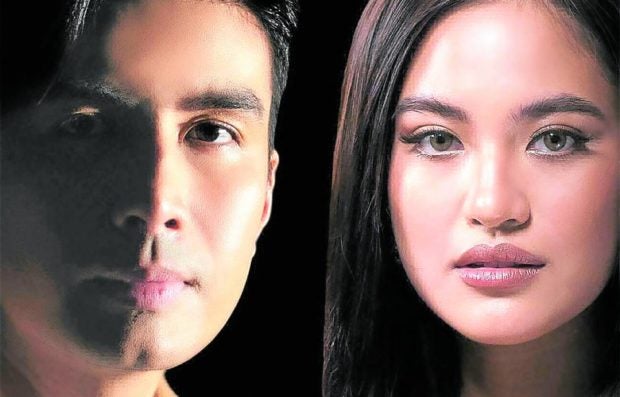 How do Christian Bautista and Julie Anne San Jose mend a broken heart?

Thank God, he’s already married, Christian quipped, but back in the day, he used to try all sorts of things to cope. “There were times when I buried myself in work. I tried spending time with my friends and family. I counted my blessings and ate a lot of good food,” he said in a recent virtual conference for “Everybody Hurts,” his new duet with Julie Anne San Jose.

“But it really is just a matter of time. Sometimes, you move on quickly; other times, it takes longer,” said the 40-year-old singer, who has been married to his wife, Kat Ramnani, for three years now.

For Julie Anne, the best thing one can do to nurse his or her heart back to life is to “reflect and reconnect with yourself.”

“When you do that, you may end up finding things that can make you feel lighter. You may discover new things … become more open to putting yourself out there. We have different ways of coping so find your sense of freedom and keep in mind that it will eventually pass,” she said, adding that having a good support system is also important.

“Surround yourself with your family, or people who can guide and who love you,” the 27-year-old singer-actress added.

While romantic couples may find “Everybody Hurts” relatable, the single’s message is universal. Released by Universal Records the song touches on perseverance and positivity; everyday struggles and harsh realities. It points out that while there are people blessed with persistence, resilience and fortitude, they’re not invincible and are only human.

“Everyone is going through something; life isn’t always about happy things … We acknowledge those hardships, and try to find a silver lining,” Julie Anne said. “I think the song’s message is very timely and relatable.”

She hopes that the song’s “cathartic” vibe can uplift the spirits of the listeners. “Everyone has bad days, but you have to keep on going, because you need to. It’s a cycle. I hope that the song can reassure everyone that there are better days ahead. So keep your head up high,” she added. “Sometimes, even the strongest, most capable people also need saving.”

Christian, meanwhile, said that despite the pandemic, artists like him and Julie Anne must continue creating music to connect and inspire people.

“‘Everybody Hurts’ is a reminder to a friend or a partner you can’t avoid getting hurt, no matter how hard you try to avoid it … It’s a part of life. But it also promises that you will be there for that friend, partner or family member no matter what,” he said. “There are a lot of songs that say that everything’s going to be alright, but the reality is that not everything will be alright. You will get hurt. It’s just about processing the pain and finding someone you can trust.”

While Christian and Julie Anne try their best not to let their personal issues bleed into their professional life, there are instances, they agreed, when pain can benefit their art.

“There are things that are out of your control … And I can usually filter out my problems when I’m feeling hurt and sad, so that it doesn’t affect my work. But sometimes, I use the pain to do something better, something that can help with my singing,” said Julie Anne. “I use it as motivation and encourage myself. And sometimes, the pain helps a lot when I’m writing a song.”

“Yes, pagkakitaan na lang ang pain!” Christian said, laughing. “Well if you’re fresh from a breakup and you have to perform sad songs, then it will be so easy.”

While Julie Anne and Christian work together in the GMA 7 programs “The Clash” and “All-Out Sundays” and musical series “Still,” the last time they recorded a song was in 2015, a cover of the love song “Cruisin.” That’s why they’re happy to have the opportunity to do a duet, now that they’re more mature.

“I used to just watch his performances, so it still feels surreal to sing with him. It’s amazing to perform with such a good friend, a mentor I look up to. How he is as a person reflects on his work. I admire his professionalism and wisdom,” she said.

“Working with her is always a pleasure, whether singing live, recording a song or acting, because she always brings her A-game,” Christian said of Julie Anne. “The last duet we did was years ago, and I can say that our musical approach this time was more mature.” INQ