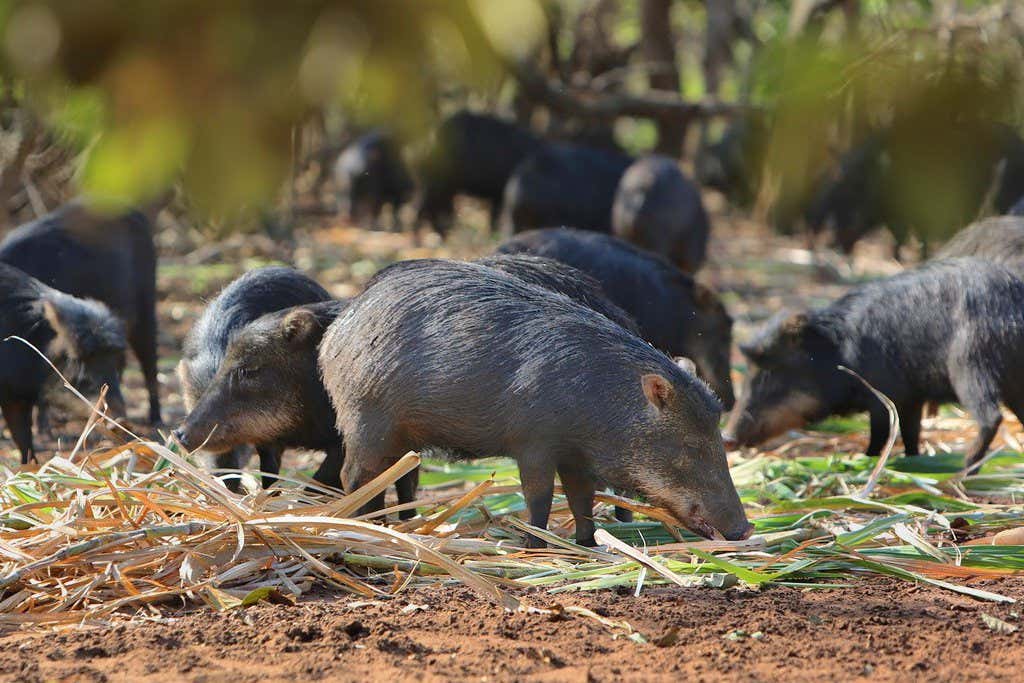 Massive herds of a hairy, pig-like creature known as a peccary sometimes disappear suddenly across much of the Americas, and now we know why – its populations go through 30-year cycles of boom and bust

Huge herds of hairy, pig-like animals called peccaries suddenly vanish and don’t come back for years – and it seems to be because their populations are growing so large that they wipe themselves out.

It is the first example of natural population cyclicity documented in a mammal in Central and South America, and the largest in geography and timescale for any mammal in the world, says José Fragoso at the University of Brasilia in Brazil.