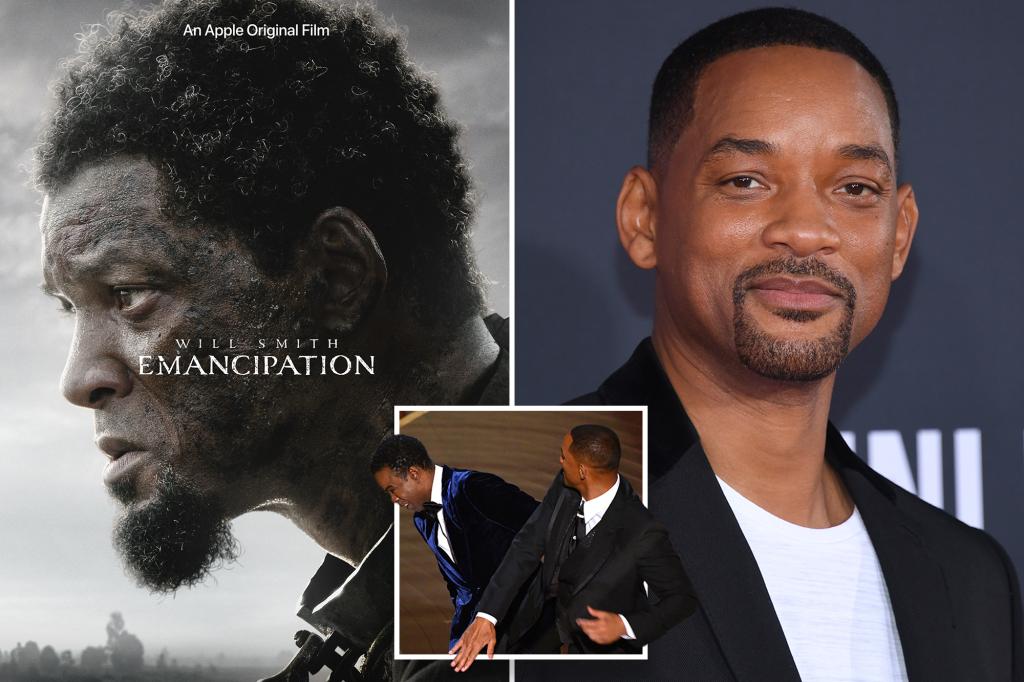 Will Smith has acknowledged that his fans may not be “ready” to watch him on screen in the upcoming drama film “Emancipation.”

The movie is the 54-year-old’s first project following his controversial slapping of Chris Rock at Oscars 2022 earlier this year.

The “King Richard” award winner made the blunt revelation during in an interview with FOX 5’s “Good Day DC,” journalist Kevin McCarthy recently and he asked Smith what he “would tell people who say ‘I’m not ready’ ” to watch him again.

“I completely understand that if someone is not ready, I would absolutely respect that and allow them their space to not be ready,” Smith told McCarthy. “My deepest concern is my team – [director Antoine Fuqua] has done what I think is the greatest work of his entire career.

“My deepest hope is that my actions don’t penalize my team,” the father of three said.

The drama stars Smith as a runaway slave named Peter who found asylum in Louisiana and winds up joining the Union Army.

Smith continued: “I’m hoping that the material – the power of the film, the timeliness of the story – I’m hoping that the good that can be done would open people’s hearts at a minimum to see and recognize and support the incredible artists in and around this film.”

“I’m hoping that the good that can be done would open people’s hearts at a minimum to see and recognize and support the incredible artists in and around this film,” Smith stated.

Fuqua, 56, addressed the slap before the movie’s release in a Vanity Fair profile released on Nov. 15, saying: “My conversation was always, ‘Isn’t 400 years of slavery, of brutality, more important than one bad moment?’”

The “Equalizer” director went on: “We were in Hollywood, and there’s been some really ugly things that have taken place, and we’ve seen a lot of people get awards that have done some really nasty things.”

“So no excuses for anyone or anything, but I can say that he’s a good man and I hope that people can forgive him and that we can move forward,” the “Training Day” filmaker concluded. “I hope Chris [Rock] and Will find a way to sit together publicly, privately, whatever, and make amends.”

The “Fresh Prince of Bel-Air” star caused a stir among Hollywood when he smacked presenter Chris Rock at the 2022 Academy Awards.

Smith has since been banned from attending the show for the next decade. Meanwhile, early audience reactions to “Emancipation” have been strong after a special screening hosted by the NAACP during the Congressional Black Caucus Foundation’s 51st Annual Legislative Conference on Oct. 1.